Ratchet was one of the first Voyager class figures to hit the shelves. With the 3rd wave of Voyagers, he was redecoed to resemble his G1 colors. Best Buy now offers a 3rd variant to Ratchet with a metallic colored version.

Like the other Best Buy Voyager (Megatron), Ratchet gets an exclusive box. The box offers a clear view of Ratchet in his robot mode, which is ideal for those who will never open this box. 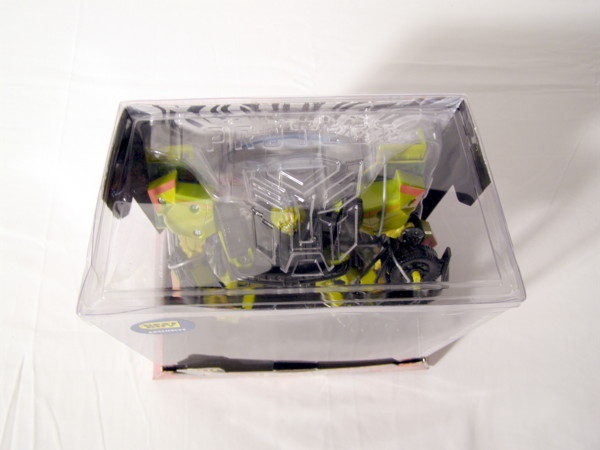 The box top also has some embossing on it. Along with an Autobot insignia is the word "Protect". A nice twist is, should you be crazy like me and open the box, the top lid is it's own piece. You can then save the boxtop without having to trim it off the rest of the packaging. Since I previously reviewed Ratchet, I will spend the remainder of this review pointing out the differences between the original and the metallic version.

At first, it's kinda hard to tell the difference between the 2 in Alt mode. However, the metallic version has a deeper green to it. It also has a bit of a shine. Although that might not sound like much, it does give it a more appealing look.

Can you tell which one is which? Answer is at the end of this review. 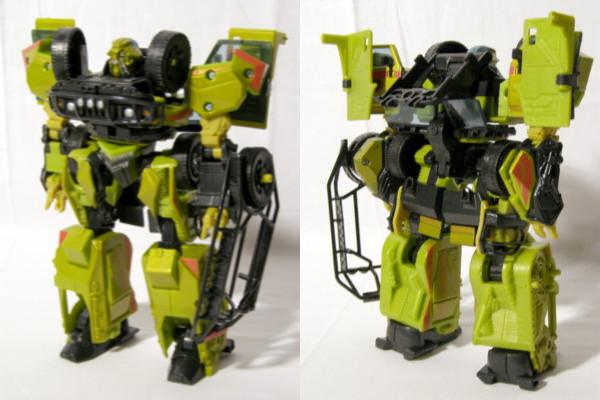 The robot mode is where this one has some added benefit. Strangely enough, I also found a slight improvement with the mold. On the original, the windshield split and sat on his sides. With the metallic version, you can actually swing the glass all the way to his backside. This does help out the look quite a bit. Not sure if this was also incorporated into Rescue Ratchet as well. If someone knows, please tell. 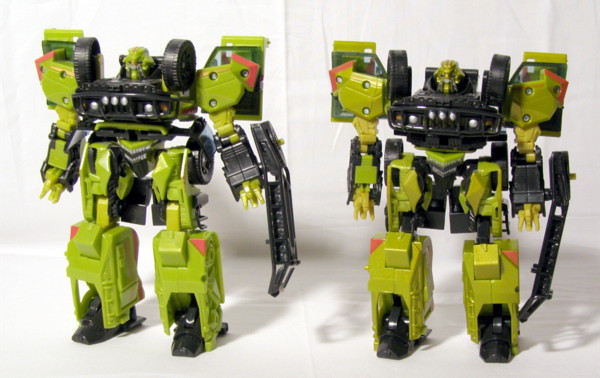 Wanna guess which one is the Metallic version? It's a little easier to tell in the robot mode. Both comparison pics had the Metallic version on your right side. The head sculpt by the way has much improved detail. I wish they upped the detail on the rest of the body as well. As it stands, for those who already have the first Voyager Ratchet, there's not enough difference to throw down another $20. However, for those who have been debating getting another Ratchet as a MIB showpiece, Best Buy has the best answer.