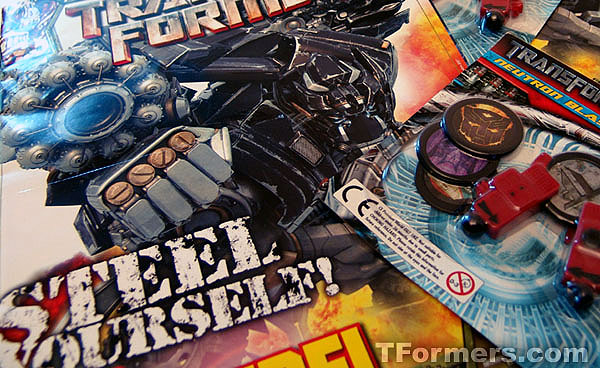 Titan's got it going on with a large format publication that offers comics, games, spotlights, posters and even some exclusive toys and other goodies. Issue 5 comes with a swell Transformers Neutron Blaster disk launcher. Previous issues have included exclusive buttons, key chains and other keen Transfromers items that really make these magazines one of the best Transformers publications I have ever seen. 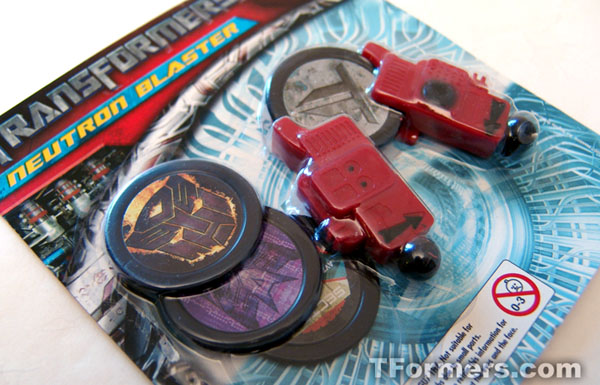 As mentioned these are large format magazines much like you will find with mags like Rolling Stone, its full color throughout with crisp high quality printing. The magazine is beautifully laid out with in your face graphics. Robots popping out of every page, its not just eye candy either. The Issue #5 we got focuses on Ironhide. There's a great shot of him on the cover with loads of detail. Check the battle damage and those pipes and wires around his armament. Too damn cool for words, the people at Titan are just getting the Ironhide party started. Inside you'll find an all new comic story featuring none other. Scripted by Simon Furman with fan favorite Guido Guidi jamming on the Artwork - When we catch up with Ironhide this time, we get a look at his protoform and inside the character we really didn't get time to know in the movie. Ironhide meets an alien force who have got an interest in the Allspark. Easily agitated things escalate and a fierce battle ensues... I don't want to spoil it so you'll need to get the mag and read the rest. 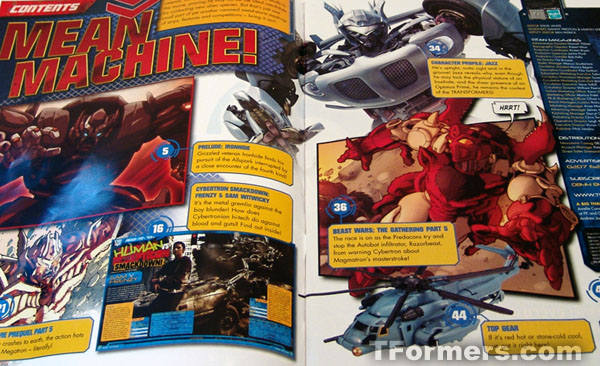 There's more! At roughly 50 pages, Titan's got all sorts of TF goodies packed into every issue. The Ironhide comic is followed by their interesting Head-to-Head feature. This time pitting Human, instead of Autobot, against Decepticon Smackdown. This go round its Sam Witwicky versus Decepticon Frenzy. Breaking down the details: we get the backstory, battle stats, weapons, strengths, weaknesses and the whole skinny on these guys - Tough stuff! This issue continues with part 5 of the Movie Prequel comic reprint from the original IDW comic series. 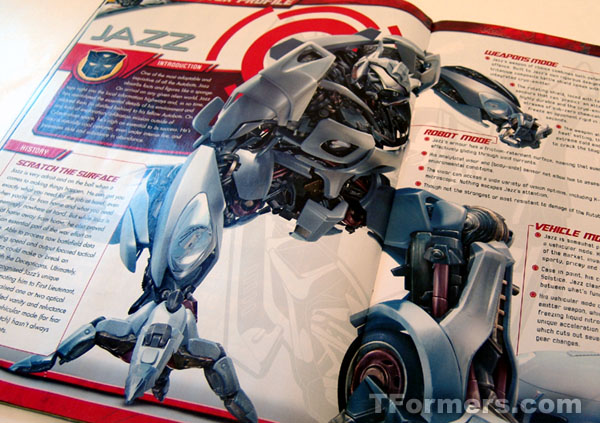 Issue #5 continues with a character profile spread on Jazz. We get the details on some of his robot tech as well as a good overview of that kickin' weapon of his. For Beast Wars fans, the saga continues with part 5 of the Gathering. Furman and Figuroa get beasty as we meet up with B'Boom and and company for an encounter with Magmatron. Issue #5 wraps up with an awesome fan art section. Great stuff, keep up the fine work boys and girls! 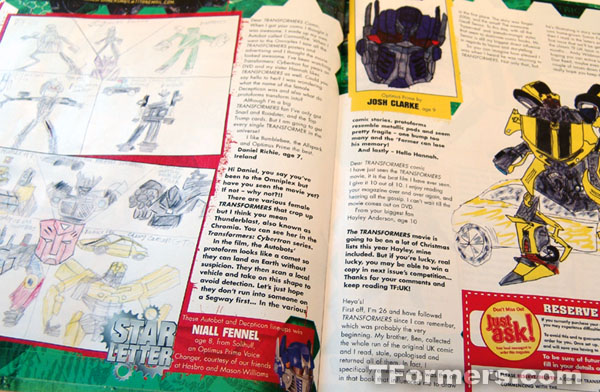 Oh and be sure to check the newsstands on December 6th for Issue #6 that features All That Jazz and comes with an exclusive Transformers Target Game pack-in!