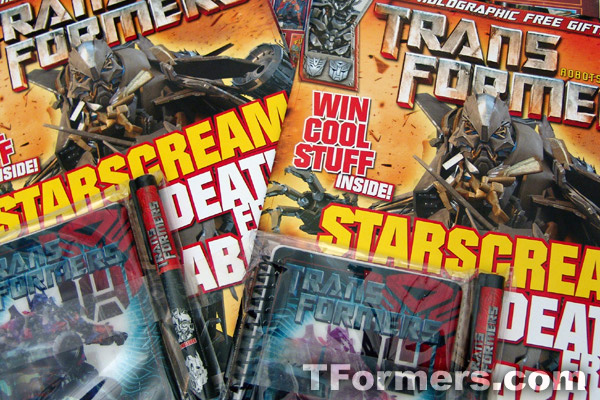 The oh sooooo evil Starscream takes front and center in this month's Transformers Number 7 magazine from Titan. If you didn't get your fix in the movie, Titan's giving us another helping of his darkness that fans will love to hate. Likewise January issue offers up more comics, poster, a swell new exclusive Holographic "Transformers" notepad and pen pack-in and more surpises! 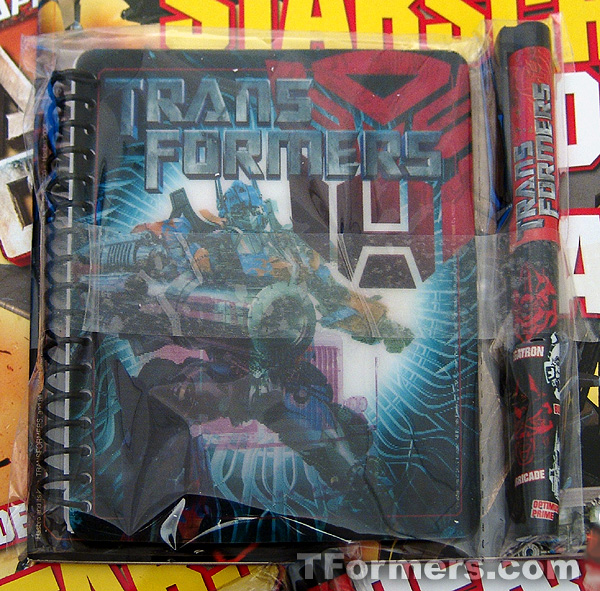 A few minutes after Megatron's death Starscream recoups with a plan of his own. Once again the self-elected leader of the Decepticons weilds his control over evil at the Autobots. Alone and out-gunned Starscream makes a fascinating discovery. The integration of Megatron's dark Allspark power in human technology can be reused to assemble a force of robot zombies under under Starscreams power. Mindless and relentless, the Autobots are overwhelmed and near exhaustion fending off the onslaught of the Decepticons new weapon. This issue includes a fabulous mini-poster of what appears to be Brawl, Blackout and Barricade Allspark zombie robots. 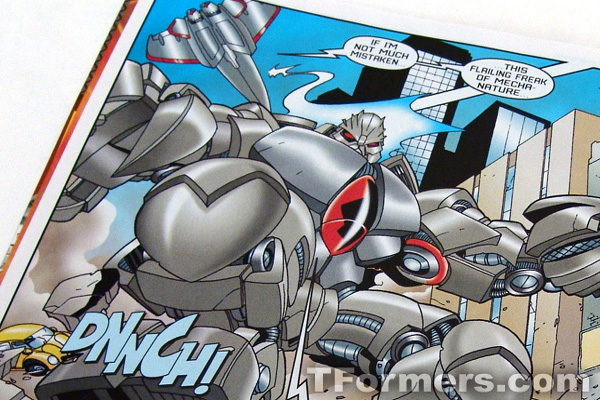 This installment of the Transformers movie prequel is the beginning of chapter three. Taken back in time to Baton Rouge, Louisianna 1928. A psychopathic institute for the presumably insane, the present home of Archabald Witwicky. Included are all the luxuries a padded cell can afford for a man who as seen the future. Flash forward to Arizona 1935, a visit to another home - The Hoover dam. The modern engineering marvel looks more like a tinker toy compared to is new resident.

Beast Wars The Gathering continues with part Seven. Earth 70,000 years BC, Razorback and the team have a time-shift encounter with Optimal Optimus, Cheetor and Rhinox. "Displaced" the Maximals race to foil Magmatron's deeds by sending a warning to Cybertron with a little help from the Ark. Further South, the Predacons lead by Waspinator are closing in on what they think is the Maximal hideout only to come face to face with Mutants. 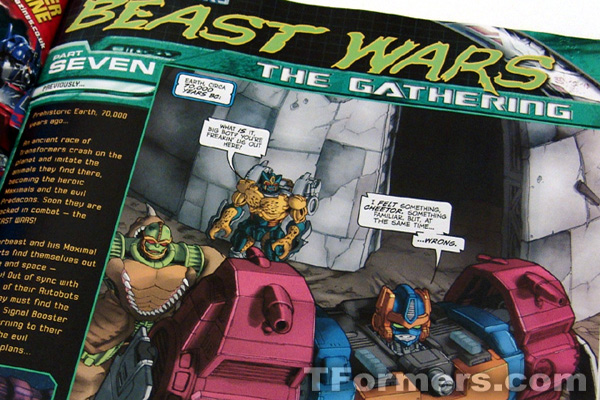 The Character Profile in Number 8 features Decepticon Frenzy. Standing at roughly 4 foot hight, this robot has more alternate modes than all the entire Decepticon team combined. Able to transform in anything you're likely to find this super stealth covert operations agent anywhere. This may be the ultimate cybernetic robot, but he is no match for Sam's awesome punting ability.

Ever wonder how they draw those awesome robots? They've got the HOW TO in this issue to do your own Megatron. Pretty neat eh? 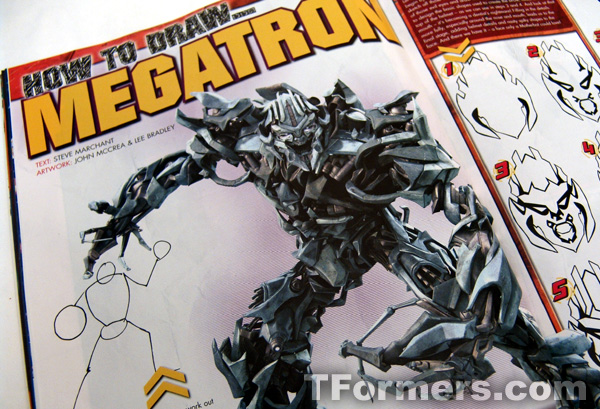 The issue wraps with the Top Gear recommendations and pics for the Transformers Star Wars and more goodies you can enter a prize drawing for. Mech Mail has been taken over by Commander Starscream who lays it down for the fans. Check that collection! Adian McKay has a great start for just 5 years old. He's got a number of figs we're drooling over. Good show boss! 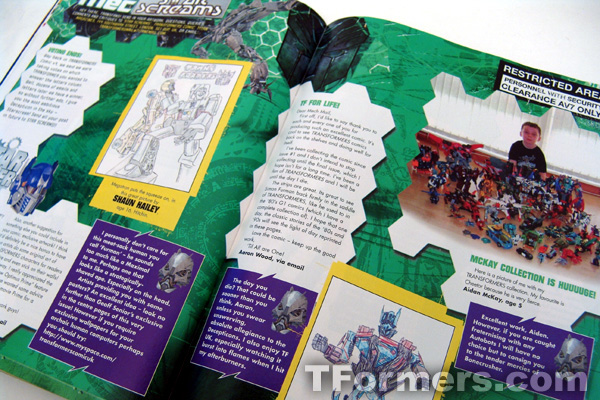 Be sure to hit the news stands in the U.K. on 31 January 2008 for Issue Number #8. Its Hammer Time with Ironhide who "Kicks up a Desert Storm." The pack-in includes an exclusive Transformers sweatband and tattoo set!