Last year, Chevrolet China had a promo where you get a free exclusive Swerve robot when you test drive the new Aveo sedan. Of course, Swerve also turns into, guess what - a Chevy Aveo Sedan.

This really got me interested because for one, a few months earlier, we did buy a new Chevy Aveo sedan as a family car, and seeing the images that were available online, the car mode looks pretty close to the real thing. When I showed it to my mom, she even asked me where to get one, and repaint one to resemble the family car.

But of course, I'm not from China, so I comforted myself with the rumors of this mold being released again in the future mainline.

Fastforward to last weekend. My dad and brother just got home from the UAE, and my bro just handed me this red plastic car in a plastic blister. He said he got it cheap from a flea market somewhere. 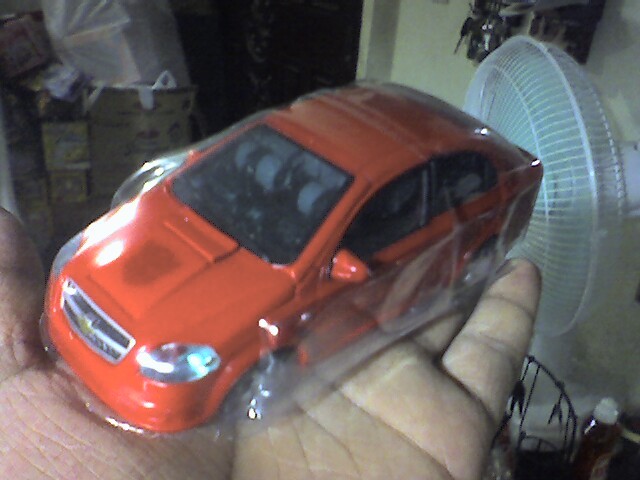 My first thoughts were "Hey cool! Movie Swindle!" That was when I noticed the Chevy emblem and the familiar grill. With the realization of what it was I'm holding in my hands, I swear I could feel time stopping.

Anyways, on to the review then... 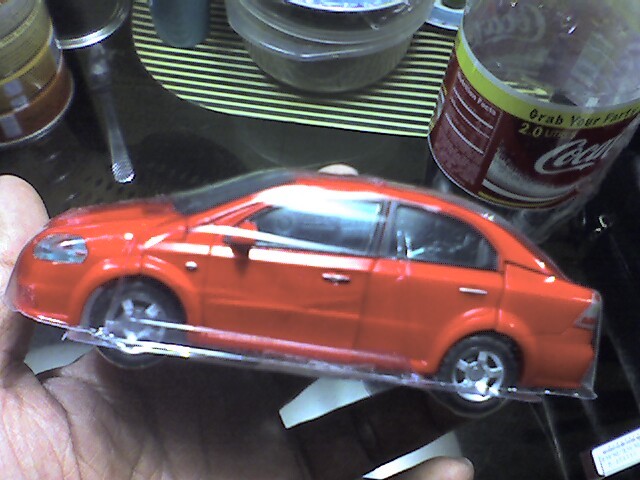 As mentioned earlier, Swerve turns into a red Chevy Aveo sedan. The proportions are nice, and it really looks like the actual car. 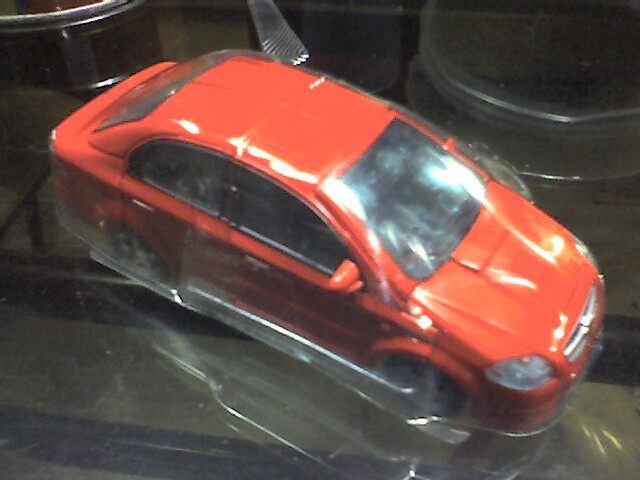 The plastic used is your typical TF plastic - hard and durable. 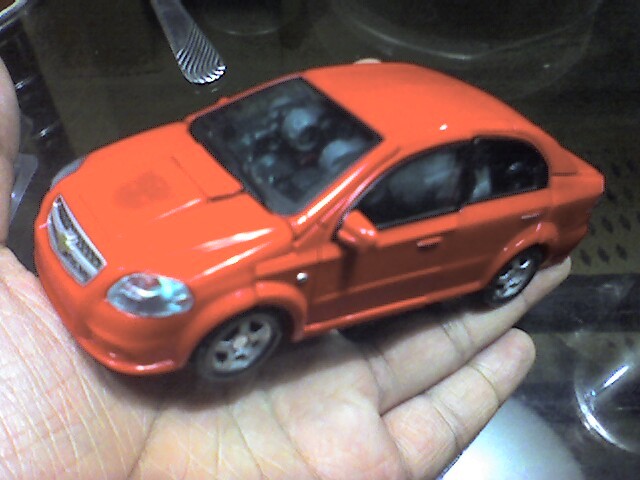 A large Autobot emblem is proudly displayed on the hood. 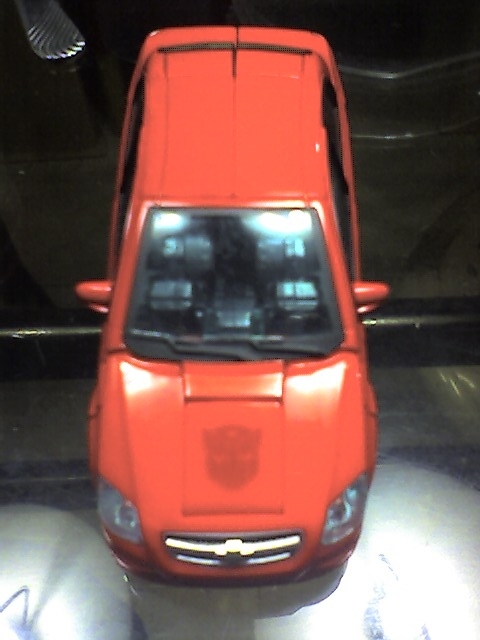 The windows are clear plastic, but there's no interior. you can actually see Swerve's robot arms inside. 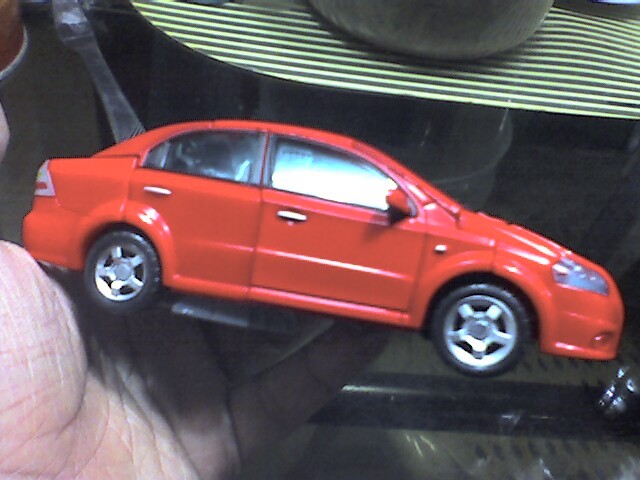 The good thing about this mode is that unlike some of my other movie toys, all of the wheels actually touch the ground, and the car rolls smoothly. No dragging parts whatsoever! 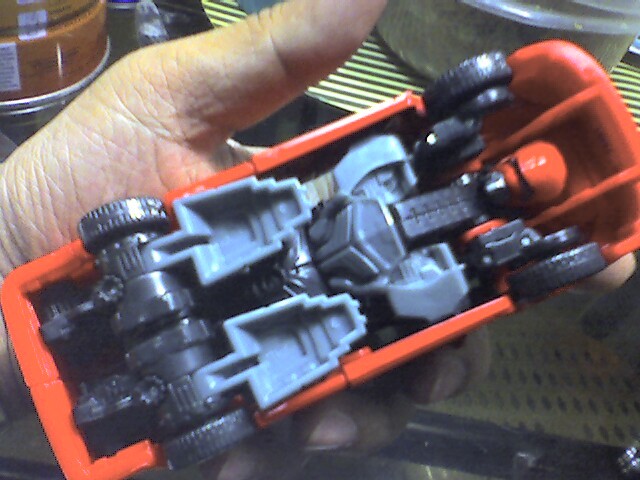 But of course, this toy could have been detailed more. While I appreciate the painted door handles, side markers, and front grill, the front bumper also needed some paint. Ditto with the foglamps. And check out the rear lights - not really the best paintjob. 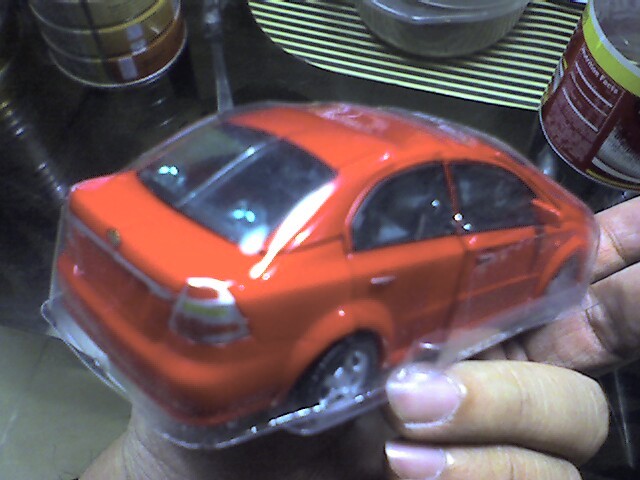 This said, I still like the car mode. It's stable, it's solid, it's not flimsy.

This toy was given to me as is, with no manual or instruction sheet whatsoever. So there's the challenge. All parts are locked and tucked snugly, and I did have a bit of a hard time figuring how to move some of the parts. If you're familiar with Transformer toys, you could figure things out. Otherwise, proceed with caution.

The arms are a bit mindboggling though. Transforming Swerve between modes, the arms will always stump you.

The good news is that this toy has no automorph feature, so there's no danger of breaking something crucial. 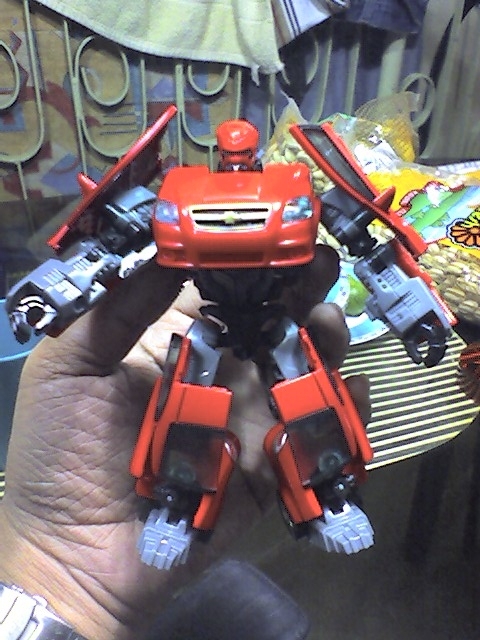 Good proportions, although the legs seem to look a bit short. The basic look reminds me of Cybertron Crosswise or Smokescreen. 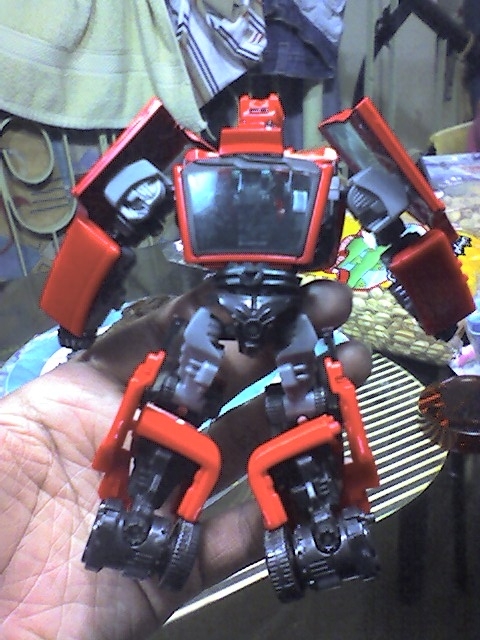 In robot mode, Swerve does not have any weapons. And without any tech spec/profile sheet included, we can assume that this guy is either stuck with clerical duties or he's a badass martial artist. An officemate commented that he looks like a ninja, so there's another possibility. 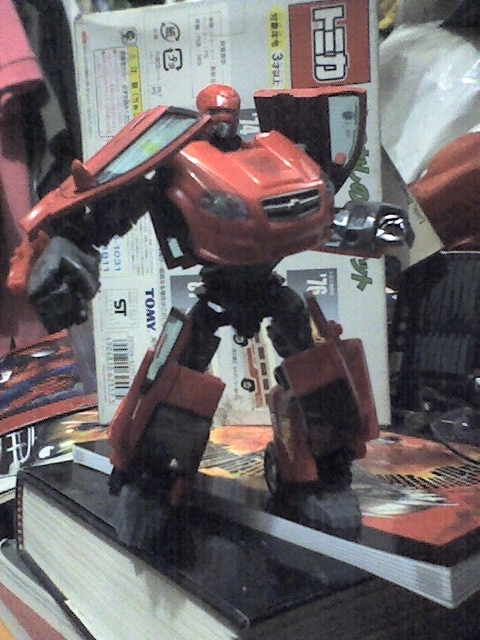 Poseability-wise, Swerve can hold some dynamic poses. He's not as articulated as TFTM Landmine or Classics Mirage, but he's not also as limited in movement as CLassics Jetfire.

The waist turns, the legs have balljoints, and the knees can also bend, but you can't make him kneel. On the upper part of the body, the head is held by a balljoint enabling Swerve to move his head the same way we humans do. You can't twist his head 360 degrees ala-Exorcist, of course. Shoulders are connected to the body with ball joints, the elbows with hinge joints. The hands can also be rotated on the wrists. 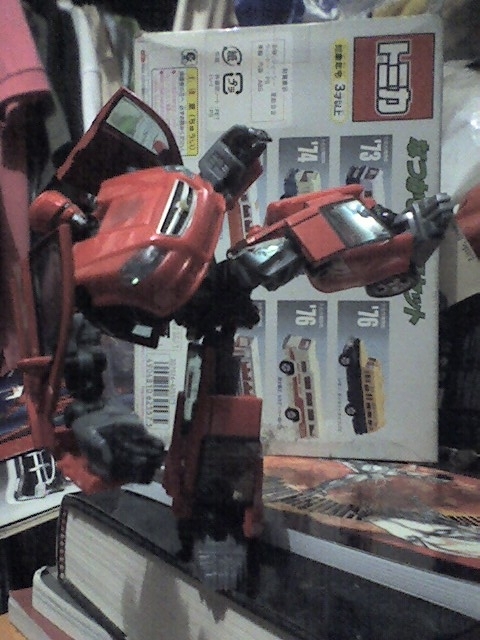 What I find funny about the robot's design is that this can fit either in the Classics line or the Movie line. Swerve is generally "blocky" with solid limbs and none of those thin, extended, limbs that are common with Movie Deluxe toys. On the other hand, details on the legs, waist, and arms, follow the movie aesthetic, the head also looks like it'd fit with the movie universe.

But, do a headswap and you have a good candidate for Classics Prowl or Jazz. 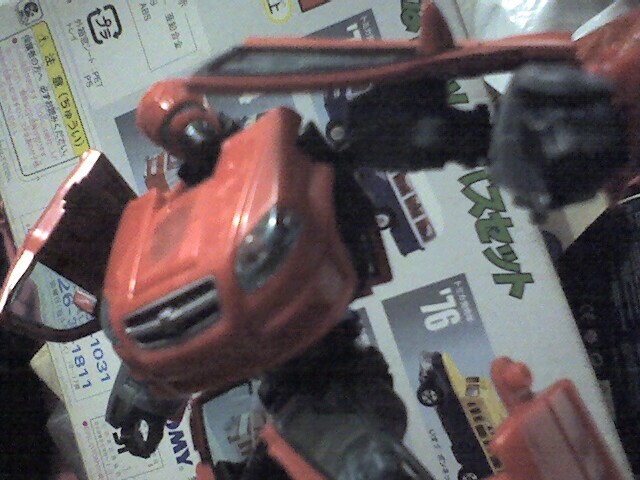 I'd say tie! Both modes have enough details to look good. Both modes are also solid, stable, and built well. 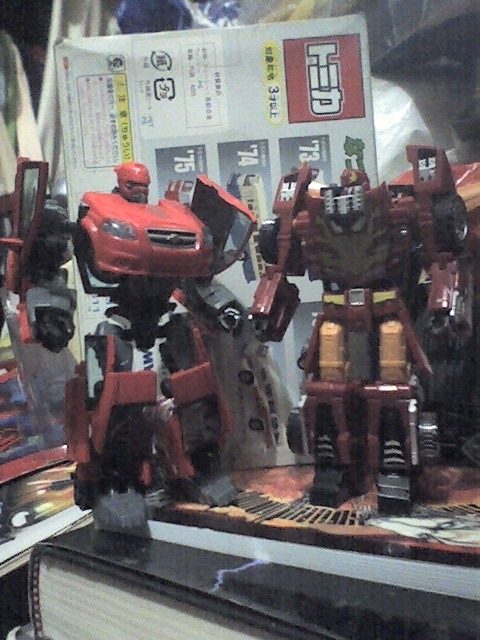 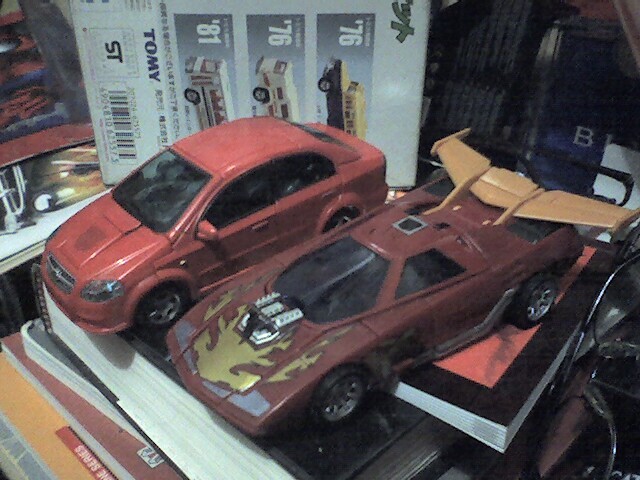 Swerve is a good toy. I've transformed this a lot of times, and always all parts snap and lock tight. There's no sign of flimsiness whatsoever, giving both modes a very solid form. Despite its lack of details in some areas, the toy still looks excellent, and is actually reminiscent of Cliffjumper in robot mode (some friends of mine was wondering why this was not released as movie CJ).

Now, if it's true, I can't wait for the mainline release. I'd love to get a couple more - one to keep, and one to repaint to resemble our real Aveo.