Up until now, all the exclusive movie figures have been nodded to Target. That will change as the line begins to run down, as Toys R Us and Walmart will be offering repainted exclusives of their own. Walmart has just released their exclusives, which are 4 repaints of Deluxe class Cybertron figures. The first up for review is perhaps the one most people have been talking about. Big Daddy, originally from the G1 MicroMasters line, is a somewhat vain Autobot that's more interested in showing off his skin than battling Decepticons.

Big Daddy borrows his alt mode from Cybertron Wheelja... ahem... Downshift. However, Big Daddy goes with a solid black paint scheme with red flames sweeping around the front fenders and trailing behind the doors. This is consistent with his MicroMasters figure. This was one of my favorite molds and the paint job does it good justice. Everything from the shaker hood, to the exposed motor, to the general lines screams late 60s/early 70s muscle car.

Like Downshift, missile launchers can be attached on either side of the quarterpanels. The launchers are black, with the triggers and missiles in orange. Big Daddy also features a Cyber Key function. His key is the planet Cybertron design, and when inserted converts his grille a claw. The key inserts through the rear glass. It can be a bit tricky to fit in there, as a flap covers the key insert point.

In typical Hasbro fashion, QC isn't quite on par. There were several spots on the figure where the clear coat was coming up. Most notably on the passenger door and hood. While it is difficult to do a completely black car, there still should be better QC out there. Transformation is simple and exact to Downshift's. 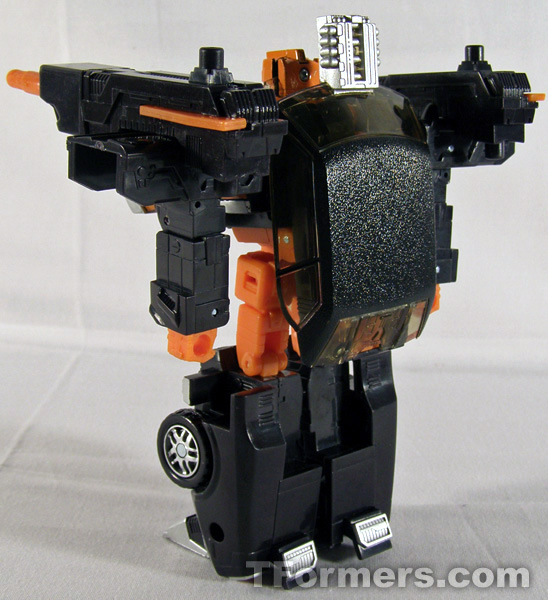 Big Daddy's robot mode brings out alot more orange, particularly in the thighs and hands. This is a straight repaint from Downshift, as there is no changes besides the paint job. Although Big Daddy keeps the same head sculpt as Downshift's, the coloration is in keeping with his Micromaster figure. As with Downshift, the 2 missiles can be clipped to either shoulder or used as hand weapons. 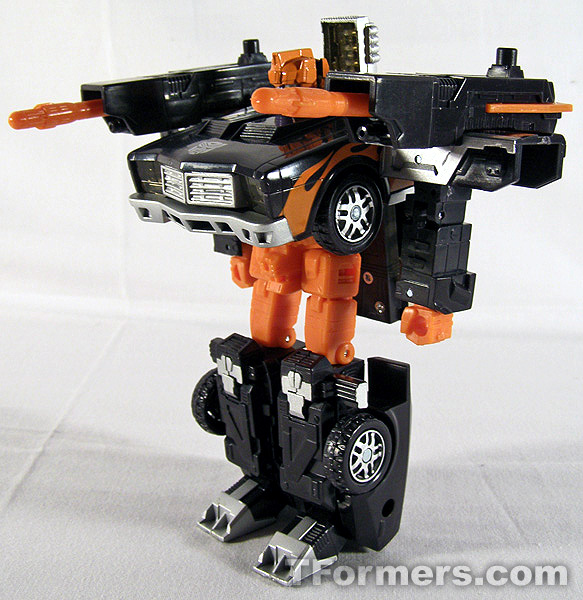 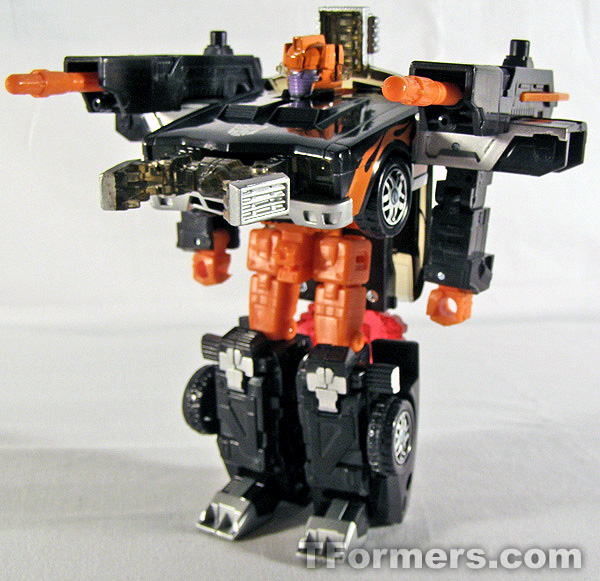 The cyber key function works identical in robot mode. While this figure pays a nice tribute to the MicroMasters figure of the same name, it falls just slightly short of a perfect Deluxe model. The robot mode in particular seems a bit bland with just black and orange coloration. None of the leg or arm panels have accents, and that makes it look a bit flat. For those with a love for Big Daddy, or for those who might have missed out on Cybertron Downshift, this is a definite buy. However, if you already possess Downshift, this might be nothing more than a bland looking repaint. 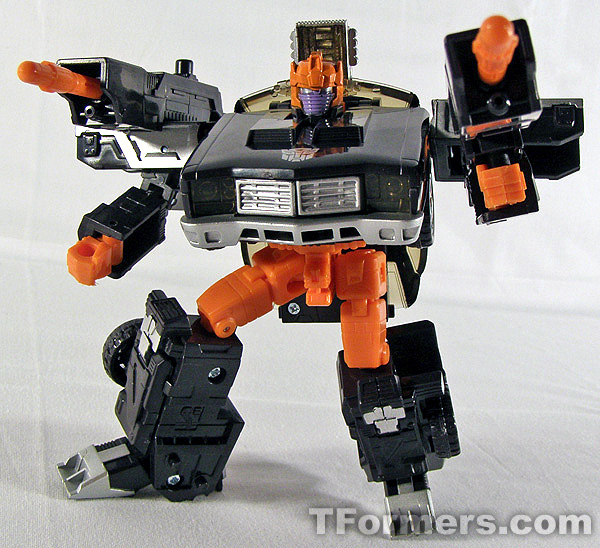