Fortunately for the fans, Hasbro (for the most part) chose some of the best Deluxe class figures as repaints for the Movie line. While these figures do not appear in the movie or the video games, they are still 'fillers' for what was a limited character lineup. This review focuses on the other Autobot in this subline. Grindcore is a bot that likes it loud and enjoys Earth's loudness. 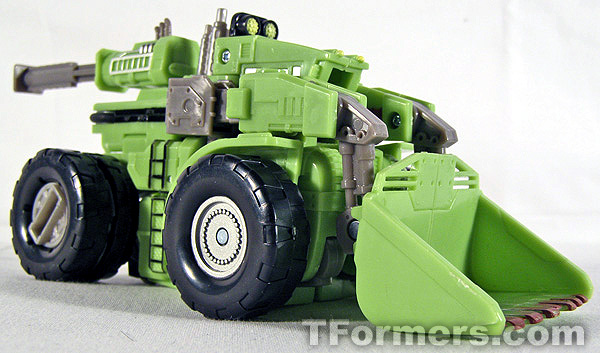 Grindcore shares his alt mode with Cybertron Landmine. However, he gets a construction green color scheme. It almost makes you think this might have paid a better tribute to a Constructicon than an Autobot. The color does feel right at home on this figure. Besides the green, there are bits of black to be found. On the scoop, you can see detailed 'scrape marks' of metal and rust colors. 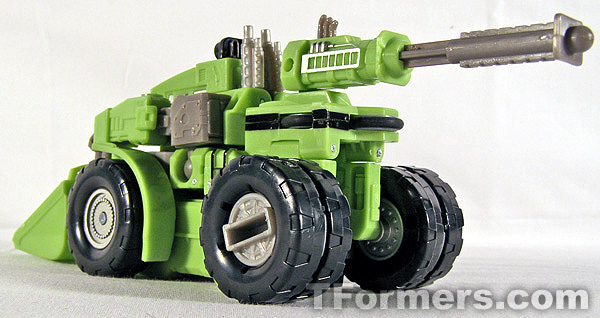 The exhaust port on the rear doubles as a missile launcher, complete with missile. It's ingenious how they double the trigger mechanism as exhaust pipes. Grindcore's cyber key is exactly the same as Big Daddy's, a red key of Cybertron origin. To activate the key, lift each rear wheel up, insert the key and give it a quarter turn. 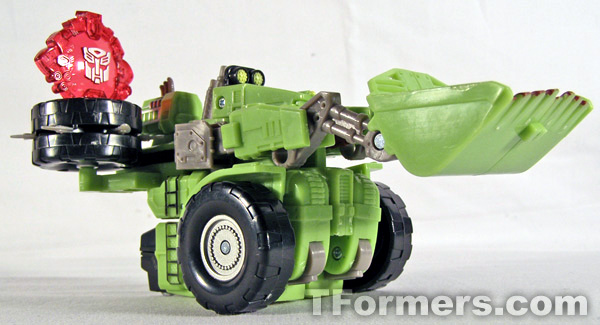 Curved blades will protrude from each rear wheel. The key needs to be inserted in each wheel for the full effect. Wheels on the belly of the vehicle keep it stable. THere is also a roller wheel on the back. If turned, it will spin both rear wheels, although the left wheel doesn't spin as good. Transformation is identical to Landmine's and is relatively easy. 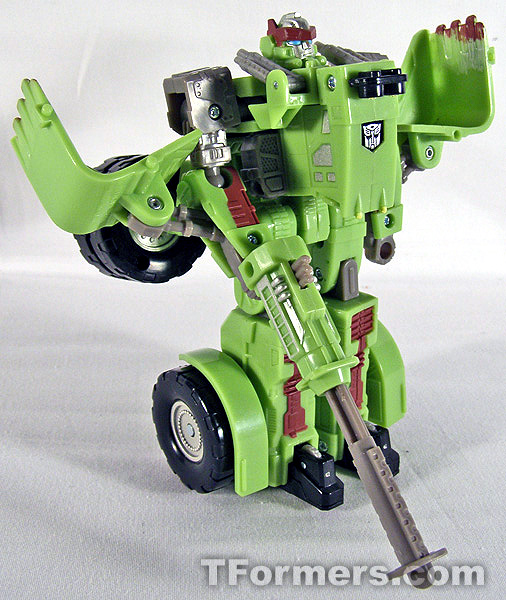 Grindcore's robot mode adds some rust color to the limbs and shows more of the PVC gray. Like Big Daddy's mold, no retooling has been done. The head sculpt is repainted some but otherwise identical to Landmine's. The exhaust in alt mode serves as his handgun. 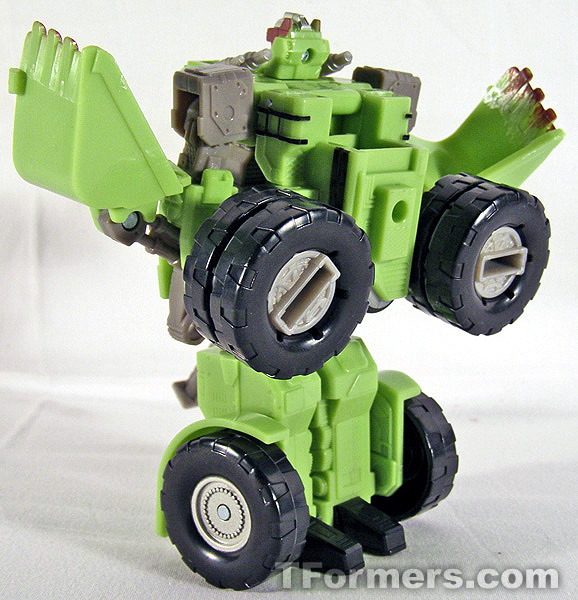 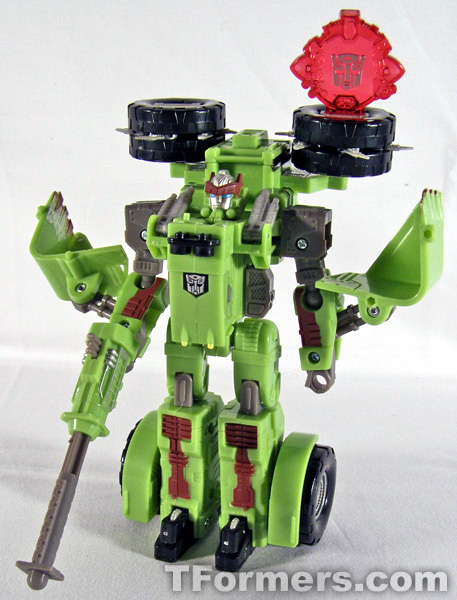 To activate Grindcore's key ability, flip the rear wheels back over his head (or horizontally behind his head) and insert the key in each wheel. As a nice bonus, you can also use the stacks on his shoulders as a sort of shoulder cannon if pointed full forward. Landmine was another favorite of mine from the Cybertron line. Although (personally) this might have made a better Scrapper repaint, Grindcore doesn't disappoint either. He has enough merit to add to the collection whether you own Landmine or not. 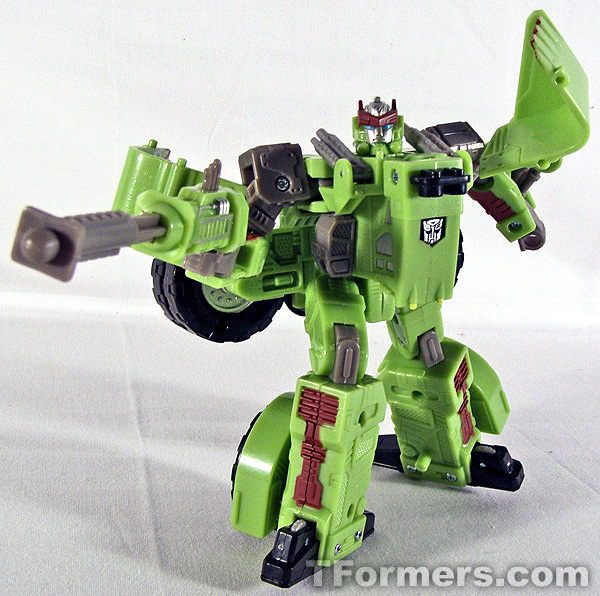