There seems to be a lot of redemption going on by Hasbro for forgotten G1 characters. Lately, we've seen several such characters regain the spotlight. One of the most talked about recently is Sunstreaker, who (bar Alternators) hasn't been in the lineup since 1984. The Universe line has seen fit to add him to it's newly revamped lineup. He's still the egotistical vanity monger you remember, too.

Sunstreaker is a fighter for a cause, and that cause is Sunstreaker. If it's in his best interest (and not too threatening to his paint job), he'll take out anyone he needs too, no matter where he is. Still, he'd rather be back home, kicking back, polishing his chrome and preparing for a good, old-fashioned arena fight, rather than hunting Decepticon assault squads across deep space. 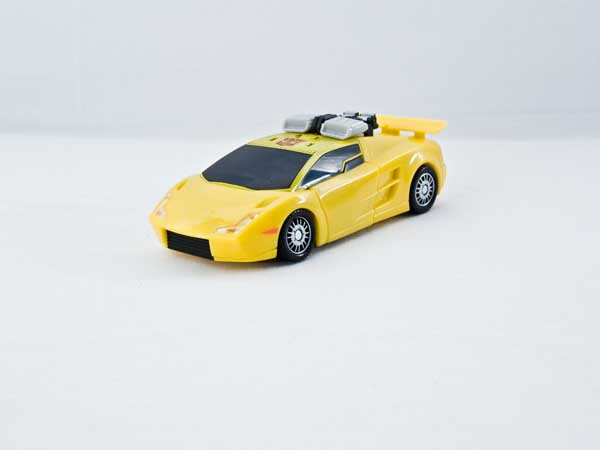 True to original form, Sunstreaker's alt mode is based (loosely) off a Lamborghini sports car. This time around, it has a striking resemblance to the Gallardo. He is almost entirely yellow. The only color changes are the rear end, which has a gray inset, and the red Autobot insignia on the roof. Perhaps in a nod to his G1 self, there is a license plate that reads WER84 (We Are '84). 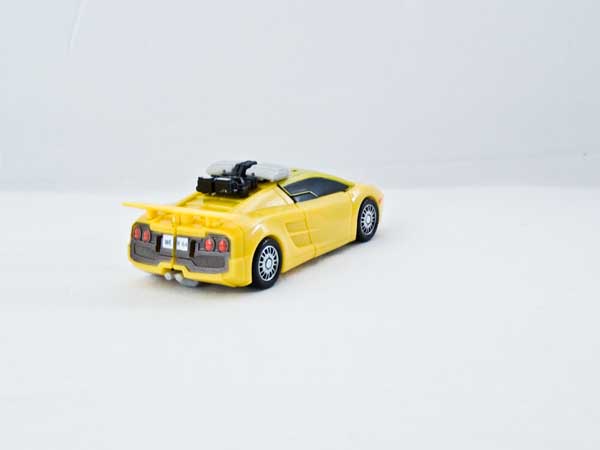 The fact that 'streaker and Prowl are done in modern body versions of their original molds is a fanboy's dream. Although not entirely original to his G1 scheme (the G1 version was modified Countach with an exposed rear motor), they went to great lengths to pay tribute. This can be told by the roof mounted air vents and the ribbed roof. That leads me to my only gripe. The yellow of the roof is a different hue than the yellow on the rest of the vehicle. If it were just the roof, it might blend OK except it also extends down the side rails and A pillar. This seems to happen alot with Hasbro figures.

Transformation can be slightly tricky. First, remove the roof scoop and his exhaust pipe, which becomes his gun. Split the rear taillights into 2 halves and fold them up against the rear quarter panel. Grab underneath the doors and pull gently until they're unhooked. The rear end can now flip over and out to form the legs. Swivel the calves around 90 degrees and flip the feet out to finish the bottom section Pull on the front end to extend it outwards. Swivel the arms underneath the cockpit out 180 degrees while keeping the doors faced outwards (like Classic Bumblebee). 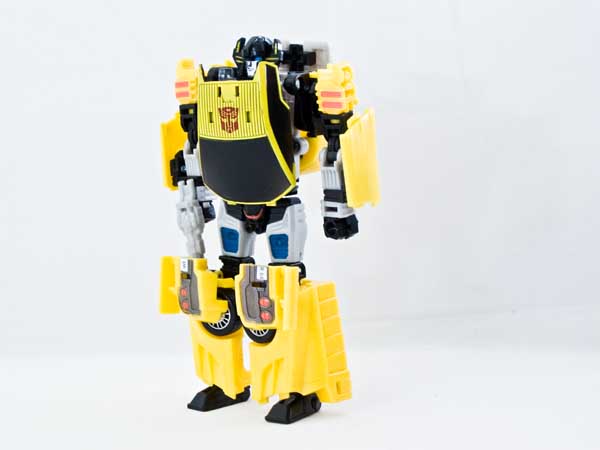 So far, the Universe figures have a great way of making no mistake of who they're emulating in the G1 universe. The limbs are mostly yellow. The thighs are grey with a translucent blue insert. The shoulders have 2 red stripes, while the forearms are gray. The head is an almost perfect sculpt of the G1 counterpart. There is no light piping, but the blue paint used for they eyes might fool you. 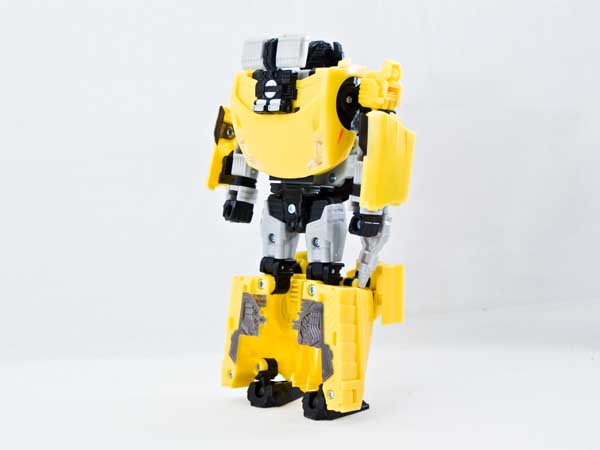 When the figure was originally show in prototype mode, it looked as though the roof scoop and the gun would combine. However, that doesn't seem to be possible. I'm not sure why they abandoned this gimmick. One nag about the robot mode is that the chest doesn't line up right. It's always off to a 5 degree kilter. I'd like to think it's a QC problem with mine, but that might be optimistic. One strange quirk I found is an interchangeability of sorts. The arms and hands seem to slide right off naturally. Might be reading too much into that, but it's a curious design. Of course, if you experiment with the figure a bit you can almost tell how Sideswipe will look once released. 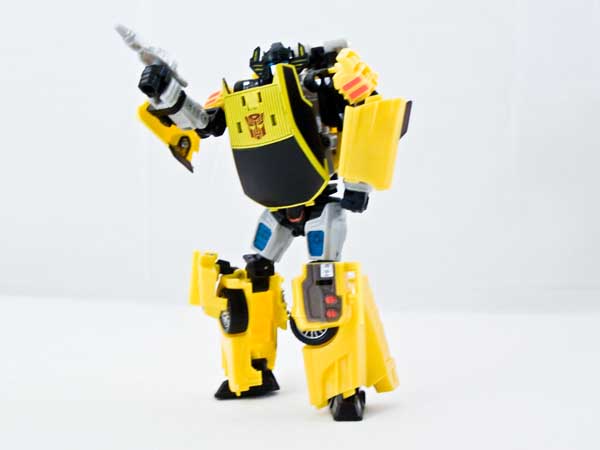 
The shoulders strike me curious. They're on a ball joint, but surprisingly limited on spread. Anything above a 30 degree spread and you're liable to pop them out of socket. The hips are similarly restricted.

:A near perfect tribute to the G1 namesake
Robot Mode -

: The Autobots are getting some love in the Universe line. This is a definite buy.
Size Class: Deluxe
MSRP: $10