The Animated series has brought some old ideas into the fold, including Bumper Battlers. It is also introducing a new sub-line called Activators. With Activators, a push of a button will transform the alt mode into a semi-articulated robot. This review will focus on one of the first three available, Bumblebee

Bumblebee is the speedster on the Autobot team. He's always ready for action and revving to go Together with his best friend, the human girl Sari, he never goes long without getting into some kind of trouble. Luckily he's smart and fast enough to get himself and Sari out of almost any situation! 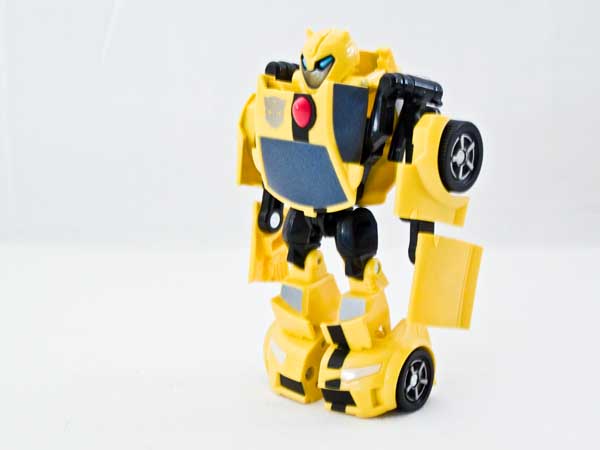 The figures are packaged in robot mode. Since the conversion to Robot mode is self-explanatory, I'll start with the robot mode. For a small figure, he packs a decent amount of detail, which includes his head sculpt. 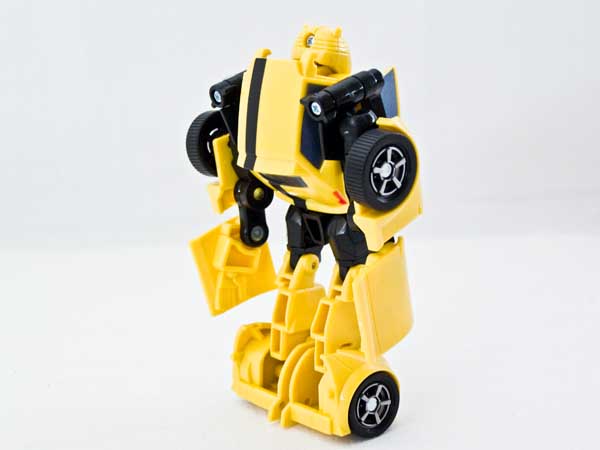 There are some low points. Mainly that his hands are flatly molded to the door panel. There's also the big hinges on his shoulders which is part of the conversion process. 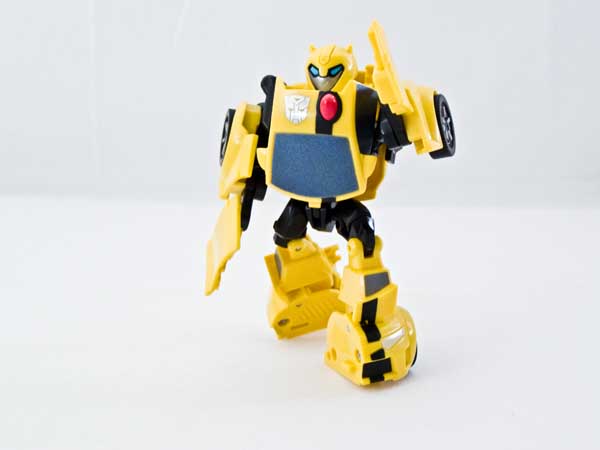 
For a small figure he's surprisingly poseable. The head is limited, but only due to the chinline.

To get him in alt mode, spread the arms out full wingspan, then line up the arms to flush out the sides of the car. Flip back his feet and line the legs up together. Grab his back, then flip around. Everything should lock in place. To reverse the process, simply press down on his beacon. Once he springs out, simply lay his arms down and flip out his feet. 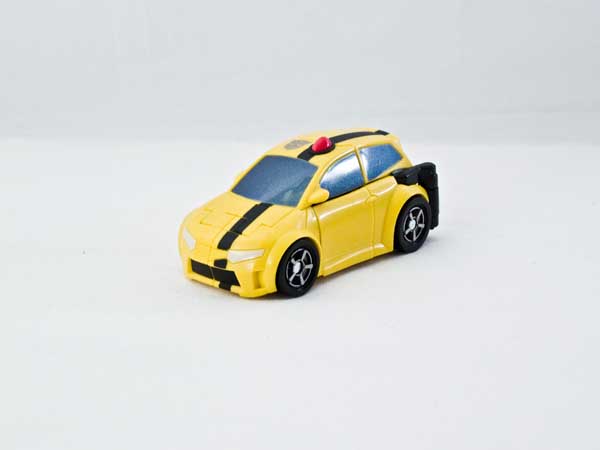 Bumblebee retains his compact sports car mode The colors are familiar, mostly being yellow with the black pinstripe. He also retains the red beacon on the roof. 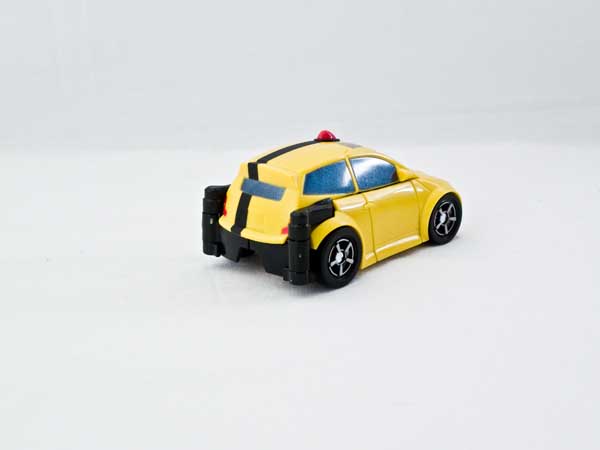 The car is nice looking, but the hinges on the rear spoil the look a little.

: Nicely done for such a small figure, too bad the hinges don't meld in.
Robot Mode -

: Surprisingly good articulation from such a small bot. Overall -

: $9 is asking a lot, but Bumblebee seems to make up for some of the Deluxe's shortcomings.
Size Class: Activator
MSRP: $9