Starscream has already been portrayed as a Voyager model, and that figure won a perfect score from this reviewer. Now, an Activator class figure is available. Does this 'mini-me' Starscream hold up any better?

Sneaky, mean and ambitious would be a bad combination of personality traits in anyone, but in a giant robot warrior bent on conquering the universe, they're the worst. Starscream loves power for its own sake, and will blast anyone who gets in his way. There's no reason he does all the awful stuff he does, except that he thinks he's so much better than everyone. 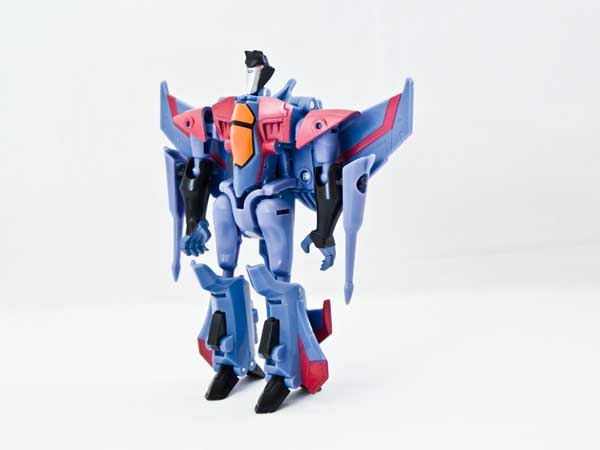 Starscream's Activator looks every bit as good as his Voyager counterpart. Dare I say a little better. The details are certainly there, and the face even has some life to it. 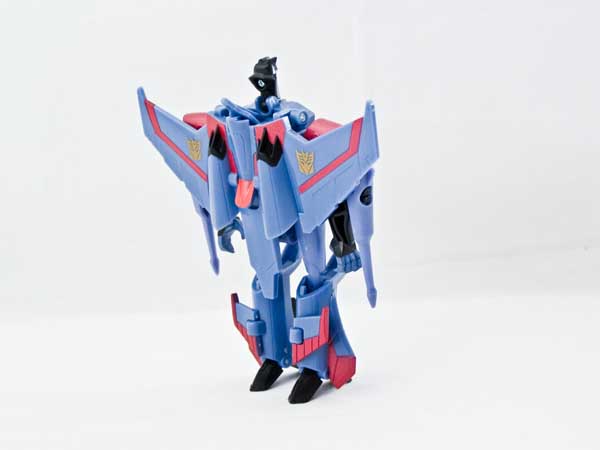 For anyone that might not have the $20 to pony up for the larger figure, you'd certainly not be losing much by going this route. 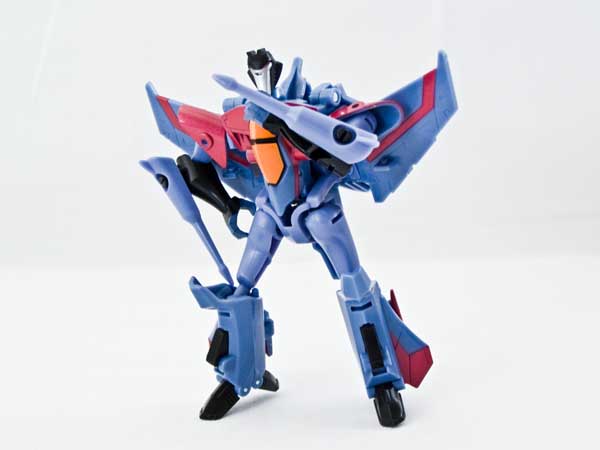 
The figure is all ball joints. This would normally add up to superior posing, but some of the parts get in the way which cripples articulation..

Transformation to alt mode is slightly more complex than Bumblebee's. Fold his shoulder pads flat against his arms. Rotate his cannons so they face up. There are 2 tabs on the bottom of his wings. His arms have a slot that clip onto these tabs. Fold his feet, then fold his knees forward. Push the legs back to line them up with his back. Grab his cockpit and pull it out then up. Note the nosecone will fold out while you're pulling the cockpit up. Once the cockpit clips in place, clip the legs to the fuselage and fold up the tail fins. Note that when you activate from alt to robot form, the spring loading is faster than the nosecone. You might have to tuck the nosecone under manually to finish that process. 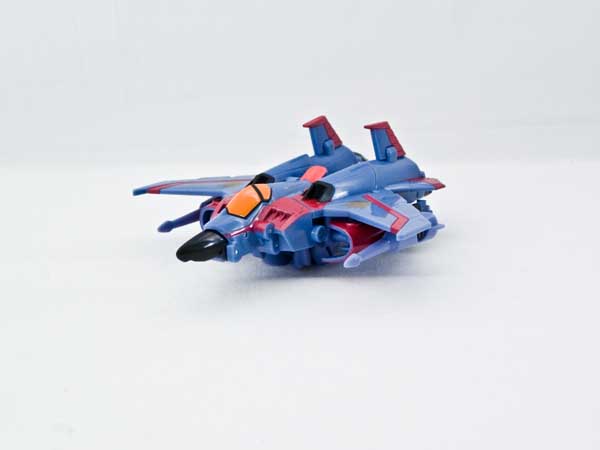 Again, Starscream looks every bit as good in this mode as well. There are two landing wheels on the rear. Strangely, there is no landing wheel in the front so he can look a little lopsided when parked . 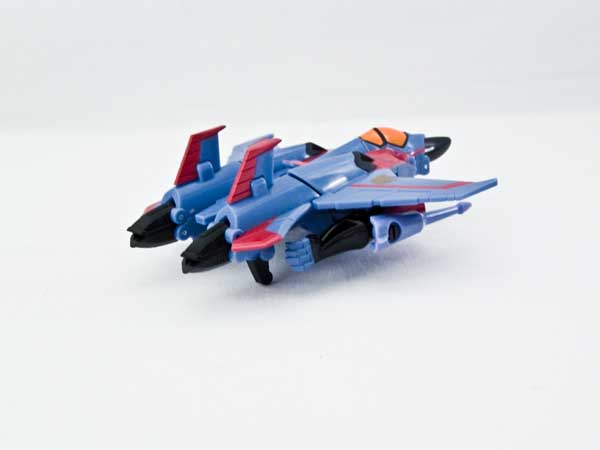 The only small detraction is that the hands are visible in alt mode. However, you can't expect too much concealment for a figure this small and for the most part they've done a bang up job.

:Size doesn't seem to matter here, every bit as good as his Voyager cousin.
Robot Mode -

: The set up was there, but minor kibble issues hurt articulation a bit. Overall -

: Don't have $20 to throw down for the Voyager mold? You might be just as happy with this one without missing much.
Size Class: Activator
MSRP: $9