For being a new character, Bulkhead is sure getting some toy love. Not only does he have a Voyager mold out, but also a Leader class. Now, he also gets the Activator treatment. Is he really this popular? More importantly, can someone justify this mold amongst all the other offerings?

Bulkhead is the biggest and strongest of the Autobots. Unfortunately for the other Autobots, nearby buildings, vehicles and machinery, he's also the clumsiest. He means well, and most of the time his wrecking balls smash the right thing. He's just as strong-willed as he is powerful too, and he never gives up when presented with a challenge 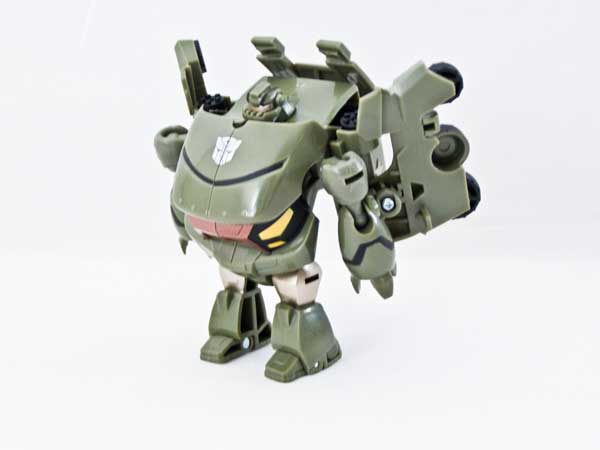 The robot mode certainly doesn't convince anyone of it's buying quality. The ground effects for his alt mode hang off his arms, which bloats the figure's appearance. 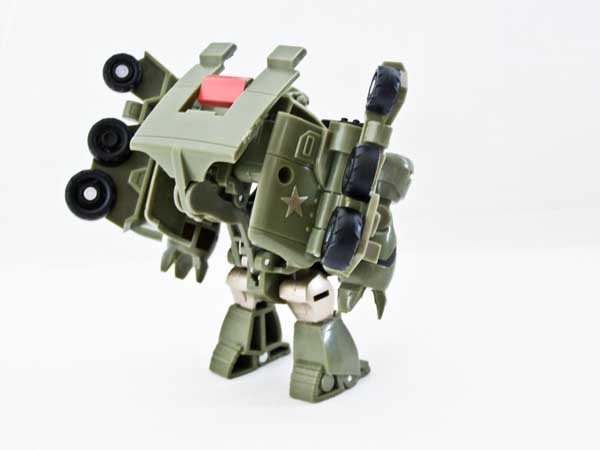 Doesn't help that this figure also has a smallish head. The whole thing looks out of proportion. It gets worse from a side or rear profile. 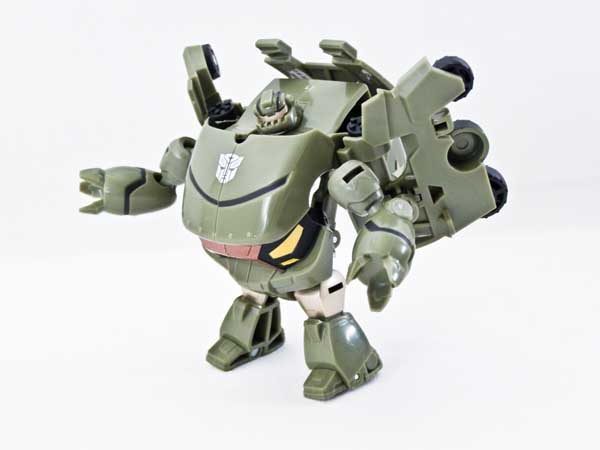 
The lack of knees just about kills this figure. The arms have good articulation, but due to his wide torso they don't do much.

This figure is a snap to get into alt mode. Attach his arms to the tabs on the wheel assembly. Fold in his toes, then squeeze the wheels in and forward. That's all there is to it. Reversing the procedure is even easier. Just press on his lightbar to activate the gimmick, then fold his toes out. 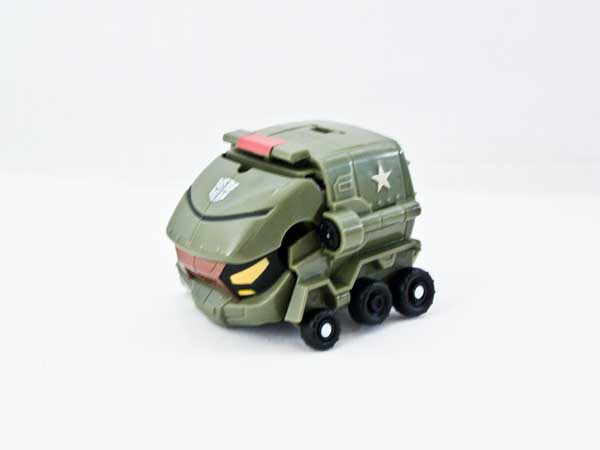 There's unfortunately not much redemption in the alt mode. I will give some credit for mating the hinge assembly look like gatling guns. However, that's where my compliments stop. 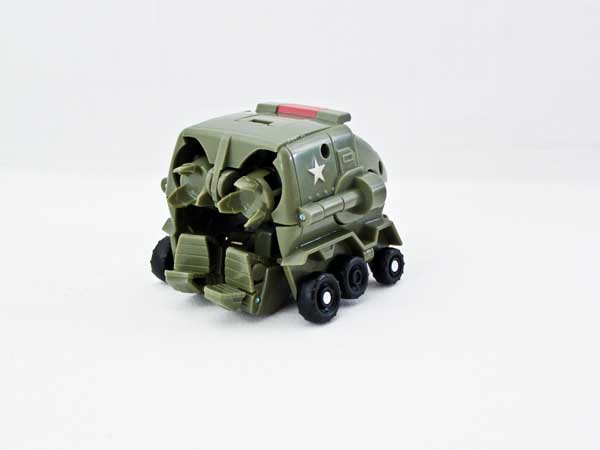 The whole back end is open, exposing his hands and feet. There are also gaps... WIDE gaps... on the front and side of the vehicle. Oh, the middle wheel is also molded, as well as not aligned right so it gaps off the ground.

:Too many gaps to be considered clean, open rear end spoils it all.
Robot Mode -

: Horrible proportions, and no knees. Overall -

: PASS. For $9, this should have been MUCH better. Take the spring loading out and call this one a Legend.
Size Class: Activator
MSRP: $9