During the first season of the original Transformers anime, a party of Autobots and humans went to Cybertron to retrieve a part that Optimus Prime needed. Megatron sent in his "rainmakers", a putridly colored team of jets, to see clouds and create acid rain. Over 20yrs later, a seeker from the Classics line has been recolored to pay tribute to one of these special forces seekers. Meet Acid Storm.

A member of an obscure squad of Decepticon air warriors known only as "The Rainmakers", Acid Storm is known as an individual only to his teammates and a very few others. he is highly intelligent, eager, and dedicated utterly to the Decepticon cause. He has a talent for marshaling vast amounts of data, as well as a away with words that would make him a powerful speaker. However, he prefers to remain anonymous, as part of his team. His Hyperon3 blasters can seed natural clouds with a highly destructive form of acid rain. 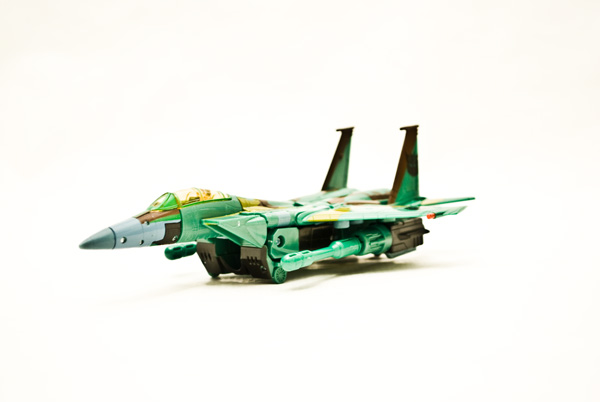 Acid Storm is the exact recolor of Classics Starscream, right down to the missiles. Acid Storm, instead of the blinding green color he had on the G1 show, goes for more of a forest camo paintjob. The green is accented with brown and yellow. Perfect for a tank, but for a plane flying in blue skies it's not as stealthy looking. Decepticon insignias can be found on both wings as well as both tail wings. 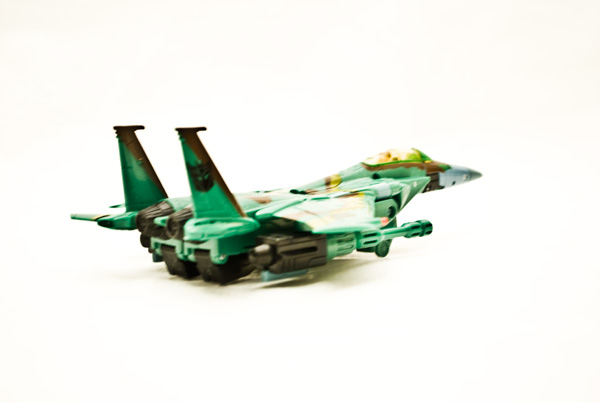 The gaping chest hole still exists on the belly. I suppose it's too late now to do anything about it, but it is still this mold's biggest weakness.. The alt mode just doesn't look right with it being there. Too late for hoping now I suppose.

He transforms the same as the other Classics style seekers. I don't think I'll go into detail on this one. 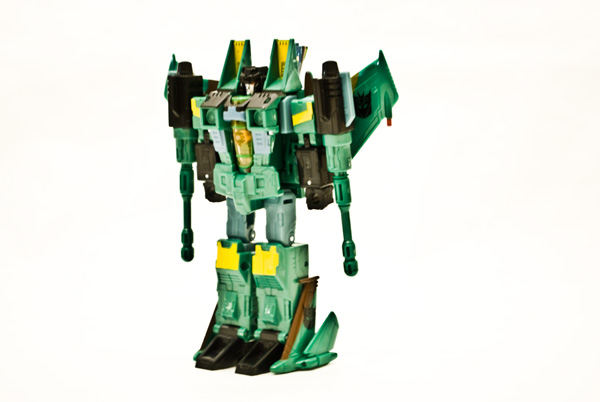 Acid Storm's robot mode is also identical to Starscream's. Unlike the first couple of goes with this mold, the head sculpt is nicely done with a black cranium, silver face and red painted eyes. A lot more yellow comes up here ae well, particularly in the knees and shoulders, as well as some light blue on the limbs and chest. 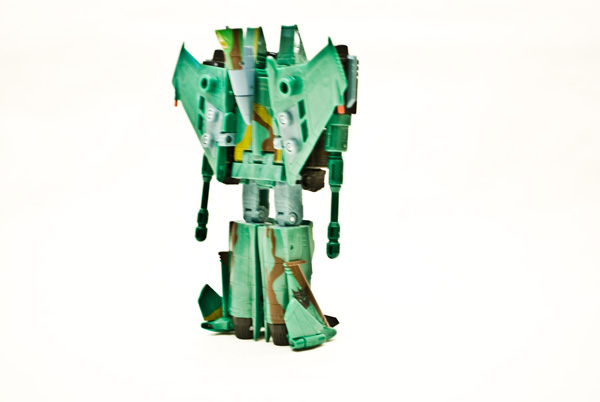 Posing is also the same as the other iterations. That is to say, there is decent posing ability but with blocky limb joints only offering one or two positions. Although Acid Storm is a nice addition, you have to wonder why he's being offered. This would mark the 4th time this mold has been used (7th if you count a certain convention I won't bring up), and probably wasn't the best character to pull out of the hat. He is a nice looking figure, but for most people this might be a pass. It is certainly understandable why. 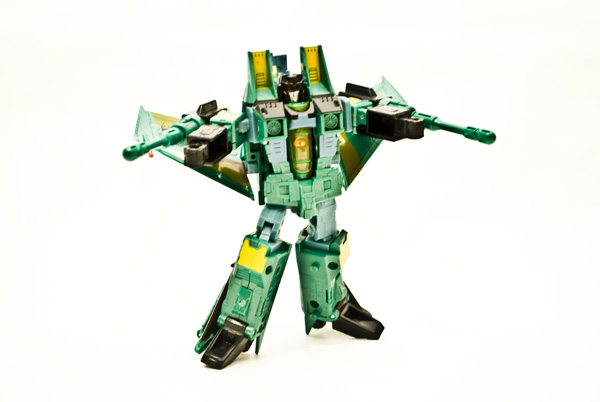 : Forest camo can wok on a seeker jet
Robot Mode -

: Interesting color picks blend well, but in the end it's just another wanna-be seeker
Overall -

: Another case of an obscure reference placed onto a popular mold that should have been something else.
Size Class:Deluxe
MSRP:$10