We round out our coverage of Wave 2 Activators with the Autobot medic, Ratchet.

Autobot Ratchet has been around long enough to know that a wise robot always plans for the worst, and hopes for the best. No situation is so bad that he can't make it seem a little more gloomy. It's evidence of his extreme bravery that even when he sees nothing but doom ahead, he keeps on working and fighting for victory 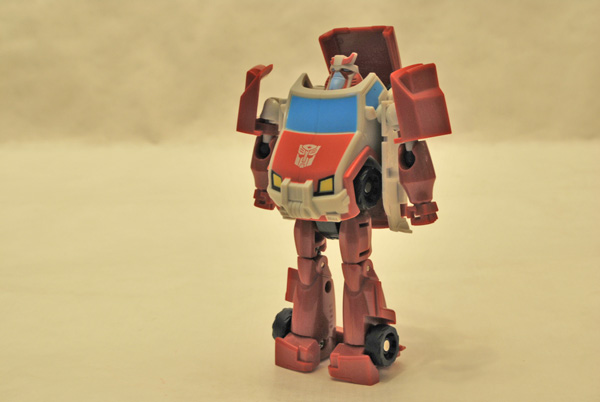 Although lacking in colored details, this Ratchet is fairly accurate. The pain difference is that the roof panel floats over his head. His legs are all red, lacking the white thighs of the Deluxe mold.. 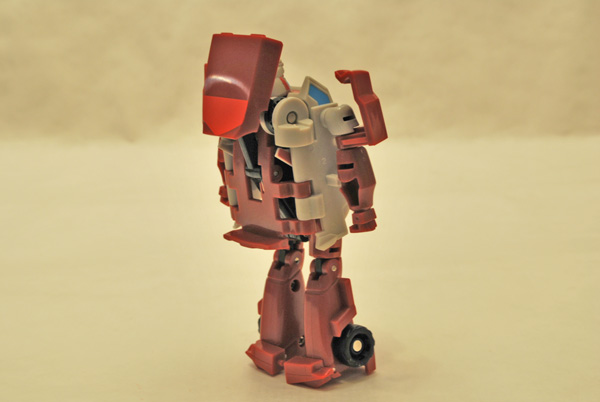 Being only an Activator, there is no access to his other tools. He even lacks his magnet claws. Just goes to show how much they really packed into the Deluxe mold. 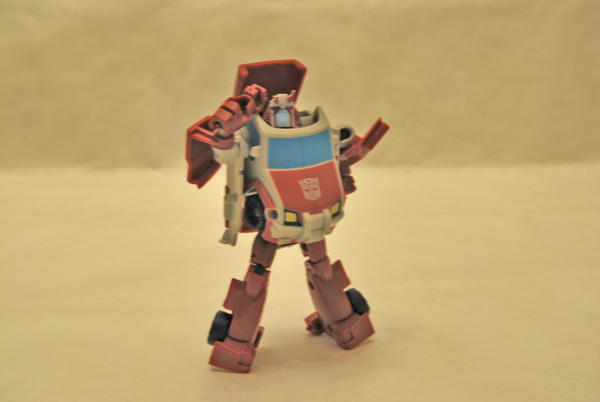 
There's only minimal interference with kibble for posing, so this figure does an overall good job.

Fold the shoulder pads so they both face forward. Fold both halves of the feet together and pin the legs together. Grabbing the chest, pull the back of the waist and it should fall into place pretty easy. You may have to coax the front roof panels together. Align the rear of the roof to complete the process. 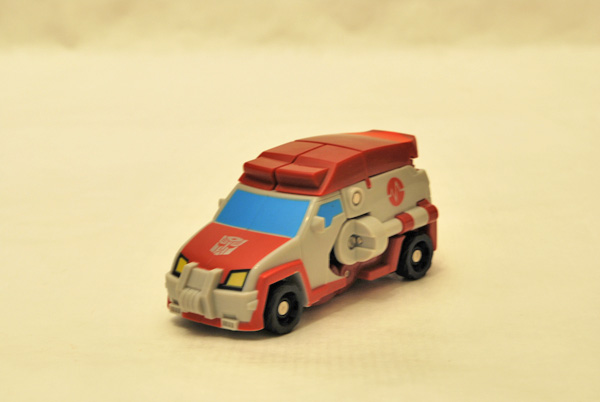 The alt mode is also a decent job at depicting the larger Deluxe mold. The main problem is the spring joint assembly is an eyesore on the sides.. 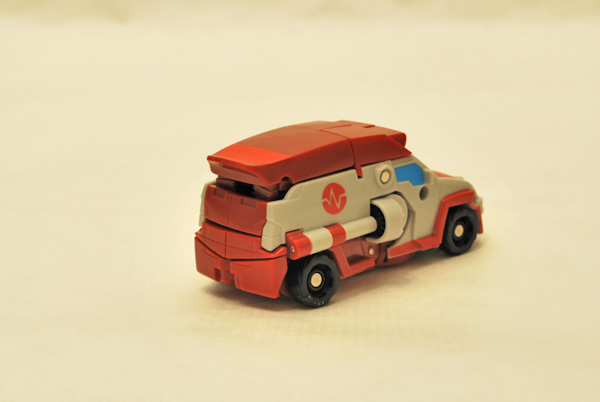 With some painting, you could get the Activator to look pretty similar to the Deluxe mold. Most of the details are there, they're just not painted in.

: More color detail would bring out the best in this guy. Overall -

: At $9, it makes the Deluxe version seem like a bargain.
Size Class: Activator
MSRP: $9