SIDESWIPE is a natural-born fighter. He’s had little formal training in the arts of war, yet he has an instinctive nature that makes him one of the most dangerous warriors among the AUTOBOTS. He is not as self-cenered or cold blooded as his brother SUNSTREAKER but the two are nonetheless close. When they fight side by side, they are truly a force to be reckoned with. 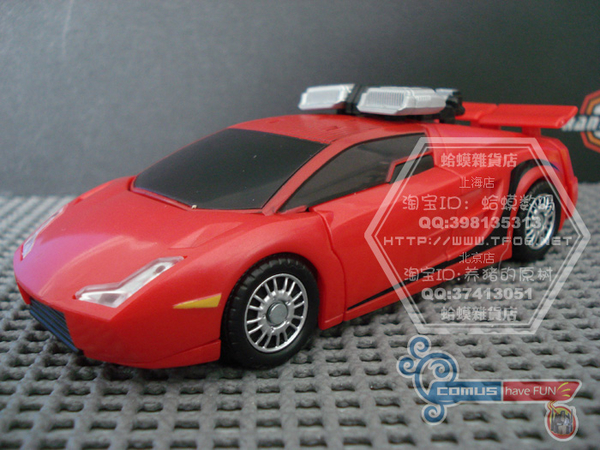 SIDESWIPE is pretty much a red Lamborghini car. Entirely red he is pretty much SUNSTREAKERwith a red finish. I couldn’t detect any variations between the two in this stage minus the Autobot symbol not being on the hood in vehicle mode. 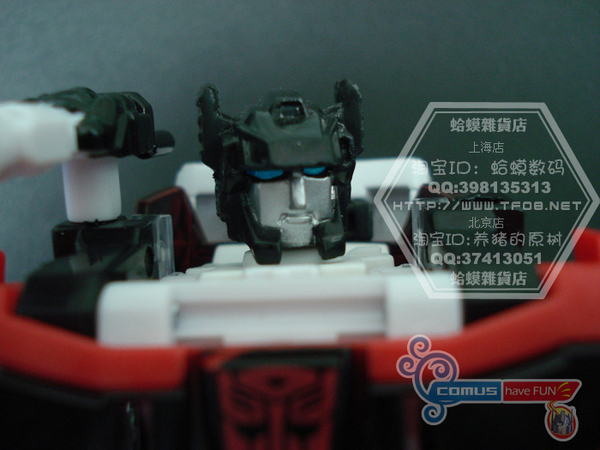 Beyond that it’s a simple copy of SUNSTREAKER, pull the rear out to form the legs, flip out the feet, the arms fold out for the sides, rotate the top cockpit to make his head pop out, adjust the arms and legs into a stance and you’re done. 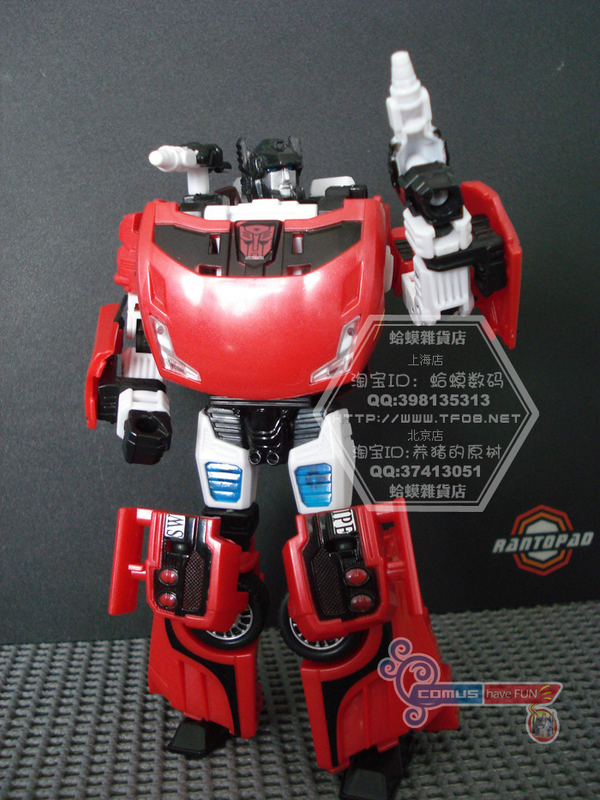 Robot mode treats SIDESWIPE better probably more so than Sunstreaker. His body look more natural and closer to some of the Alternator car molds. The white body parts stand our really really well and of course the different head mold defintely gives his toy character. Standing next to Classic SUNSTREAKER they do look like brothers.

As with SUNSTREAKER the articulation is pretty impessive allowing you a full range of movement, and posability. There are some balance issues you have to watch out for and I have to admit my version the one shoulder socket is loose an his arm pops off easily. The hip has a bit more movement due to the fact that you’re facing the other direction compared to Sunstreaker. 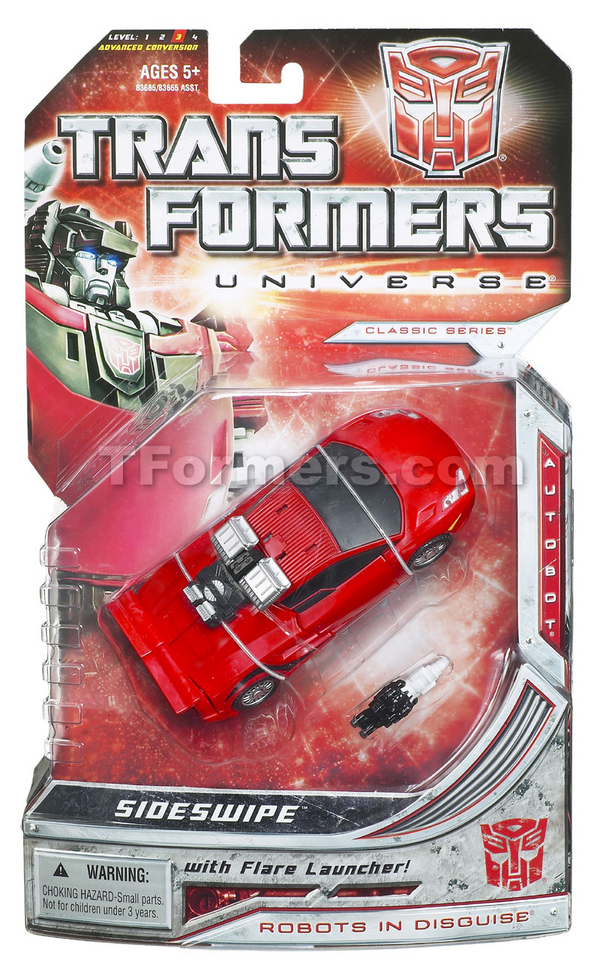 SIDESWIPE is a perfect addition next to his brother.  Beyond that it’s a pretty cool toy and probably the best version I’ve seen, even surprassing the in-famous Alternators toy.