Silverstreak is an almost carbon clone of Universe Prowl minus the Police lights. His color scheme is defintely silver and not blue but make no doubt about it this is Prowl’s brother (I think they were brothers).

Once again being a repaint of Prowl, there isn’t much difference except the police lights are replaced with a sunroof. This toy looked so polished I was nervous even transforming it for fear of it scratching the paint. The silver really shines well and while I would have preferred a different color than black for the hood the black doesn’t bother me. The Autobot symbol gets lost a little as it has been moved down a bit on the hood. Gone are the clear front lights and replaced with silver domes. The front grill is more prominent in silver instead of black on Prowl. 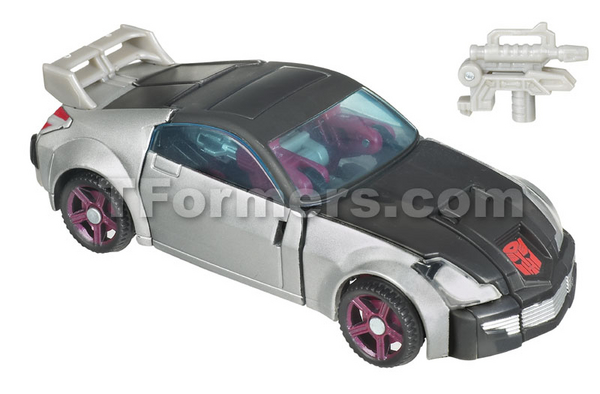 Transformation is exactly like Prowl and silimar to G1 but a bit more complex than G1, maybe even too complex. You first pull the sides of the car forward which are on ball joints, which have a tendency to come off thus requiring you to snap them back on. The rear flips forward, and the feet come out to provide balance. Fender spin towards the headlight then fold the doors back away from the arms to give them more room to move. Take the arms and swing them out and pivit the wheels away from the hood. Then swing the hood down, pop out the head and gun turrents and there you go.

SILVERSTREAK stands very close to PROWL minus the change in color and the Autobot symbol being moved down. The black however gives more prominence to how his head is sorta just an bit above the rest of the hood and it looks a bit weird on him, where the white on PROWL made this less obvious. The guns like PROWL looks dinky compared to the G1 counterpart, but in reality the G1 guns would never have been feasible in battle. 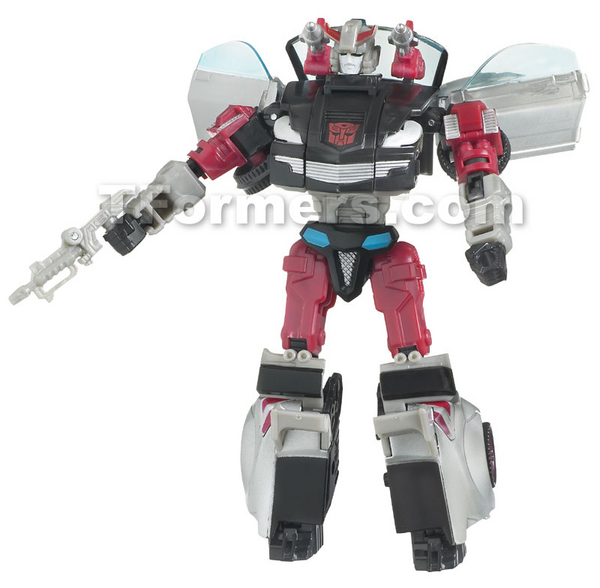 However the resemblance to the G1 cartoon character is flawless, The face color is more beige than the silver on PROWL, so although there isn’t a face remold from what I can tell. The red on the face horns really stands out and gives it character and once again the silver shines really adds that extra polish.

Like PROWL, SILVERSTREAK has great articulation that comes with the Universe line, making him extremely posable and a great toy to play with. The balance can be a bit off at times, but fairs better than the recent Alternator counterparts. The doors can get in the way of the arms if not Transformed correctly.

Conclusion
Minus being an almost strict repaint, SILVERSTREAK is a nice addition standing next to PROWL in your collection. 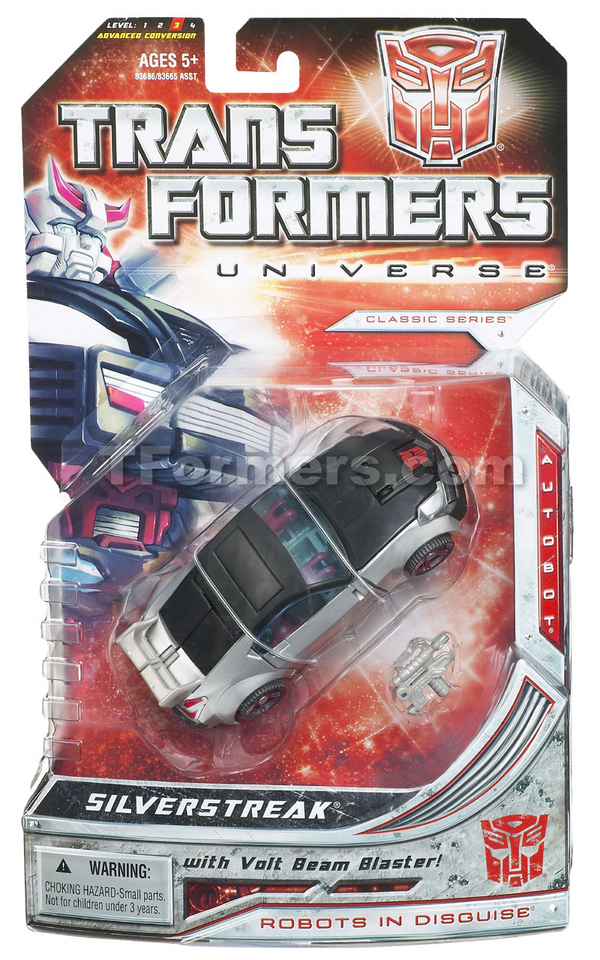