Normally, a repainted figure is a simple change of colors in certain spots. So far, we've seen that the Universe line has lifted that notion a bit by offering some added details, as well as some better quality control. Silverstreak is the first of at least 2 repaints using the Prowl mold. 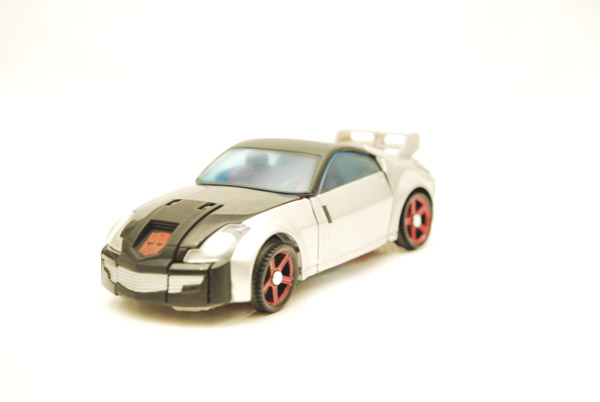 The most obvious difference between Silverstreak and Prowl is the absence of the lightbar. The color scheme here is silver with black on the hood, roof and hatchback. In place of the lightbar is the moonroof. The taillights are also done to resemble an 'aftermarket' look, with a horizontal bar splitting the lens in 2. 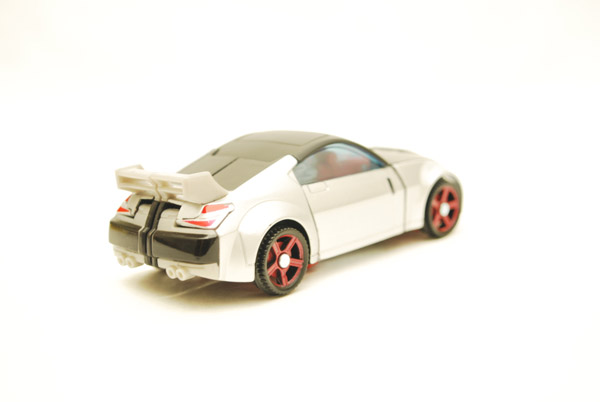 Instead of the bronze tint that Prowl had for the windows, Silverstreak has a blue tint. That is, except, for the hatchback which was painted over in black. The rims, while the same as Prowl's, are painted in a rust red color, giving it more of a 'tuner' look. Finally, on the front grill, the slats have been painted silver to give it a billeted feel. Unlike Prowl, the turn signals are not colored in.

NO change in transform sequence between Prowl and Silverstreak. First, pull the front fenders (which are connected to the doors) away from the body of the car. They will also pull sightly forward. Lift up on the rear bumpers, then take the backglass and flip it back 180 degrees. Finish the legs by folding the feet down into place, pulling down the feet a bit and flipping his haunches back. This may require a thin, blunt object as they're buried in the feet pretty well.

Now, take the fenders and spin them so the headlight glass is pointing forward. These can fold back against the back of the doors. Take the arms and pull them out in a wingspan motion Seperate the windscreen from the hood, then Pul the hood section down. Peel the windscreen back so you can put his shoulder launchers in place by flipping them over. Pull the air scoop forward so you can release his spring loaded head, then return it to it's place. Press the windscreen up against his back. All that's left now is adjustments to the shoulders, arms and doors and you're done. 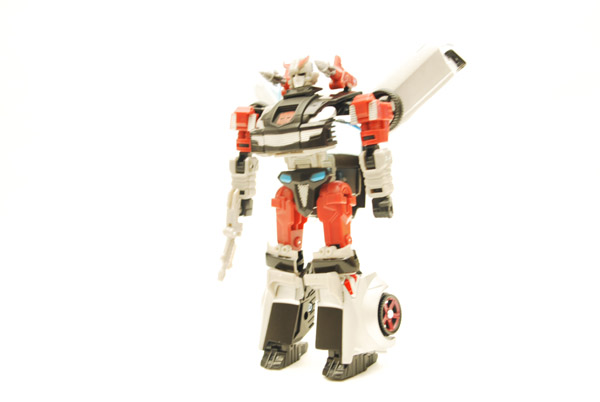 Where Prowl came off looking rather bland in his robot mode, there has been substantial updating to Silverstreak. The thighs and upper arms are done in red. The pelvis area features some blue and silver. The lower arms are done in silver, as are part of the shoulders. The head sculpt is unchanged, but is inverted from Prowl's, with a white face and silver helmet. The antenna on the forehead are done in the same read as the body. 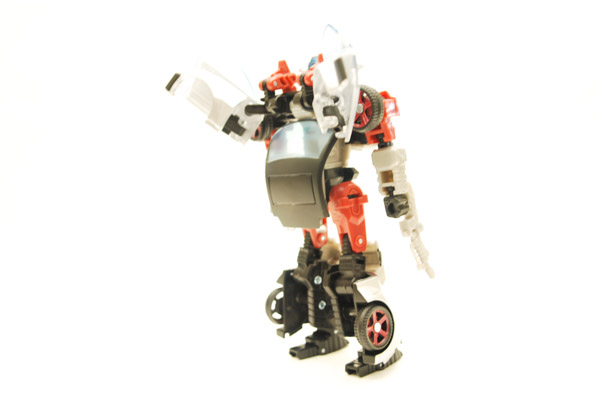 The biggest change is with the shoulder cannons. Prowl had white, unpainted cannons. They fixed this bland issue with Silverstreak. The cannon bases are red with silver barrels now. In trade for this, you get a rather bland PVC gun. Finally, for those who might still be on the fence, the QC on Silverstreak is a vast improvement over Prowl's. Perhaps it's the white paint that created problems. 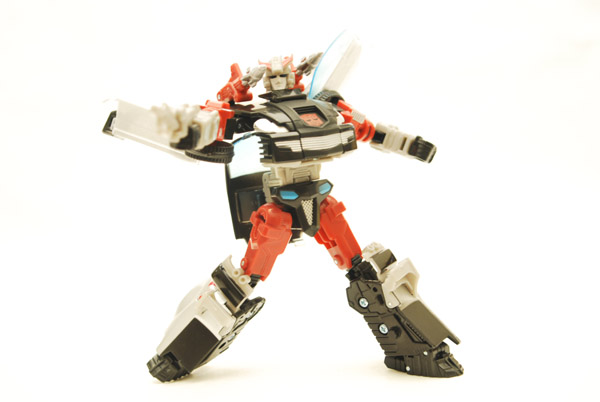 
Articulation is unchanged from Prowl's, which is a good thing.

:Another great repaint that pays tribute to a G1 bot
Robot Mode -

: Any aesthetic issues that Prowl had are gone with Silverstreak
Size Class: Deluxe
MSRP: $11