Like Optimus Prime, Megatron has had multiple appearances in the lineup, as a Voyager, Deluxe and Leader class. Now, he also appears in the Activators lineup.

Megatron is the ultimate power behind the Decepticon army. He is the first and most dangerous warrior ever to come from Cybertron. Nothing less than total domination of the universe and absolute control of the power of the Allspark will satisfy him. 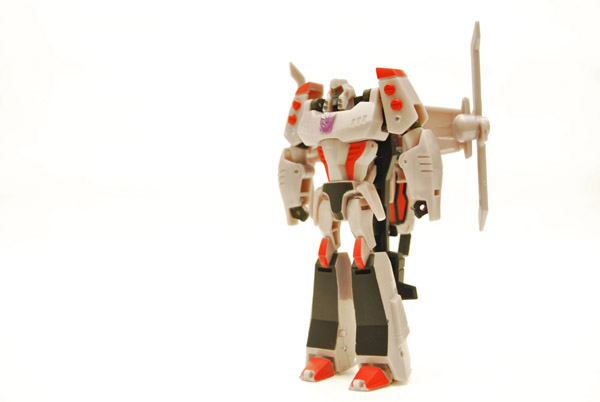 Translating this figure from a Leader class to an Activator leaves room for compromise. Surprisingly, there is little compromise here. In fact, there may be some benefits. For instance, he loses his "knock kneed" look due to the joint setup. 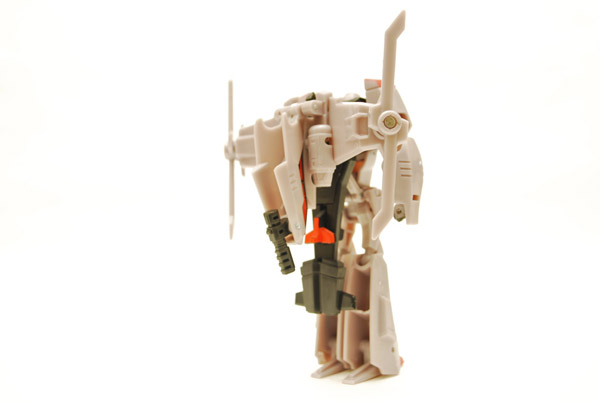 Besides the black face, the colors are pretty accurate. However, the silvery look on the box is misleading, as he is more of a standard PVC gray. Also, he is missing his arm cannon; for reasons that will be discussed later in this review. 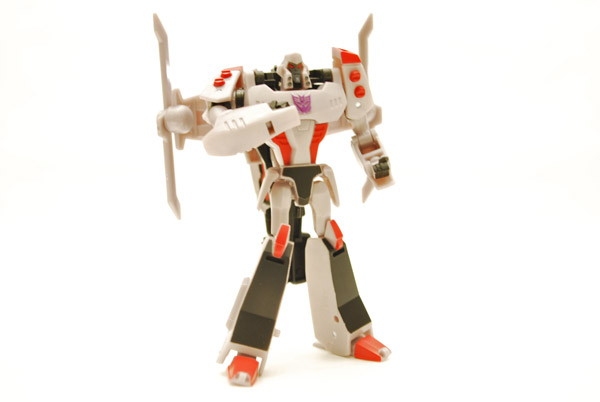 
The joints are very good. Legs are restricted a bit due to the standard chopper-bot syndrome (tail assembly). Also, the jointing for the shoulders is set up a bit weird.

Start off by twisting Megatron's head 10 degrees. The pin is a bit stiff, but it will turn. Fold up the arms so his fists are next to his shoulders. Fold the legs together, then fold the feet down so they are parallel to the legs. Grab the waist, pull down slightly so the chest collapses, then push the lower body forward until it folds up against the upper chest. Fold over the cockpit to lock the assembly in place. There is a red tab on the tail assembly which will spring activate the transformation back to robot mode. 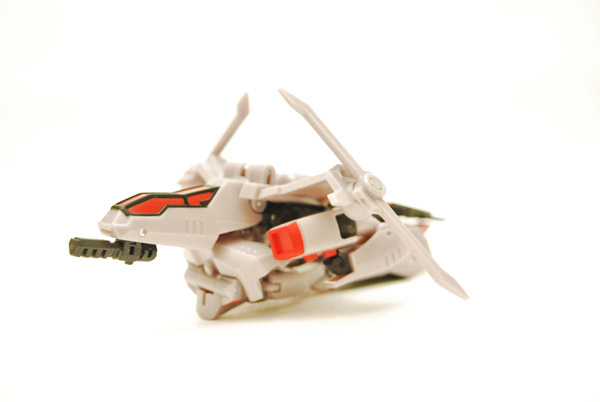 While lacking in some areas, Megatron's alt mode is still represented fairly well here. Both rotors spin freely and independently of each other. The bottom half of the alt mode is somewhat messy and produces gaps. 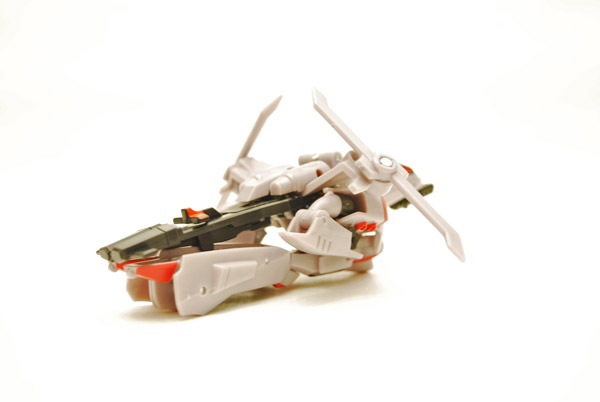 The cannon is positioned underneath the cockpit. It is secured by a pin but does not move. It also cannot be removed. For the entrepreneurial customizer, there might be a way to make the cannon detach and fit on his arm.

: Cleaner than other offerings, but still with it's flaws. Overall -

:For those who can't pin down for the Leader version, this is a very good substitute.
Size Class: Activator
MSRP: $9