Seems fans can't catch a break from Hasbro when it comes to seeker sets. After getting passed over from getting a complete set in Classics, Animated offered hope when Starscream's clone army appeared in the second season. Alas, it looks as though it's not meant to be. Although Skywarp has been released as a Voyager, we now have Thundercracker as an Activator with Ramjet soon to follow.

This ego crazy clone of Starscream is so full of himself, it's tough for him to pay attention to anything else. He sometimes gets distracted by the beautiful shape of his own shadow on the clouds beneath him, or his reflection in the windows of buildings as he flies past. That doesn't make him any less dangerous to the Autobots he attacks, though! 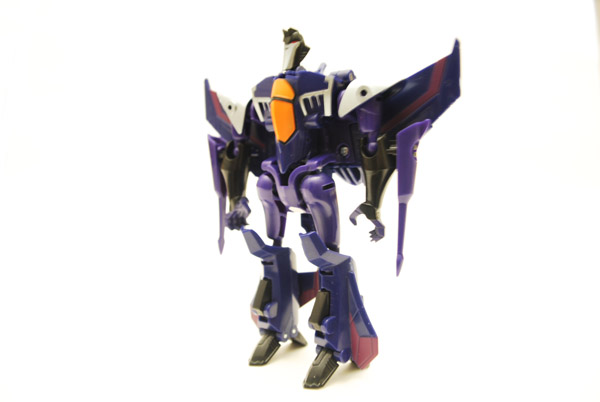 The main difference between Starscream and Thundercracker is the coloration. Whereas Starscream is a powdered blue, Thundercracker comes off with a very deep cobalt blue. It almost looks purple, but the purple stripes discern enough. 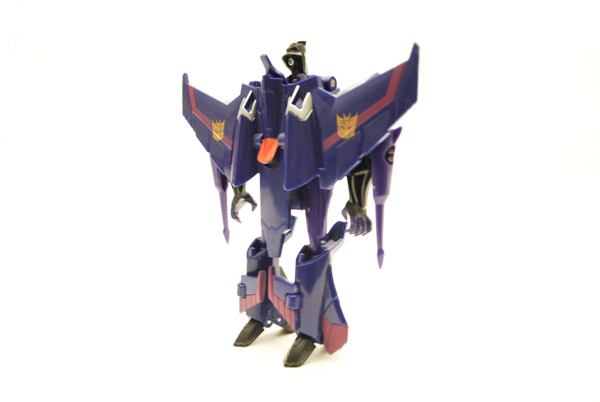 To make up for the lack of change to the head sculpt (even the colors are the same), there is slightly more detail on TC. The intake ports on his chest, for instance, are painted in silver. 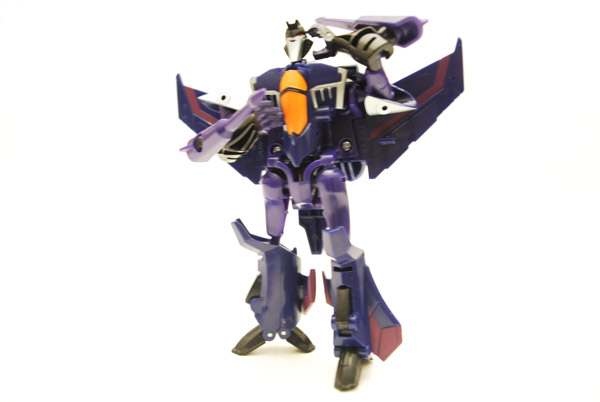 
No changes in articulation. Due to the pin on the back of the knee, bending is restricted. You could shave off the peg, but then the leg wouldn't bolt to the jet mode right.

Transformation is identical to Starscream's Fold his shoulder pads flat against his arms. Rotate his cannons so they face up. There are 2 tabs on the bottom of his wings. His arms have a slot that clip onto these tabs. Fold his feet, then fold his knees forward. Push the legs back to line them up with his back. Grab his cockpit and pull it out then up. Note the nosecone will fold out while you're pulling the cockpit up. Once the cockpit clips in place, clip the legs to the fuselage and fold up the tail fins. Note that when you activate from alt to robot form, the spring loading is faster than the nosecone. You might have to tuck the nosecone under manually to finish that process. 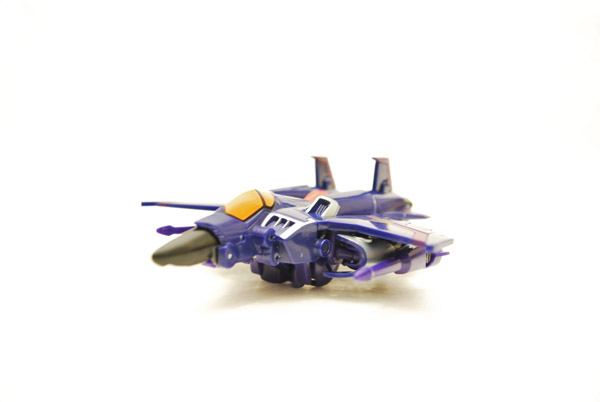 Aside from the main color change, there are no major differences between this figure and Starscream. One curious item is the Decepticon shield placement. It is still on the wing, but is located further back on TC. This makes it blur in a bit with the pinstriping. It's anyone's guess why they did it this way. 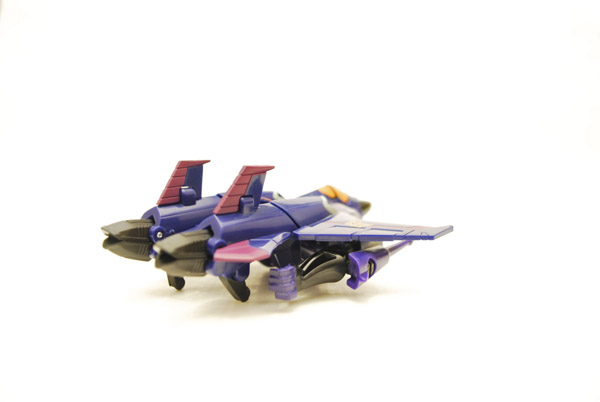 Detailing is slightly better with TC. Along with the aforementioned silver detail to the intake ports, the secondary ports above them are also painted silver. It seems like a small app, but it makes a difference in how the figure looks. Personally, the added touch makes it look better.

: If you don't like the color change, this may not be worth the duplication Vehicle Mode -

: The changes are few, but they also merit giving this figure a look.
Size Class: Activator
MSRP: $9