It all started with the Classics series, when Starscream was released with new coloration. Since then, we've been bombarded with more retail (and not to retail) repaints. Fans have clamored for a more "anime correct" paintjob on Starscream, and now Hasbro delivers with the 25th Anniversary lineup. Since this figure has been reviewed umpteen times, this will be short and sweet, focusing on the main changes between the Classics and the 25th figures.

Starscream is one of the deadliest warriors ever to emerge from the early battles of the civil war. He allied himself early on with Megatron, realizing that the Decepticon way was the easiest path to absolute power. He takes joy in destruction, his shrill laughter echoing across any battlefield over which he flies. Despite his power, he is a coward at heart, a bully more than a tyrant. He lives to lord his strength over those weaker than him, but he lives in fear of anyone stronger. 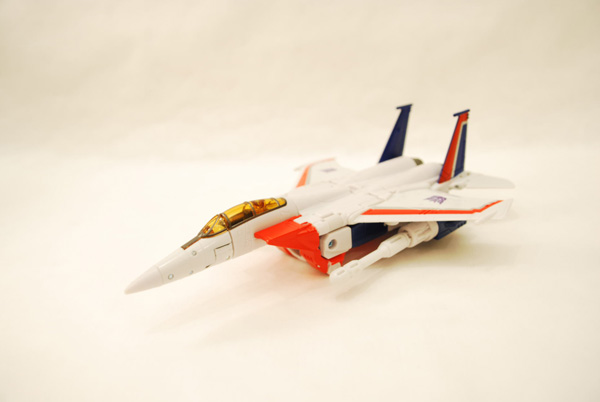 As the headline suggests, the 2nd run of Starscream gets a more G1 inspired look. The figure is primarily white. There are bright red accents for the air intakes, as well as red stripes on the tailfins and fuselage. You will also spot a grey pinstripe behind the red on the fuselage. The tailwings are blue wheree there is not either red or grey. 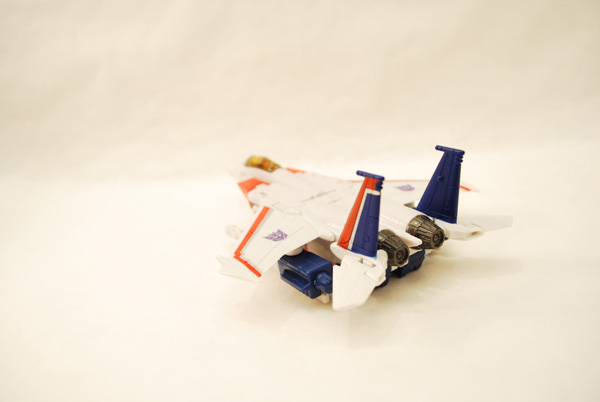 The missile launcher is now all in blue, with the missiles also being white. Back to the fuselage, you will find 2 Decepticon insignias, one on either wing. Very plain, but overall very faithful to the 1984 original 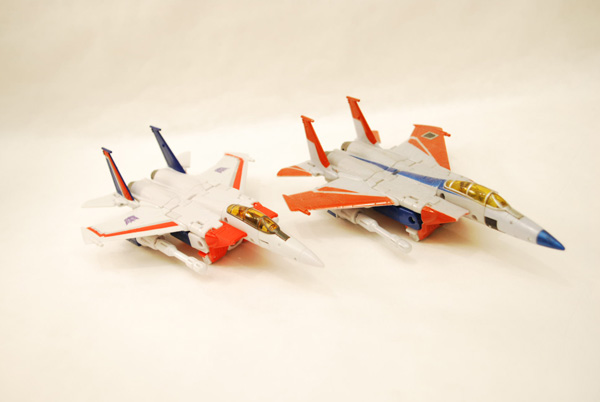 There is no mistaking the differences. Gone is the blue stripe running down the middle, the accented rear stabilizing wings and the rubsign. Curious that the nosecone on the Classics figure is more faithful to the 1984 issue than the Universe, with the blue tip. These figures share absolutely no color hues. Even the cockpits are 2 different shades of yellow. 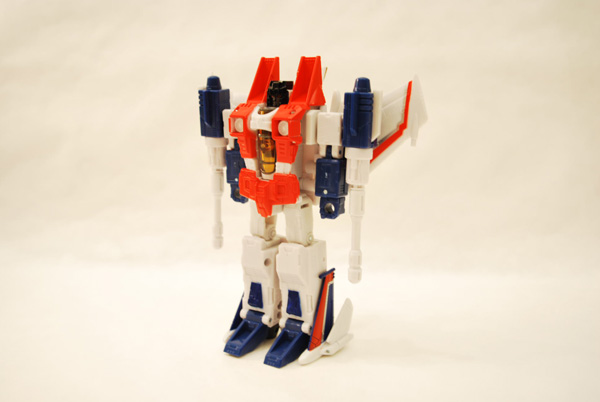 The coloration of the robot mode certainly stands out this time around, between the bright red and the white. One thing that has improved is the head coloration, which is more in lines of G1 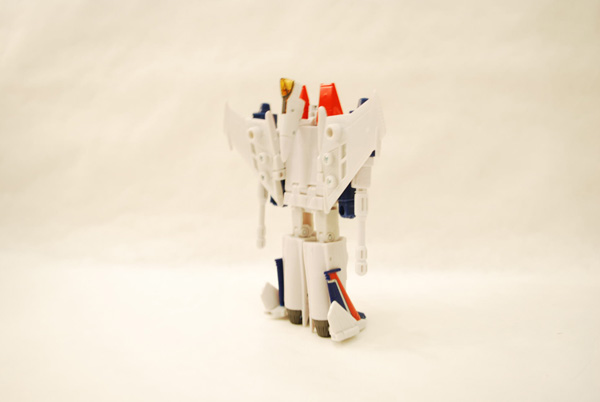 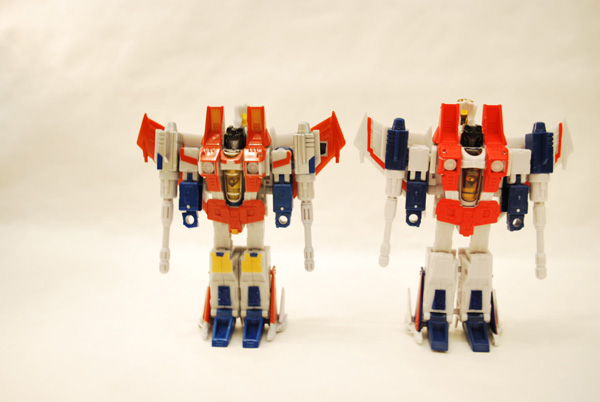 :For the most part, faithful to the G1 version
Robot Mode -

:The head color is much better than the Classics, but the rest of the figure looks plain. Overall -