Lockdown was part of the first wave of figures when Animated was released. The first question was "Why didn't he have the chainsaw option like he did in the show?" Well, leave it to Hasbro to give us what we want... in a repaint. Lockdown has been repainted and is now known as Blazing Lockdown.

"My sensors detect your fear"

Exposed to an exotic form of energy, Lockdown goes through remarkable changes. His systems are suddenly super energized so much that the excess power leaks directly through his armor in a fiery glow. Devoted more deeply than ever to tracking and destroying his Auotobot prey, he no longer demands payment for his work. now, he hunts simply for the joy of seeing the fear in a victim's eyes. 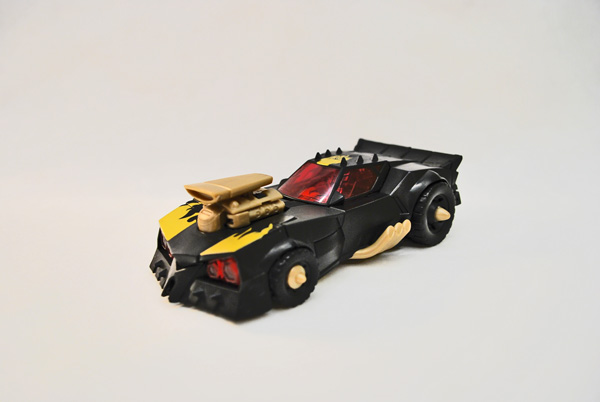 Lockdown retains his black cruiser alt mode, but it's been modded. Instead of the green, there is now gold. Each fender wears a fiery gold applique above each headlight. There is also an emblazoned Decepticon insignia on the roof. Taillights are also outlined in gold. The blower assembly on his cowl and sidepipes are more of a sand color. 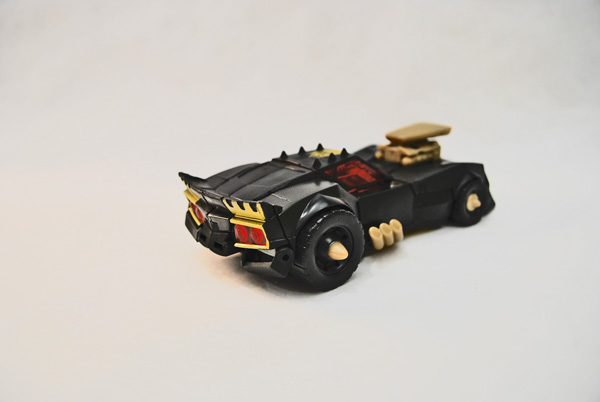 However, some of the other details are gone. For instance, the studs on the roof are no longer painted in. Neither is the front bumper. Upon closer inspection, you'll see that where he hook used to be is now a notched space. This is where the chainsaw now installs. It's a separate piece, and you must install it diagonally, then press down to lock it in place. The chainsaw is also sand colored like the blower, but looks semi-detailed. Transformation is identical to the original Lockdown, as there are no mold changes. 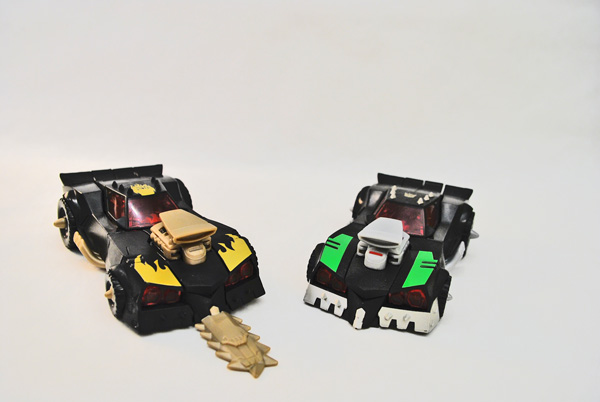 Next to the original, you can see that there's hardly any change at all besides paint applications. However, the original looks more vibrant due to the extra details that are painted in. 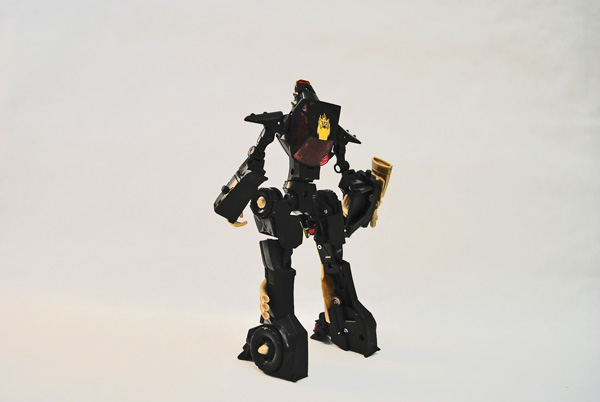 Hope you weren't expecting any more colors to pop up in robot mode. Lockdown keeps the same black and gold motif going. Gone is the "mismatched parts" look, replaced by gold legs and gold fire appliques on the wrist. The face is also in gold. 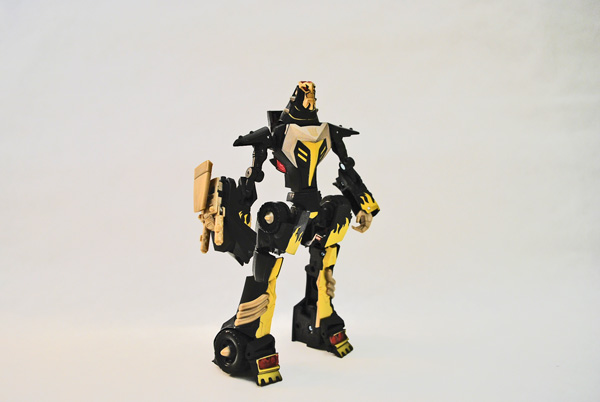 For those who held out and hoped that the hand issue would be resolved, it is not. The hands still only swivel out 45 degrees. The blower weapon works the same way on either hand. The chainsaw will also attach while mounted on either arm. For those who were wondering, you can mount the chainsaw to the original Lockdown. The hook is held on by plastic pegs. Simply flip out the hook until it's just above the down position and work it loose. It'll go back in secure once you want to replace it. However, you might have to paint the chainsaw silver so it looks in sync. 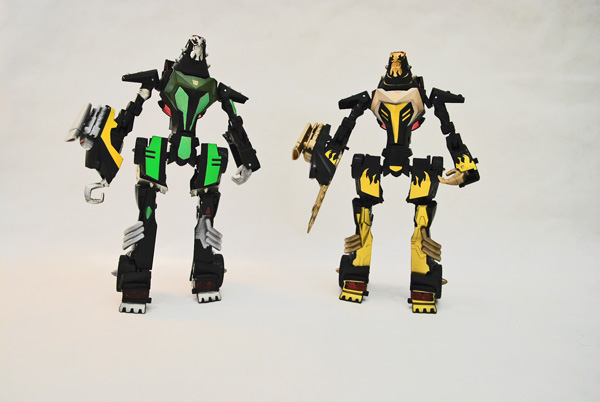 Again, the original comes off looking more vibrant. While black and gold are a good combination, it just doesn't work on this figure.

:Still a good alt mode, but a bit bland with the new paint.
Robot Mode -

: If you passed on him the first time, here's a chance to have his chainsaw. Otherwise, is having that chainsaw really important?
Size Class:Deluxe
MSRP: $11