Hound has been a character overlooked in the G1 universe for as long as G1 has been canceled from the airwaves, spare an Alternators appearance. He makes an appearance for the 25th anniversary lineup, and he brought a... er... friend with him.

Chief tracker and scout for Optimus Prime, Autobot Hound packs some of the most sophisticated sensing technology of any of the Autobots. He is capable of tracking even the most stealthy and light-footed Decepticons - namely Ravage - through rivers, across bare rock, and even through the air by the spare whisper of electromagnetic radiation the robot panther leaves behind. Though Ravage can hide almost perfectly in even the slightest shadow, no amount of skill can prevent Autobot Hound from finding him 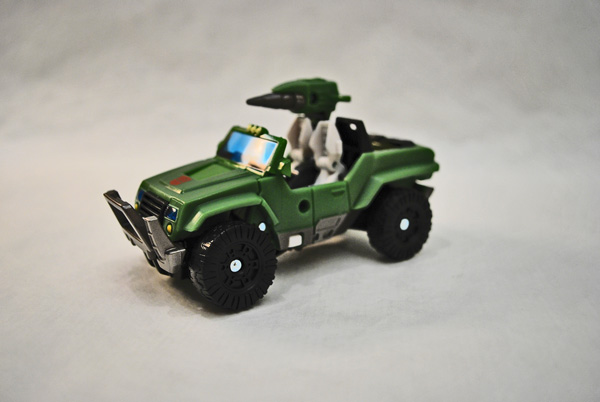 Hound's alt mode is an updated look of his open air Jeep mode. This jeep looks more curvy than his original, almost cartoonish. Olive green is the primary color, along with white seats and a semi-detailed black dash. A silver brushbar adorns the front bumper, complete with winch. His missile can be clipped behind either seatback. 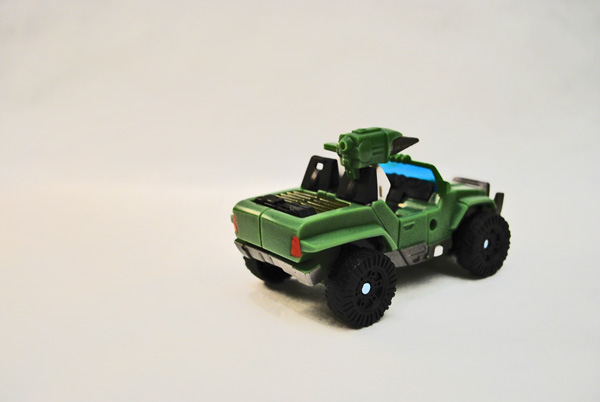 Details can be had all over the alt mode. The headlights are done in translucent blue, with painted in turn signals and a black grille. You'll find his star badge sitting on his right front fender wall. A triplet of spotlights sit on top of the windshield. Almost all the details you can ask for from a Jeep are present. There are also 2 pegs that fold out from the back end. This is to store his "friend", Ravage. 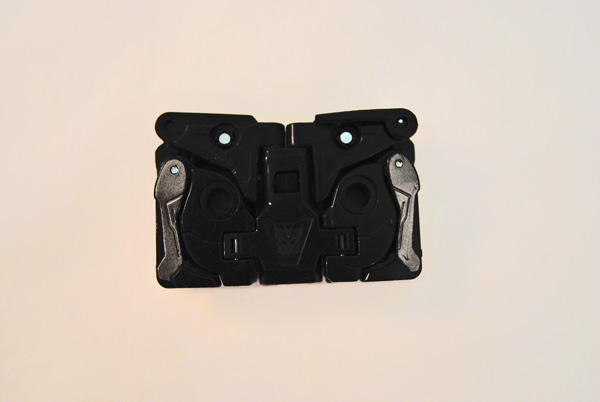 Ravage, of course, is the cassette soldier of Soundwave that sparred with Hound in some of the original G1 episodes. Funny in a day and age where CD and .mp3 players rule that a figure is released as a cassette. Part of what made the cassette soldiers "cool" were that they actually looked somewhat like tapes, complete with labels. Not Ravage. Although he has the general form of a cassette tape, there are no labels. Just a Decepticon insignia on one side. This makes the tape look more like a folded up rectangle. To transform, pull out the rear legs (ones next to his head). Flip out his tail, then fold the rear legs in a quarter-sweep motion to complete the back end. Flip out the head, then bring out the front legs before folding them down. 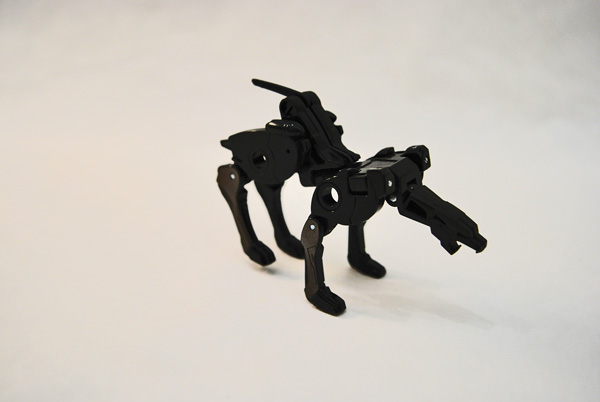 Ravage has some looks in beast mode. The head sculpt could have used a little work though, especially in the eyes. The tail is also way too forward of the rear legs to look right. One positive note though, is that his hip rockets are present. They're unpainted and a bit on the small side, but they're there.

Hound's transformation is very similar to his G1 namesake. Start by folding down the seats. Pitch the rear end up slightly to dislodge the tabs, then pull the rear end back to extend the legs via a half-moon motion. Fold in the seatbacks to his thighs, then fold down the rear end to form his feet.Fold back his front wheels, then curve the tires back out. This will give you room to pull down the arms.

Once the arms are pulled down, pull them around the tires so they end up stacking next to the windshield. Pull down the front end until it meets with his waist. At that point, you can flip up the black tab hanging by his thighs to make up his crotch guard. You can choose one of 2 ways to treat the tires at this point. You can either fold them against his back, or return the tires to their original position. Flip out his fists, then complete the transformation by flipping out his head. 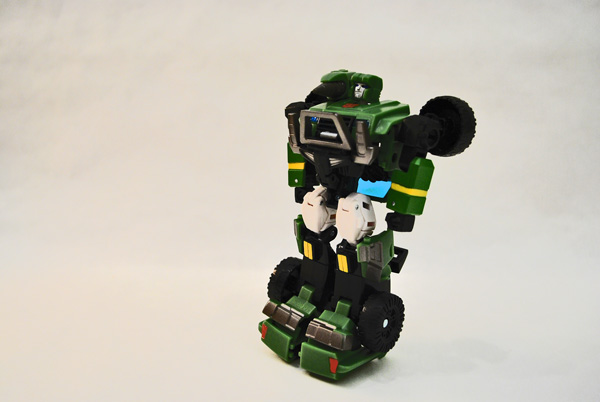 As the Universe line continues, it amazes me how the robot modes get closer and closer to looking like their G1 counterparts. This one is no exception. Yellow makes an appearance in the forearms and kneecaps. The thighs are white, with the upper arms black. The head sculpt is a very nice one indeed. 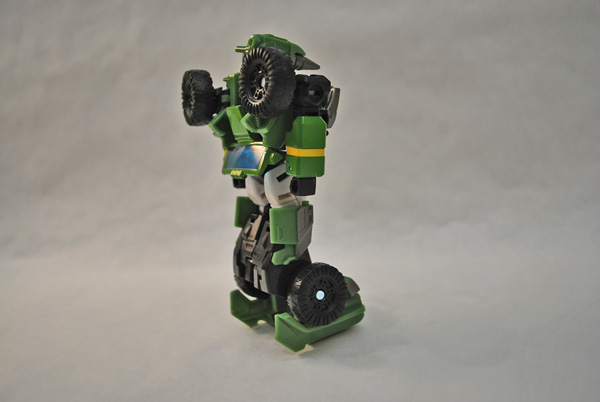 Unfortunately, the head (at least mine) bobbled around like it had screws loose. There was no keeping it in any position, like the ball joint holding it on was 2 sizes too small. His weapon, which can be held fine in his fist, also connected sloppily to his shoulder. In fact, it kept wanting to fall off. Leave it to QC to spoil an otherwise rocking party. 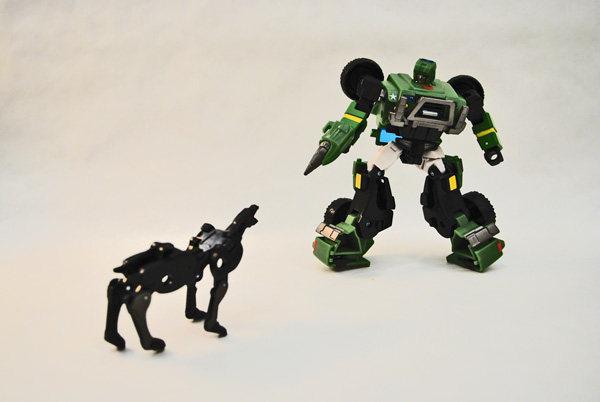 
This is where tire placement matters. If folded flat on his back, shoulder posing will be restricted.

:While still a good buy for the G1 fan, the head and shoulder missile problems may not be QC issues. Be alert.
Size Class:Deluxe
MSRP: $11