How many repaints does a mold get before fans are satisfied? Obviously, more than one. As the 25th Anniversary line kicks into high gear, we are greeted with yet another repaint of Prowl. This time, the trio of original 240z (Fairlady) Transformers is complete with the addition of Smokescreen.

This cunning robot's job is to distract, disrupt and confuse the enemy. He is a master of misdirection, skilled at making Decepticons look in exactly the wrong direction at just the perfect time. More than one Autobot sneak attack owes its success to the skill of Smokescreen. He enjoys playing games with the enemy, taking a huge amount of pleasure in the frustration they display. 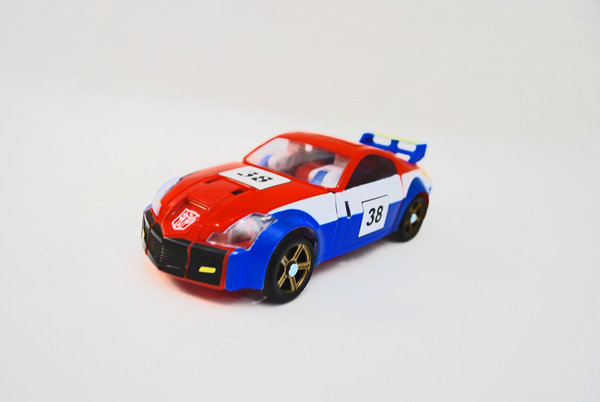 This smokescreen attempts to pay homage to the G1 namesake. It comes close, but there's a few differences. Whereas the original had only a thin white stripe at the beltline, Universe Smokescreen wears a broad white line covering almost half the fenderline. The shade of blue is much deeper than the original, as well. The "38" marker still appears on the doors and hood, albeit it's higher up on the roof this time around. The number looks rather plain versus the G1 look. 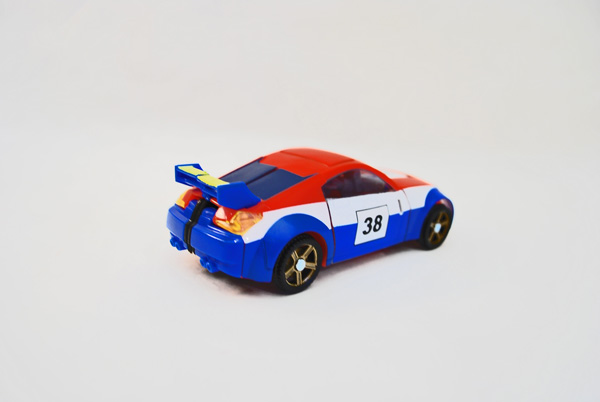 Another major difference is the front end. Instead of blue the grille and bumper work are all black. One final note is the rear spoiler, which has yellow on the top versus being all blue originally. As far as differences from the other 2 previous releases, the only major change is that the tail lights are now done in translucent yellow versus being painted on. The windows are all clear versus tinted. Quality control is as unpredictable as ever. I found splotches on the spoiler, and the hand weapon doesn't store right.

Identical to Prowl and Silverstreak 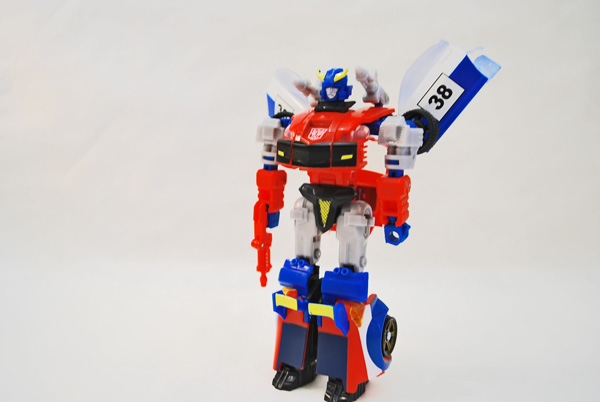 Unfortunately, there's been a bit of regression in regards to the robot mode. The shoulder missiles (which are incorrectly scripted as his electro-disruptors... that's his hand weapon) make due with being unpainted. The thighs and upper arms are also unpainted. He retains the same head sculpt as the former 2, versus the unique sculpt he had in G1. 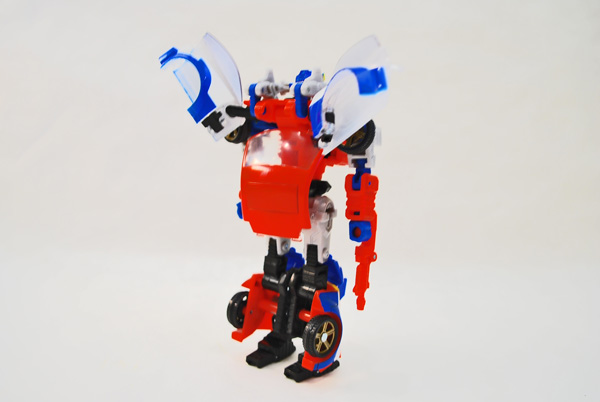 You'll find no major differences with Smokescreen, as the mold has not changed at all. He is a very colorful bot, and besides some nitpickings is faithful to the original G1 design. 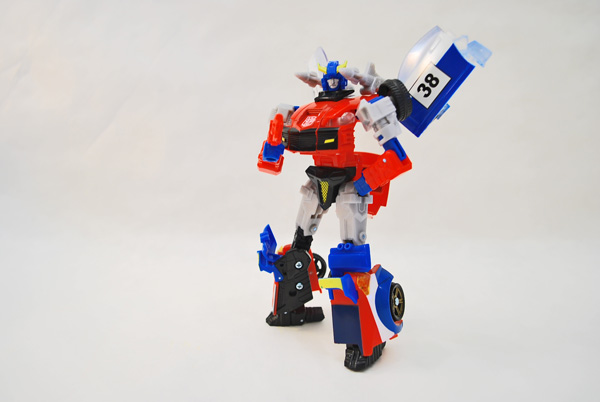 
Poseability is as good as ever.

:A new head sculpt would have been nice. Overall -

: Some minor changes to the mold would have went a long way here.
Size Class: Deluxe
MSRP: $11