There's always something to grieve about in a Transformers line up. For Animated, one such grievance is in consistent sizing. As we've already bore witness, the seekers will not all be released in the same class. Instead, we'll be treated to a smattering of both Voyager and Activator class figures. Next on the list is Cliffjumper, who so far looks to be skipping the Deluxe treatment and going right to Activator status.

Because of his temper, Cliffjumper has never been much of a spy. Even though he works in Intelligence, he doesn't interact much with the enemy. Instead, he collects information from field agents and finds the important bits for his superiors. Of course, knowing everything there is to know about the Decepticons makes him a little tense, which is why he's always ready for a fight. 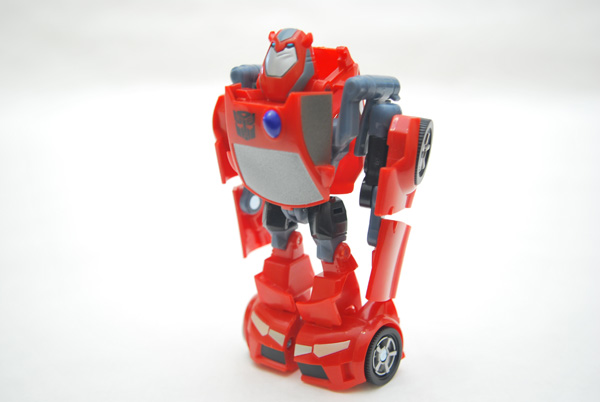 Cliffjumper is a simple red with gray upper limbs. In a rare case, the head has been remolded to represent his TV appearance. The head, however, comes out looking a bit fat. 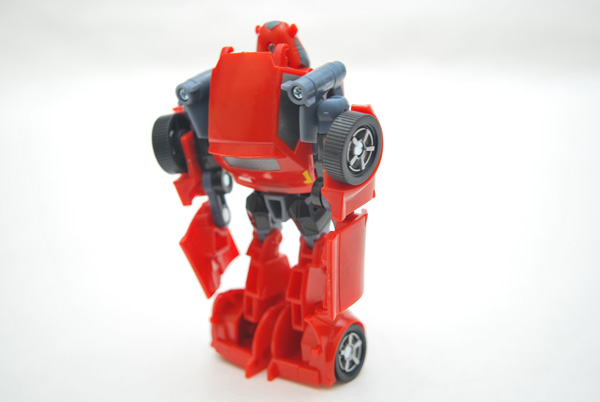 The head sculpt is the only design change to the mold. The hands are still flat and molded to the door panels in the only major complaint.


The chinline restricts movement even more with Cliffjumper due to the larger head. Otherwise, a very poseable figure given the size.

Transformation is identical to Activator Bumblebee. Spread the arms out full wingspan, then line up the arms to flush out the sides of the car. Flip back his feet and line the legs up together. Grab his back, then flip around. Everything should lock in place. To reverse the process, simply press down on his beacon. Once he springs out, simply lay his arms down and flip out his feet. 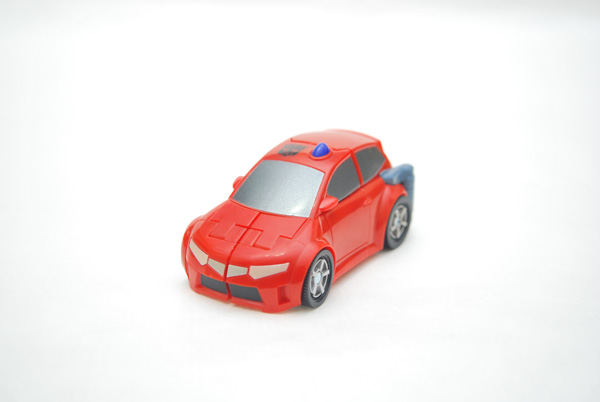 There's no comp stripe for Cliffjumper, but there is better detail. The grill in particular is colored in silver. You'll also notice the blue nub on the roof which activates his spring transformation. 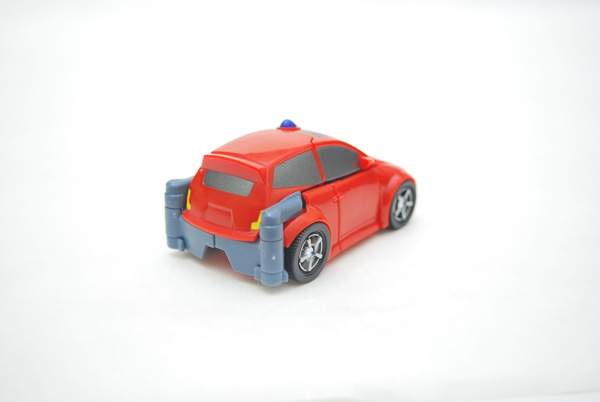 As with Bumblebee, the hinge assembly on the back is a major eye spoiler. If they were done in red to match the body, it wouldn't stand out so much.

: A little more detail is painted in, but overall there are still shortcomings.
Robot Mode -

:This might be your only shot at a Cliffjumper figure in the line, as there has been no announcement of a Deluxe offering. It's worth it.
Size Class: Activator
MSRP: $9