"Finally getting a 10 in your speed tech spec is the right of all sentient beings." 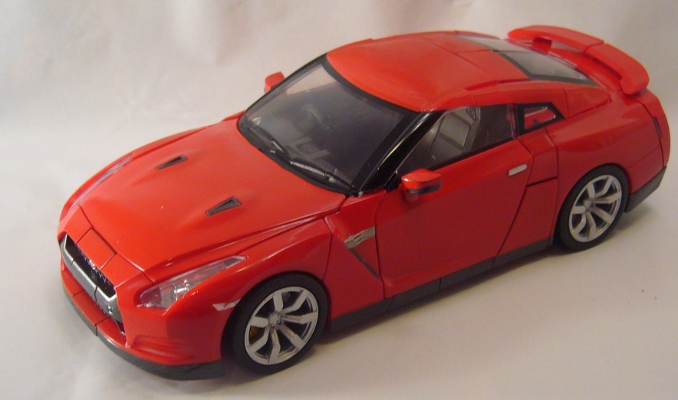 Were it not for a very few extra seams, it would be hard to tell that this is not just a 1/32 scale toy of a Nissan Alternity (and a detailed one at that!). 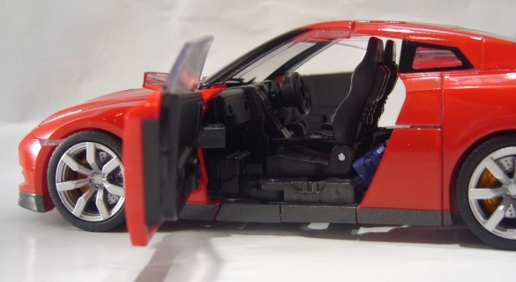 The most striking feature of Alternity’s alt mode are the detail touches. Molded console and shifter, visible bulbs in the headlights, reflective paint on the rear view mirrors, and visible, painted breaks inside the wheels, just to name a few. 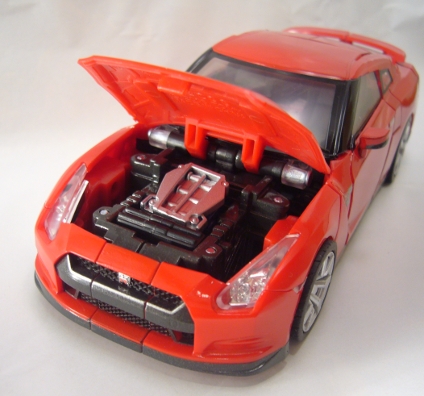 The hood opens to show what looks reasonably like an engine. Also, the doors swing open, and though it’s full of robot parts, so does the trunk. 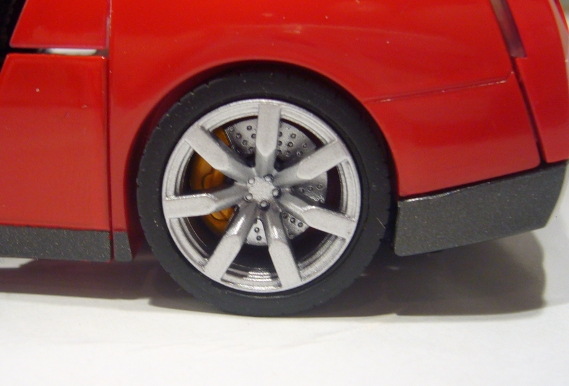 For its size, it has surprising heft and rolls slowly on detailed rubber tires – i.e., it’s not gonna win any races. 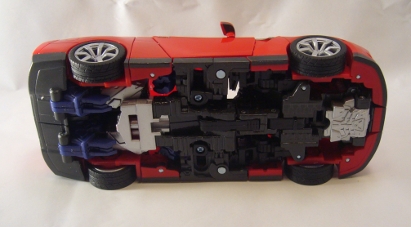 Alternity basically breaks at the top of the car and the undercarriage folds into itself, meeting nearly front-to-back where the robot mode’s waist will be. The head is under the engine, and as such the engine detail remains on the back of the head. Once the hood is up, the sides of the front of the car break away from the midsection and fold over it. This makes the torso more slender and contributes greatly to the robot’s final aesthetic. The arms are attached to the doors, and fold out around the wheels with the seats attached to the underarm. The lower torso swings out from underneath the front of the car to meet the waist, which is folded up from around the rear axle. 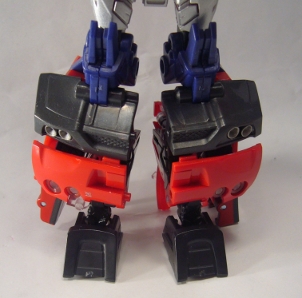 The legs are the weak point of the figure, as they are formed by essentially turning the rear of the car inside out. The attempted transformation of this aspect of the figure elicited a few “What the...” or “Why would you…??” before completion. The feet of the figure are actually formed by pulling out the rear seat backs. 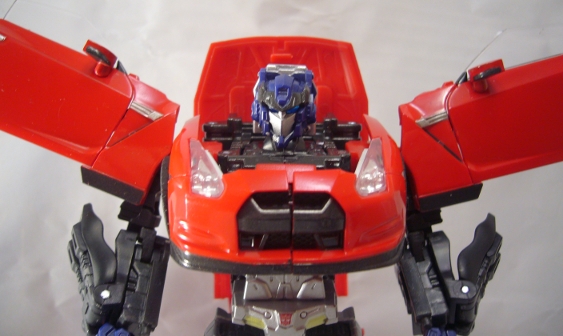 This is actually a pretty attractive figure overall. The head is very detailed and classic-looking, with detailed paint applications (although mine, unfortunately, suffers from several noticeable errors). The most significant downside is the mock engine plate stuck to the back of the head, which is visible even from the front.

The torso and upper legs are exquisitely designed. Detailed and aesthetically pleasing, these components approximate what the fan and collector community now expect from superior Transformer artwork. The chest compression that brings the figure’s upper torso into proportion with the rest of the body, keeping one mode from compromising the look of the other, is particularly impressive. The hood and trunk stick off the back and there is a bit of kibble from the mechanism; all in all the kibble project only about half an inch off the back. 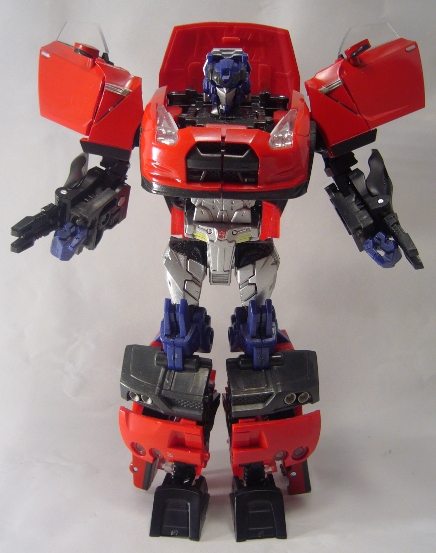 The arms have a very classic Gen 1 feel, with doors off the shoulders. The seats fold onto the arms, and off of their backs a set of double barreled wrist guns can be pulled up. 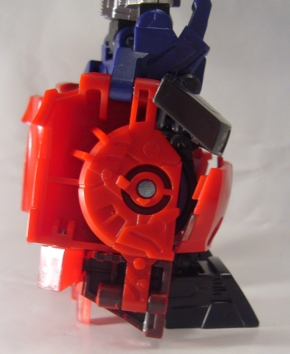 The lower legs are the disappointment in looks as well as function. The shins are formed out of the entire rear of the car. After the clever compression of the chest it’s sad to find the shins are as wide as the shoulders. The bulky shins feed into a scrawny ball joint ankle and a set of awkward toes made of backseat. The rest of the rear of the car has been oragamied into a ginormous calf and heel assembly. It holds up the figure, but let’s just say it’s not stylish. Not the worst legs ever, but juxtaposed to the rest of this impressive figure, they are a letdown. 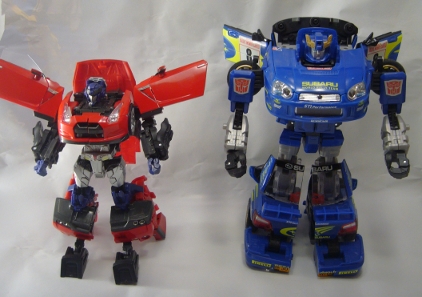 Albeit slightly smaller, Alternity is the Binaltech/Alternators Prime I always wanted. I have to say I like this figure far more than the Alternator Prime we got in North America. The quality is high overall, but watch out for paint errors on the head. 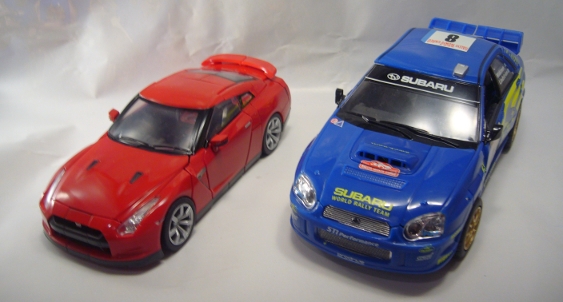 It’s a great display piece in either mode and feels very solid. It will be interesting to see what else comes out of this line. For you Optimus Prime fans out there, not only is the visual connection obvious, but the packaging for this figure also identifies him as “Convoy,” not just as red Alternity. 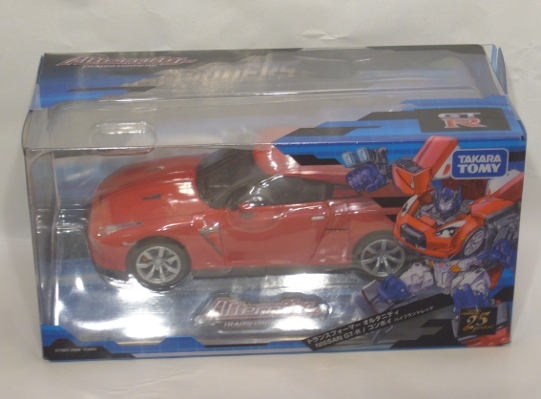