Target strikes again with a volley of exclusive repaints. For their first offering, we get yet another one of Starscream's clones. Sunstorm is being offered along with Activator Ratchet and provides us with Starscream's crazy side.

Yet another clone of Starscream has appeared on Earth to threaten the Autobots. Sunstorm is a cackling madman, determined to destroy everything in his path. He is also a living power battery, absorbing any energy directed at him, from sunlight to high-powered lasers. Only Autobot Ratchet has the scientific know-how to develop a device capable of defeating such a powerful new enemy. 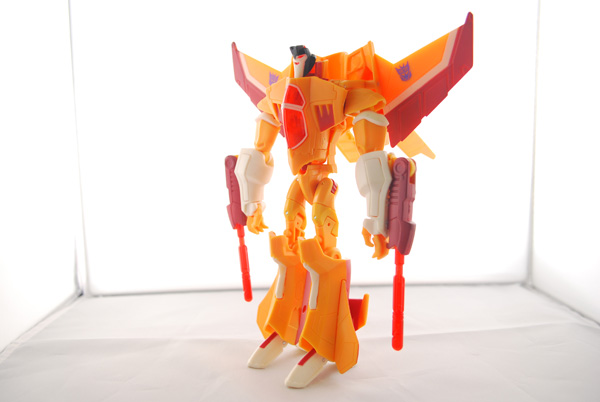 Sunstorm has lately been on of those "me too" figures who usually gets lackluster treatment. Not this time. He manages to stand out quire well. The combination of yellow, burnt red and white are mixed in to give it a unique look versus the previous two offerings. 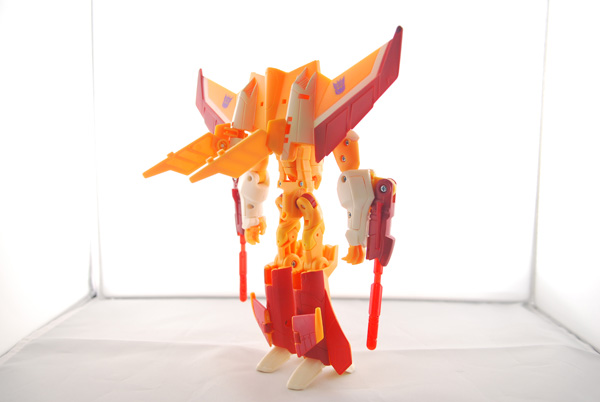 There are no mold changes to speak of. Even the head mold remains the same, albeit with a white face. The missiles are also given a translucent red treatment. All the functionality of the original is also present, including the hidden arm lasers. 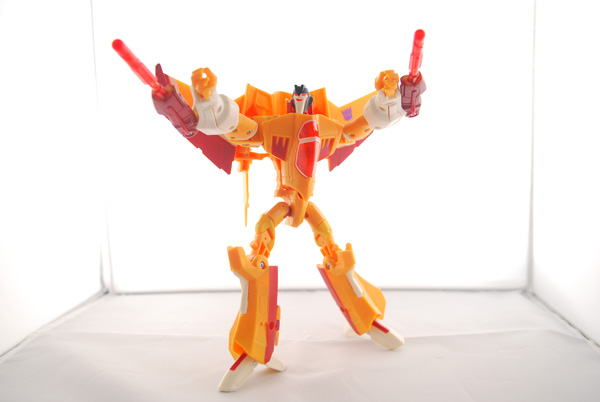 
Very solid poseability, but can be slightly unbalanced. The joints on this particular one were extremely stiff, so be prepared to knock a few limbs off their pegs. 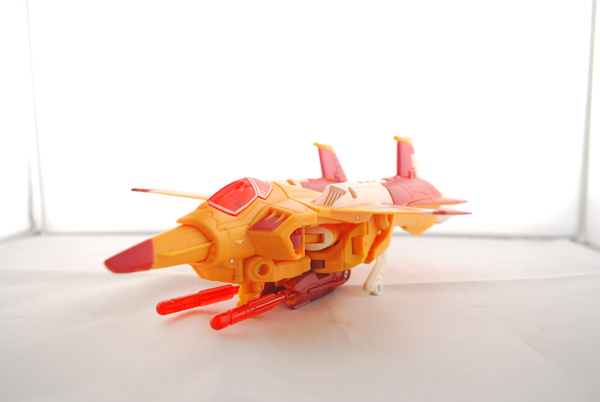 Although a bit bright, this is perhaps the best redeco of the general mold yet, whether Voyager or Activator. The sun bright yellow gets attention, and the burnt red appliques mixed in with the white break things up rather well. It seems like a gaudy combination of colors, but it suits the mold perfectly. 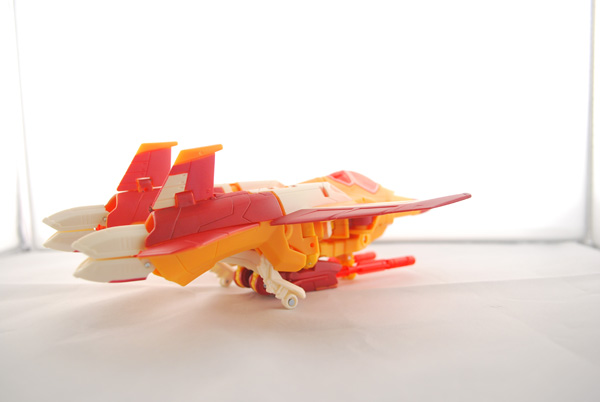 There are no mold changes to speak of. That said, even a third time around fails to take much away from the design. Although a bit tedious to transform into jet mode, the jet itself is one of the better attempts lately.

:There's no physical changes, but the paint job is quite stellar
Robot Mode -

:Again, the paint job is what separates this from being just another repaint Overall -