While Botcon feels like it was practically just yesterday, it's already time for San Diego Comic Con to kick off later this week. TFormers will be there bringing you coverage of everything Transformers as it happens, so be sure to stay right here so you don't miss anything. But in the meantime, what sorts of reveals might we look forward to seeing come this Thursday when Hasbro's Transformers events take place? Keep reading to check out our thoughts!

This is the big obvious reveal. We've been shown some comic art of the Fan Built Combiner already so we have a pretty good idea what to expect out of it. The general appearance really isn't a surprise anymore. What will happen at SDCC is getting to see the toys in one capacity or another. While photographs (or maybe CAD renders) are the most likely, since the toys are all recolors of currently available molds, it's not entirely out of the question to see a hand-painted display sample in Hasbro's display case. More importantly, this should be when we learn important details, like when and how this will be released. My money is on some kind of boxed set format to be sure the "Fan Built Combiner" sells as a complete unit, but only Thursday will tell for sure.

While Victorion is something we've been basically told to expect to see for a while, Titan Wars is quite the opposite. Seemingly this year's "stealth reveal" during Botcon, Hasbro's representatives on site were very good at saying nothing at all when questioned. The only response gotten on this was a story of a printing error resulting in the wrong banners going to Botcon. A clever non-denial! I talked to some degree recently about what Titan Wars could be based on what we saw, so I won't go back in to all of that here. But if Titan Wars is the hint for fans this year like the Superion silhouette was at Botcon 2014, we should definitely expect to hear about this on Thursday. If we're very lucky, there will even be a painted testshot on hand to show off. But failing that, just having a solid idea presented of what this line is about will be excellent.

We got to see two waves of next year's Combiner Wars products at Botcon already, and while there will surely be a refresher showing of Bruticus, Sky Lynx and his Sky Reign team of Autobot cars, that's unlikely to be the extent. If 2016's line runs four waves like this year was planned out for and that Victorion is a special format release not counting for one of those waves, then we might have two more teams to see. If Titan Wars is the new big thing being promoted, then it doesn't seem out of the question to go ahead and get the remainder of next year's Combiner Wars run shown to us, especially if a majority is still reuses of the currently existing molds. As for what they'll be, well, Computron is a favorite for speculation, but we'd also expect to see whatever Sky Lynx's recolor/retool will be - and those probably won't be one and the same, though I want to say stranger things have happened!

Outside the normal retail end, we'll hopefully get an official reveal of the G2 Superion boxset whose existence was indicated a couple months ago. While my own hope would be to see at least a couple of sets like that be announced together, right now I'd happily settle just for that one to get some release info attached to it. Besides that, if there's any other store exclusive or similar format product in the pipeline, this would probably be the time to show it off.

...is not looking good, I'm sad to say. The first panel is specifically titled for Generations, and the RID specific panel looks very much like a focus on the cartoon, not the toys. After a very low key showing at Botcon we had hoped SDCC might be the venue for our look at upcoming products here, but that seems more doubtful now. There are upcoming toys we've learned of through inventory or solicitation data that haven't been officially announced or shown off yet, but even beyond that we need to see signs of more life for the line. It'll be through its first year worth of product soon, and if it's going to have a future beyond that, we probably need to be hearing about it now.

We actually didn't hear anything out of this at Botcon, and it's uncertain if we will at SDCC. The team might be more focused on the regular Generations offerings and not want to give a lot of time to the current reissue series, but if I was in their place I think I'd want to bring attention to the fact that these original toys are being made available - especially with Trypticon being seemingly led by Hasbro and not just importing a reissue that Takara had already done work for. A Platinum Dinobots set was rumored at one point, and if there's any truth behind that one, SDCC would be a great place to unveil that. I'm not holding my breath, however.

Hasbro got a lot of buzz at SDCC last year with the reveal of Combiner Wars. Hopefully they pull out something just as attention getting this year, probably Titan Wars. With the Botcon tease still fresh in mind, I'm looking forward to seeing something that blows everyone away. Whatever they'll have to show this year, TFormers will be bringing it to you as it happens, so stay with us for all the latest news! 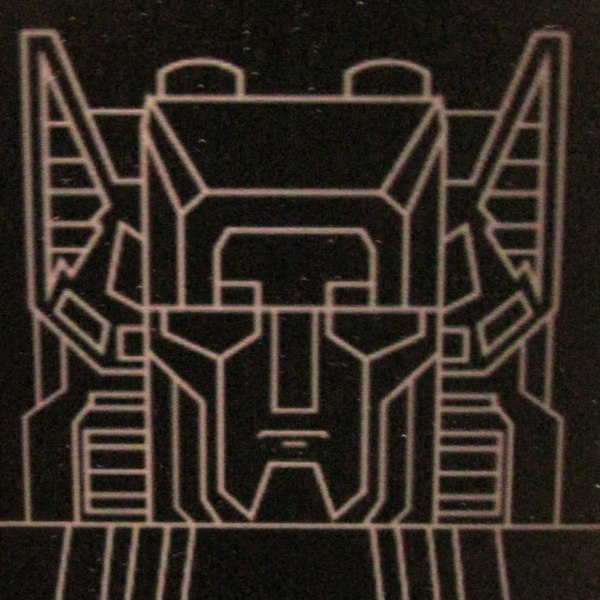