Hasbro has sent us a press release detailing the Combiner Wars animated series co-production with Machinima! In addition to general details we get some info on the voice cast - yes, that was Jon "EpicVoiceGuy" Bailey in the Optimus Prime Prelude - and we discover that Japanese company Tatsunoko Productions was involved in the creation of the series. Keep reading to see the trailer and read the full press release!


Burbank, CA, July 21, 2016 -- With the August 2nd release date for the digital series Transformers: Combiner Wars fast approaching, Machinima and Hasbro opened the first day of Comic-Con by unveiling the official trailer and announcing other important details during their must-see panel.

Additionally, Machinima and Hasbro revealed the incredibly talented group of actors who will be voicing the combination of iconic and all-new characters. The first highly-anticipated chapter in the Transformers Generations Prime Wars Trilogy, the eight-episode Transformers: Combiner Wars digital series launches exclusively in the United States on go90 as well as internationally with various partners.

Providing the first look at the animation for the 3D series, the trailer features the high-stakes drama and high-octane action from the growing threat to all of Cybertron if the Power of Combination is used for evil. Please find a link to the trailer below:

Also announced at the panel was the voice talent for the digital series. With millions of fans across the social landscape, the cast is some of the most talented and recognizable voice actors and animators in the industry including:

· ANNA AKANA, Victorion. With her 1.8M followers across YouTube, Twitter, and Instagram, Akana is a social media powerhouse. As an actress, she has had roles in Marvel’s Ant Man, Hello, My Name is Doris, and Freeform’s The Fosters.

· JON BAILEY, Optimus Prime. Otherwise known as the “EpicVoiceGuy,” Bailey is perhaps most recognizable as the current narrator of Honest Trailers.

· CHARLIE GUZMAN, Menasor. Known best to his 2.6M YouTube subscribers as, “DashieGames,” Guzman has made a career out of gameplay videos. He’s built his impressive fan base by taking games like Grand Theft Auto and Mario Kart, and adding comedic commentary to his gameplay.

· RICKY HAYBERG, Computron. Ricky is an actor, writer, and the host for Machinima’s franchise show, ETC.

· JASON MARNOCHA, Megatron. Marnocha is an actor and writer known best for his work on Throne of Atlantis, Deathstroke: Arkham Assassin, and Justice League War Abridged.

· LANA MCKISSACK, Mistress of Flame. McKissack is perhaps most well known for her YouTube channel, thanks to her comedy sketches. She also has an extensive list of acting credits that includes Four Rooms, The Magic Pearl, and The Passing.

· BEN PRONSKY, Rodimus Prime. Pronsky is a voice actor with various TV and video game credits. He’s provided the voice to characters in shows like Aldnoah.Zero, and Magi: The Kingdom of Magic, and for games such as Dynasty Warriors 8 and D4: Dark Dreams Don’t Die.

· PATRICK SEITZ, Devastator. With over 200 credits to his name, Seitz has provided voices for a variety of well-known films, TV shows, and video games. His work includes Inside Out, Monsters University, and Resident Evil: Damnation.

· FRANK TODARO, Starscream. Todaro is a voice actor with various video game credits. They include, Shardlight, Technobabylon, and LittleBigPlanet 1 & 2 where he was the voice of the Buzz Lightyear.

· ABBY TROTT, Windblade. Trott is a voice actress with credits that include the TV series The Seven Deadly Sins and Miss Monochrome, as well as the video game Killer Instinct.

· ERIC CALDERON, Executive Producer. With over 20 years in animation, Calderon has developed more than a dozen animated TV series, including Afro Samurai with Samuel L. Jackson on SpikeTV.

· FJ DESANTO, Writer. As a development and production executive for over 20 years, Desanto has played an integral role in the Batman franchise and for films like Constantine and The Spirit. He has also served as a writer for DC Comics, Boom Studios, Archaia Entertainment, and Shopro Books. Desanto currently serves as President and Head of Development for Silver Fox Entertainment.

· GEORGE KRSTIC, Head Writer. Krstic’s 20+ year writing and producing career has spanned comedy and action animation with big franchises like, Clone Wars and Speed Racer, as well as stylish originals like MTV’s Downtown and The Five Killers. He is also the creator of the Cartoon Network series, Megas XLR and writes for comics and major video game titles.

· TATSUNOKO PRODUCTION Japanese production company, Tatsunoko, serves as one of the legendary story-telling forces in Japanese anime and hero culture. They’re known for creating worldwide classics such as Speed Racer and Gatchaman (Battle of the Planets).

Taking place 40 years after the great war on Earth, the eight episode digital series introduces new lore and all-new characters that, combined with the characters fans have known for decades, will bring the Transformers storytelling in a new direction.

The Autobots and Decepticons have disbanded and returned to Cybertron. With the days of Optimus Prime and Megatron over, Cybertron is now ruled by a triumvirate. However, an ancient technology has enabled a new threat, the power for multiple Transformers to combine into one massive, dangerous form: Combiners. Who will stand-up to this threat to ensure that the fragile peace that was 4 million years in the making remains?

Machinima is the most notorious purveyor and cultivator of fandom and gamer culture. The FIRST! Many2Many programing service (M2M), we create, curate and celebrate the best fandom and gamer content across multiple video platforms. As one of the largest online video platforms in the world, Machinima programs to a community passionate about video games, animation, movies, TV, and the other endless forms of pop culture. With a focus on scripted, topical and gaming programing, and a talent network of thousands of programmers, Machinima reaches over 150M viewers each month.

Hasbro (NASDAQ: HAS) is a global company committed to Creating the World's Best Play Experiences, by leveraging its beloved brands, including LITTLEST PET SHOP, MAGIC: THE GATHERING, MONOPOLY, MY LITTLE PONY, NERF, PLAY-DOH and TRANSFORMERS, and premier partner brands. From toys and games, television programming, motion pictures, digital gaming and consumer products licensing, Hasbro fulfills the fundamental need for play and connection with children and families around the world. The Company's Hasbro Studios and its film label, ALLSPARK PICTURES, create entertainment brand-driven storytelling across mediums, including television, film, digital and more. Through the company's commitment to corporate social responsibility, including philanthropy, Hasbro is helping to build a safe and sustainable world and to positively impact the lives of millions of children and families. Learn more at www.hasbro.com, and follow us on Twitter (@Hasbro & @HasbroNews) and Instagram (@Hasbro).

Battling Across Time: Grimlock and Mirage 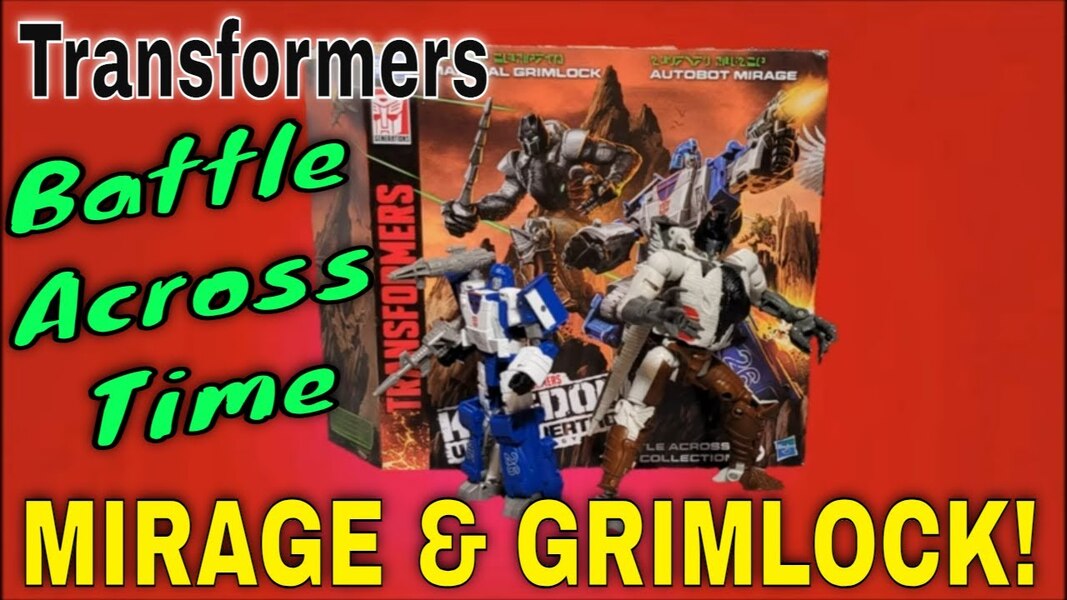 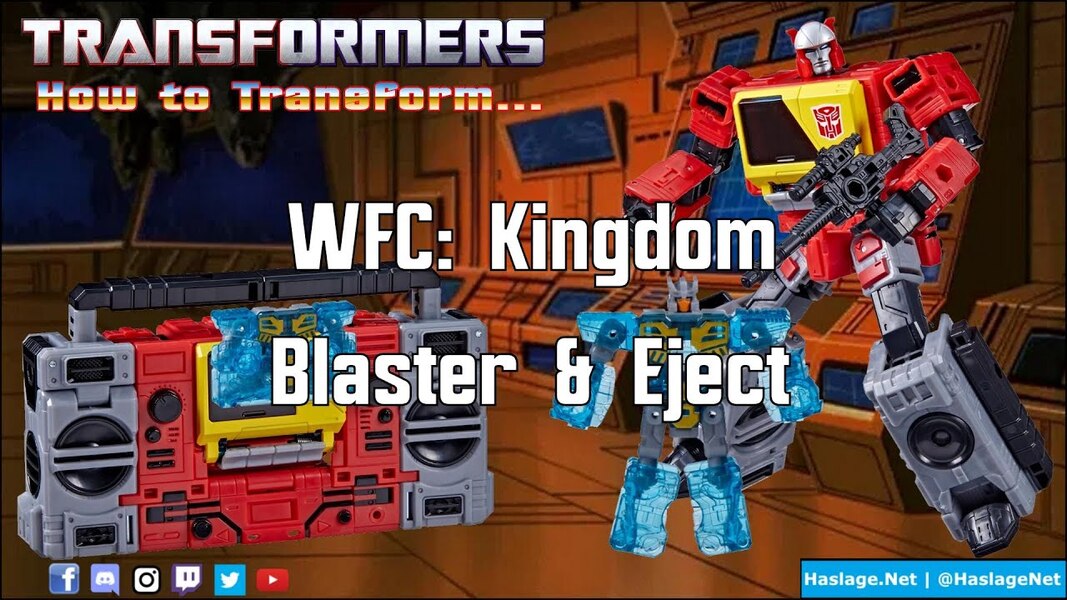 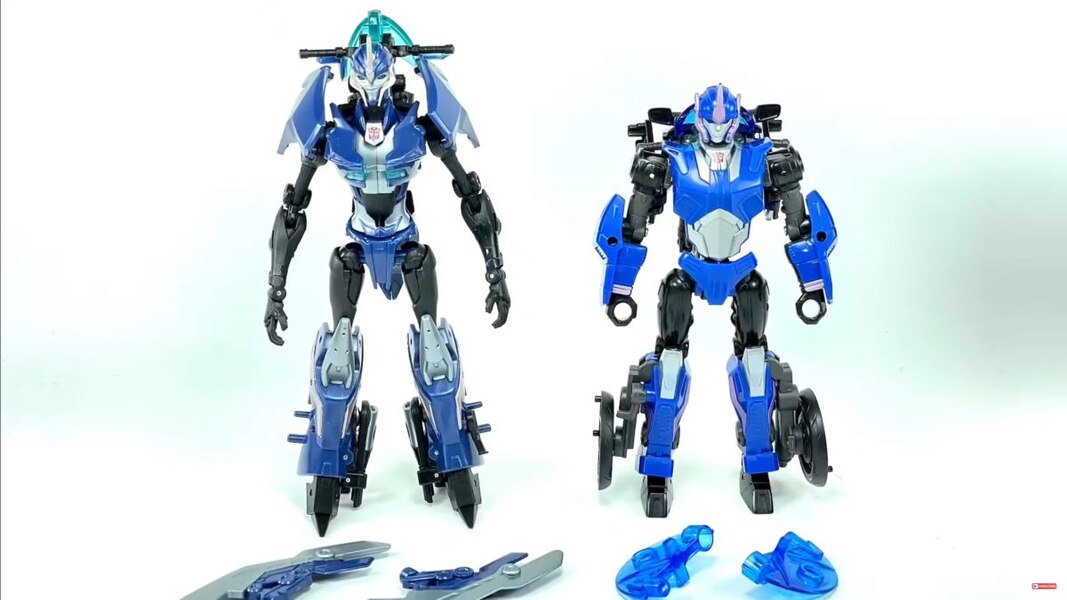 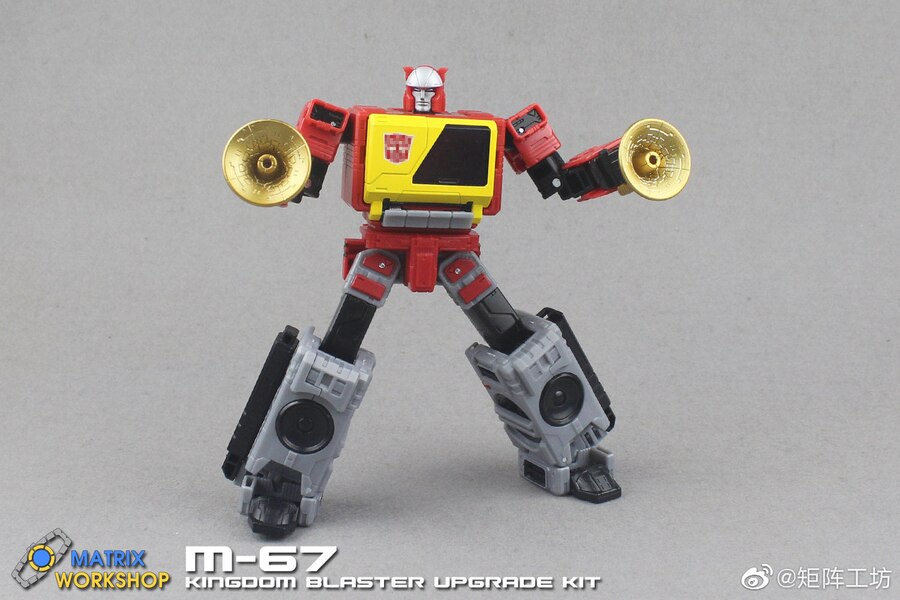 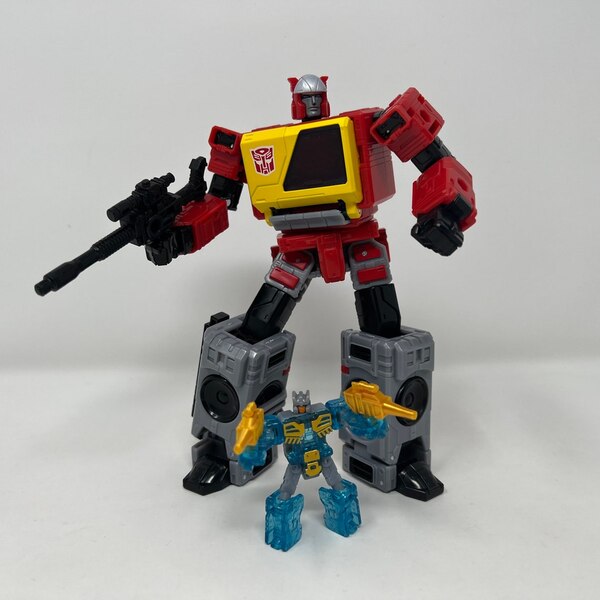 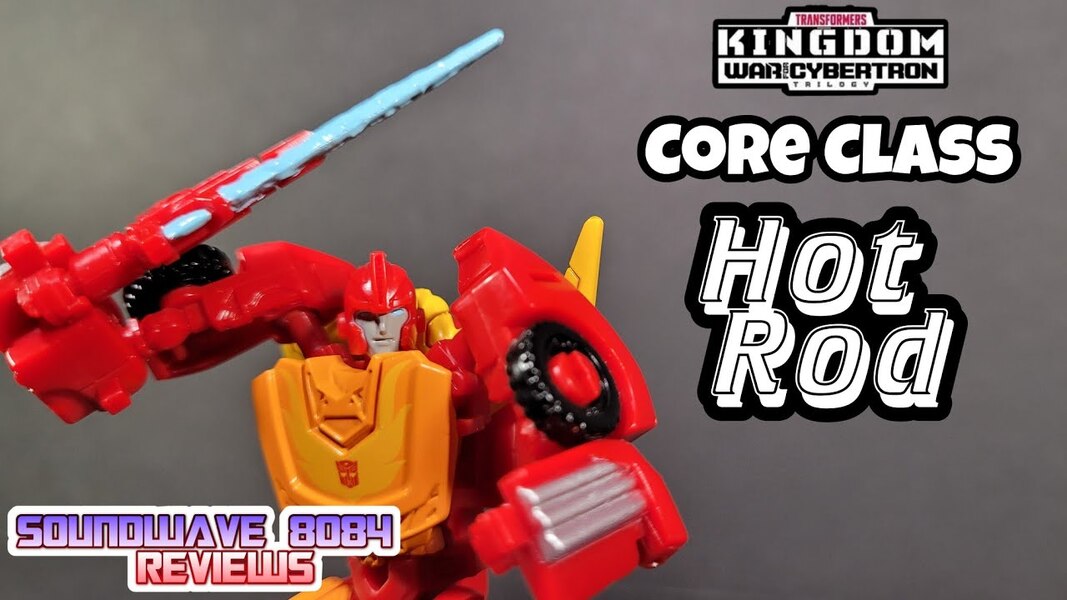