Calling all MSTies! In the not too distant future- Saturday, July 23rd at 8:30 pm in Room 24ABC, to be precise- for the panel Mystery Science Theater 3000 is Back! As the excitement mounts for the upcoming new episodes of Mystery Science Theater 3000, join Joel Hodgson (creator, MST3K), Felicia Day (Geek & Sundry) and others discuss the show’s record-breaking crowdfunding campaign, and reveal behind-the-scenes info on Season 11!

Genre and horror film buffs, collectors and pop culture enthusiasts alike won’t want to miss An Inside Look at Shout! Factory and Scream Factory. At 8 pm on Friday, July 22nd in Room 29AB, join Brian Ward (Director of Blu-ray and DVD Production) and Jeff Nelson (Sr. Marketing Director) as they make special announcements and unveil exclusive sneak peeks of upcoming Blu-ray/DVD collector’s editions and new movies coming to theaters this fall. A fan-driven insider’s event filled with lively discussion and more than a few surprises, this panel discussion and Q&A will be moderated by Julia Cunningham, host of Entertainment Weekly’s “LA Daily” on Sirius XM.

Showcasing highly anticipated current and upcoming offerings from Shout! Factory’s most popular brands, the Shout! Factory Booth (#4118) will once again be an essential destination on the convention center floor. The booth also features convention exclusives, autograph signings, daily sweepstakes giveaways and much more.

11:00 am Gail Simone and Misty Lee signing for Red Sonja: Queen Of Plagues,
-12:00 pm the new animated comic based on the Dynamite comic.

5:15 pm - Signing with the cast of next season of Mystery Science Theater 3000! Series
6:15 pm creator Joel Hodgson, Jonah Ray and Felicia Day will be in attendance.

12:00 pm Appearance by Ladybug and Cat Noir of Miraculous

Miraculous: Tales of Ladybug & Cat Noir Buttons
Be Miraculous! We're selling DVDs and giving away these "spot on" limited-edition collectibles. Stop by and say "Be Miraculous" to get your own Miraculous button! Limited to one per person.


Scream Factory Button Packs
For the 4th consecutive year, we’re giving away the highly collectible Scream Factory 5-button pack! This year, the titles we’ll be flaunting are top secret! Stop by the booth and ask for your set to reveal what we have in store for you this fall!

The Adventures of Buckaroo Banzai Across The 8th Dimension Collector’s Edition
Shout Select’s inaugural release is the Collector’s Edition of the beloved ’80s cult classic! On Blu-ray for the first time, this Collector’s Edition comes loaded with bonus features, including a comprehensive retrospective featuring brand-new interviews with members of the cast and crew, and an additional disc of bonus features. Brilliant brain surgeon Banzai (Peter Weller) just made scientific history. Shifting his Oscillation Overthruster into warp speed, he's the first man ever to travel to the Eighth Dimension and come back sane! But when his sworn enemy, the demented Dr. Lizardo ( John Lithgow), devises a plot to steal the Overthruster and bring an evil army of aliens back to destroy Earth, Buckaroo goes cranium to cranium with the madman in an extra-dimensional battle that could result in total annihilation of the universe!

Army of Darkness Collector’s Edition
Bound in human flesh and inked in blood, the ancient "Necronomicon" – the Book of the Dead – unleashes unspeakable evil upon mankind in this outrageously hilarious third chapter of Evil Dead Trilogy from legendary director Sam Raimi (Darkman, Drag Me to Hell) and producer Robert Tapert (Ash vs. Evil Dead). Army Of Darkness Collector’s Edition, featuring the Theatrical Cut of the film, the Director’s Cut (with 15 minutes of extra footage), the International Cut and the TV version (in standard definition). This definitive collector’s edition is jam-packed with bonus content, including new interviews with star and co-producer Bruce Campbell and the cast, special make-up effect artists Howard Berger, Tony Gardner, Robert Kurtzman, and Greg Nicotero, audio commentary, alternate and deleted scenes and much more – all collected in a special 3-Disc Blu-ray set!

Invasion of the Body Snatchers Collector’s Edition
The seed is planted…terror grows. Invasion of the Body Snatchers Collector’s Edition Blu-ray features a new HD transfer and comes packed with new bonus features, including interviews and audio commentary with cast and crew, and a limited-edition collectible slipcover with newly rendered artwork. In the terrifying sci-fi classic, the residents of San Francisco are becoming drone-like shadows of their former selves. As the phenomenon spreads, two Department of Health workers uncover the horrifying truth: Mysterious pods are cloning humans — and destroying the originals!


Manhunter Collector’s Edition
The first film to feature the iconic character Hannibal Lecktor, Manhunter follows former FBI profiler Will Graham (William Petersen, To Live and Die in L.A., CSI: Crime Scene Investigation) as he reluctantly returns to his old job to track a horrific serial killer known as the "Tooth Fairy." But in order to get into the mind of this maniac, Graham must face another: Lecktor (Brian Cox, X-Men 2, Red), the imprisoned psychiatrist whose own insanity almost cost Graham his life… and whose insights into the "Tooth Fairy" could prove as dangerous as the killer himself. This Collector’s Edition features more than 5 hours of bonus content, including over 2 hours of new interviews,

Middleman: The Complete Series
Think your life has its wild twists and turns? You’ve got nothing comparable to the adventurous life of twenty-two year-old aspiring artist Wendy Watson as she gets recruited by a top secret agency to fight comic book-esque criminals under the guidance of her straight-laced boss who introduces himself only as…The Middleman. Based on the series of graphic novels by acclaimed writer Javier Grillo-Marxuach (“Lost,” “Medium”), this fan favorite live-action series aired on ABC Family.

Miraculous: Tales of Ladybug & Cat Noir - Spots On!
Wildly successful on Nickelodeon, legions of fans worldwide know that Miraculous: Tales of Ladybug & Cat Noir is superhero super fun! When the treacherous Hawk Moth uses his evil energy to transform the citizens of Paris into super villains, only two amazing heroes stand in his way: Ladybug and Cat Noir! With the help of their magical pets, this incredible duo team up to outwit Hawk Moth and keep their city safe… but their biggest challenge might be getting through school. You see, Ladybug and Cat Noir are actually Marinette and Adrien, a pair of young students who live what seems to be a normal life. But even for these two, it’s hard to juggle schoolwork, friends, family and growing up when every day is a super-powered adventure!

My Little Pony Friendship Is Magic: Season 5
When Twilight Sparkle and her best friends — Rainbow Dash, Fluttershy, Applejack, Pinkie Pie, Rarity and Spike — come across a town full of ponies with the exact same Cutie Mark, the gang has to learn a very powerful lesson about individuality. And the adventures just get better from there! This four-disc DVD set features all 26 episodes of My Little Pony: Friendship Is Magic’s fifth season and includes bonus features!

Mystery Science Theater 3000 Vol. 36
In this election year, we present two candidates for president of Mystery Science Theater 3000 Volume XXXVI. Representing the Comedy Central Party, Joel Hodgson, a champion of long-suffering cinephiles, leads the botty politic in two memorable episodes replete with inspired riffs and wacky host segments. Representing the SyFy Channel Party is Mike Nelson, a riff-ormer whose doctrine of laughter at any cost is clearly in play on the other two delirious episodes in this collection. We urge you to hear them both out as they take on some of the cheesiest movies of the day and lay out their visions for a funnier tomorrow. Includes the episodes Stranded In Space City Limits, The Incredible Melting Man and Riding With Death.

Red Sonja: Queen of Plagues
Red Sonja, the She-Devil with a Sword, intends to pay back a blood debt owed to the one man who has gained her respect... even if it means leading a doomed army to their certain deaths! Who is Dark Annisia, and how has this fearsome warrior accomplished what neither god nor demon has been able to do: force Sonja to her knees in surrender? An epic tale of blood, lust, and vengeance, Queen of the Plagues takes Red Sonja from the depths of her own grave to the heights of battlefield glory. This animated feature-length film is features the voice talent of Misty Lee, with art by Walter Giovani and based on the comics by Gail Simone.

Return of the Living Dead Collector’s Edition
Just when you thought it was safe to go back to the cemetery, those brain-eating zombies are back and hungry for more tasty mortals! Writer/director Dan O’Bannon (Alien, Lifeforce) puts an uproarious spin on the zombie apocalypse movie in 1985’s cult classic The Return Of The Living Dead. Considered one of the campiest undead romps of its time, the film features a killer soundtrack with tracks from many songs from punk artists such as The Cramps, T.S.O.L. SSQ and 45 Grave. The Collector’s Edition boasts a brand new 2K scan of the film and over 12 hours of extras!

Super Sentai Zyuranger: The Complete Series
See where the worldwide phenomenon began with Super Sentai Zyuranger, the original Japanese series that inspired the Power Rangers franchise! When the sinister witch Bandora is released from her prison after 170 million years, five warriors from an ancient time are woken from suspended animation to once again defend Earth from Bandora and her evil horde. Armed with enchanted weapons and giant robotic deities known as the Guardian Beasts, it’s up to these warriors to defeat Bandora and her monsters before she can exact revenge upon the Earth for the death of her son.


Session 9
It looms up out of the woods like a dormant beast. Grand, imposing... abandoned and deteriorating, the Danvers State Mental Hospital, closed down for 15 years, is about to receive 5 new visitors. Donning protective gear, the men of the Hazmat Elimination Co. venture into the eerily vast and vacant asylum that is filled with an evil and mysterious past. Rampant patient abuse, medieval medical procedures and rumors of demonic possession are some of the many dark secrets the hospital holds – but then so do each of the men. Directed by Brad Anderson (The Machinist), Session 9 features a talented cast including David Caruso (CSI: Miami), Peter Mullan (War Horse, Trainspotting), Paul Guilfoyle (CSI: Crime Scene Investigation), Josh Lucas (American Psycho), Stephen Gevedon (Show Me a Hero) and Brendan Sexton III (The Killing, Boys Don’t Cry).

They Live Collector’s Edition
Horror master John Carpenter (Halloween, The Thing) directs this heart-pounding thriller in which aliens are systematically gaining control of the Earth by masquerading as humans and lulling the public into submission. Humanity’s last chance lies with a lone drifter who stumbles upon a harrowing discovery — a unique pair of sunglasses that reveals the terrifying and deadly truth. They Live boasts a bounty of special bonus content, a collectible cover featuring newly rendered retro-style artwork, a reversible wrap with original theatrical key art and much more! 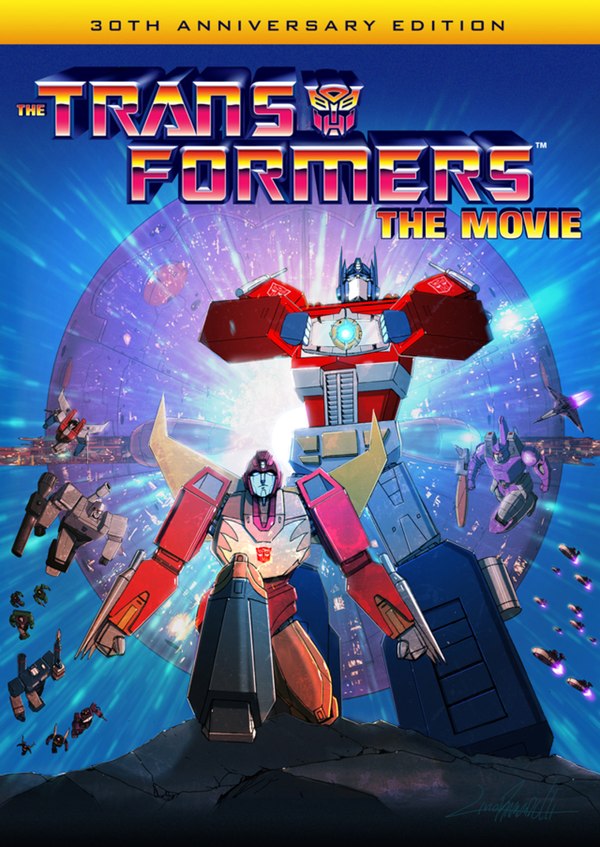 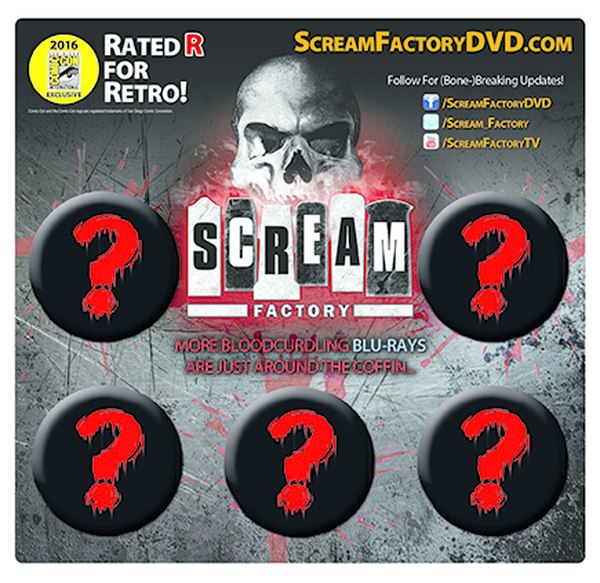 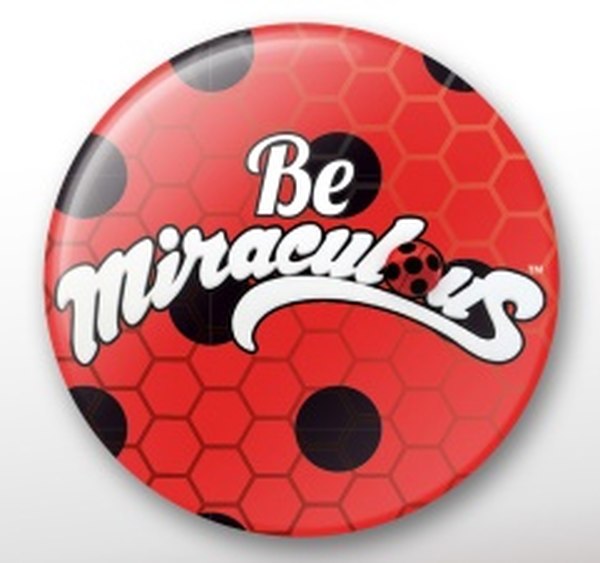