Remember that time Hasbro made transforming Star Wars vehicles based on major movie characters? It looks like TakaraTomy may be interested in picking up that project now. In addition to the Legends and Encore God Fire Convoy reported earlier today, March 2018 is seeing a new release of Darth Vader's TIE Advanced, and the first run will include a squad of Storm Trooper mini figures in addition to the Darth Vader pilot figure. For those who remember these as being less than amazingly designed, you might want to keep reading, because it seems not to be a simple reissue...


UPDATE: Autobase Aichi has two more pictures of Vader's TIE Advanced. This was apparently on display at a recent event in Japan, but may not have had immediate indications of being a Transformer. This gives us more looks at the vehicle mode, including from beneath. A poster featuring the Millennium Falcon was also shown, so that may be following close behind the TIE Fighter.

A post on Loopaza's page on Facebook shows images of the Vader TIE Fighter toy, and while the vehicle form is as you might expect very similar to the original release of the toy, and to the base design itself, the robotic form is noticeably different from the toy released over a decade ago now. It doesn't seem different enough to say that it's an entirely new mold, but it does seem to have been overhauled, gaining stronger proportions than the really awkwardly structured humanoid form of the original release.

This seeming remodeling comes at a cost, though: What sold between $15 and $20 in 2005 is now going to run you almost ¥6000. If the toy has been significantly improved, it might prove worthwhile for enthusiasts of both properties, but it's looking a little prohibitive for a casual pick up for novelty purposes. 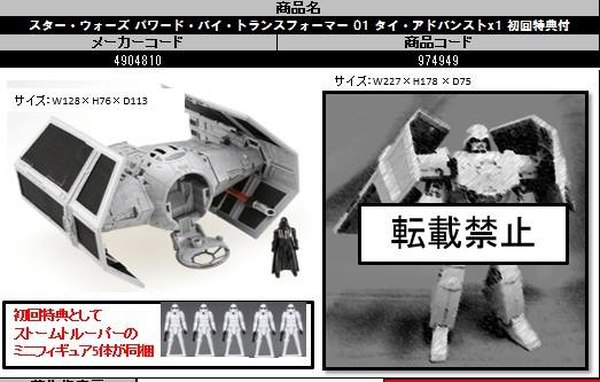 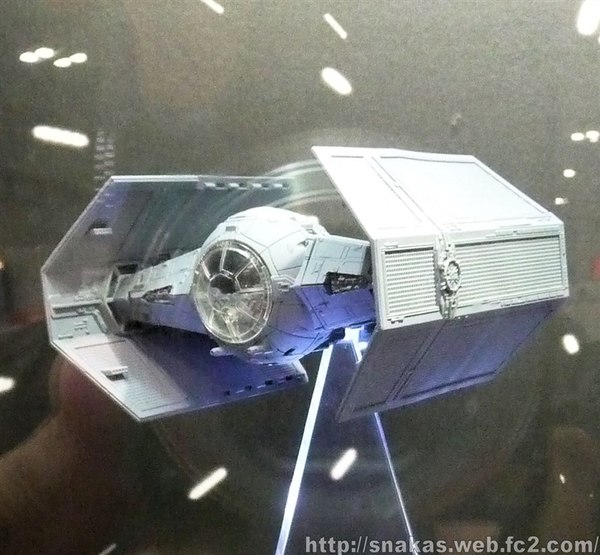 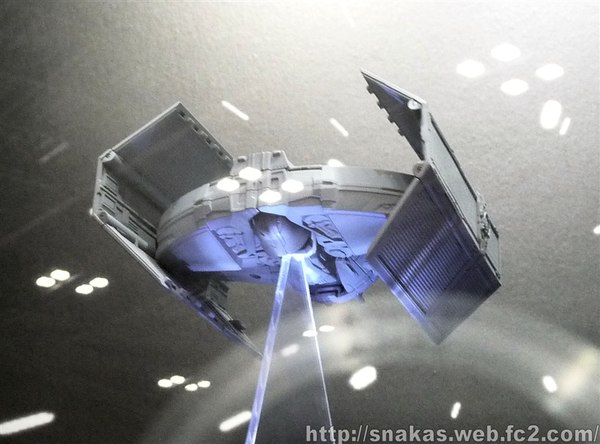 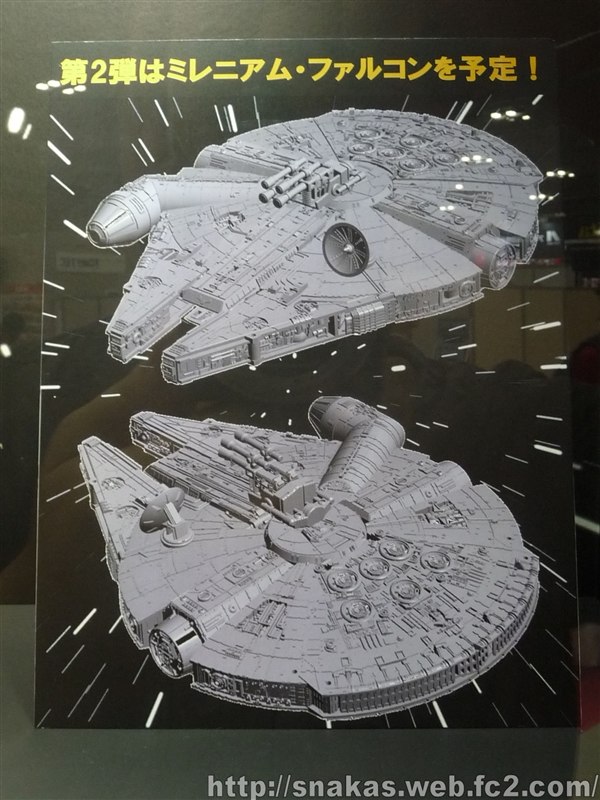 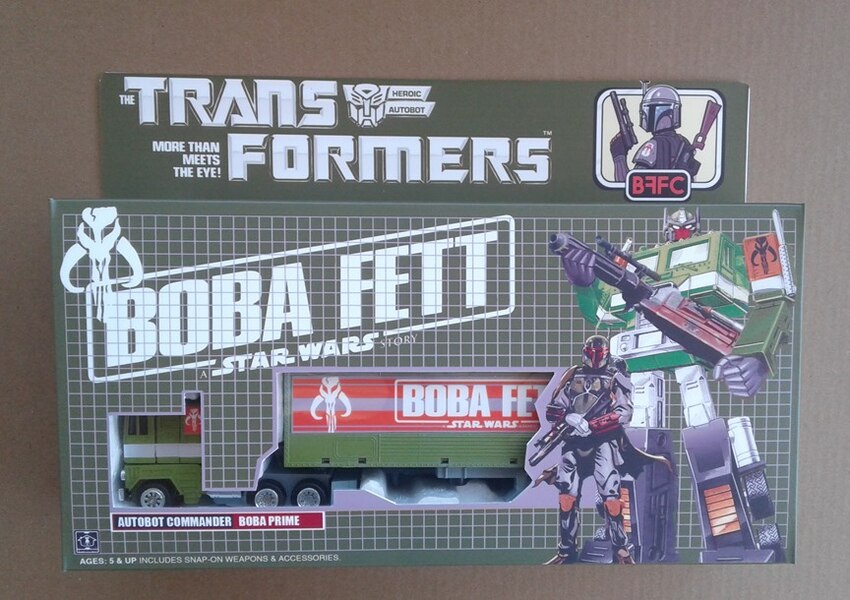 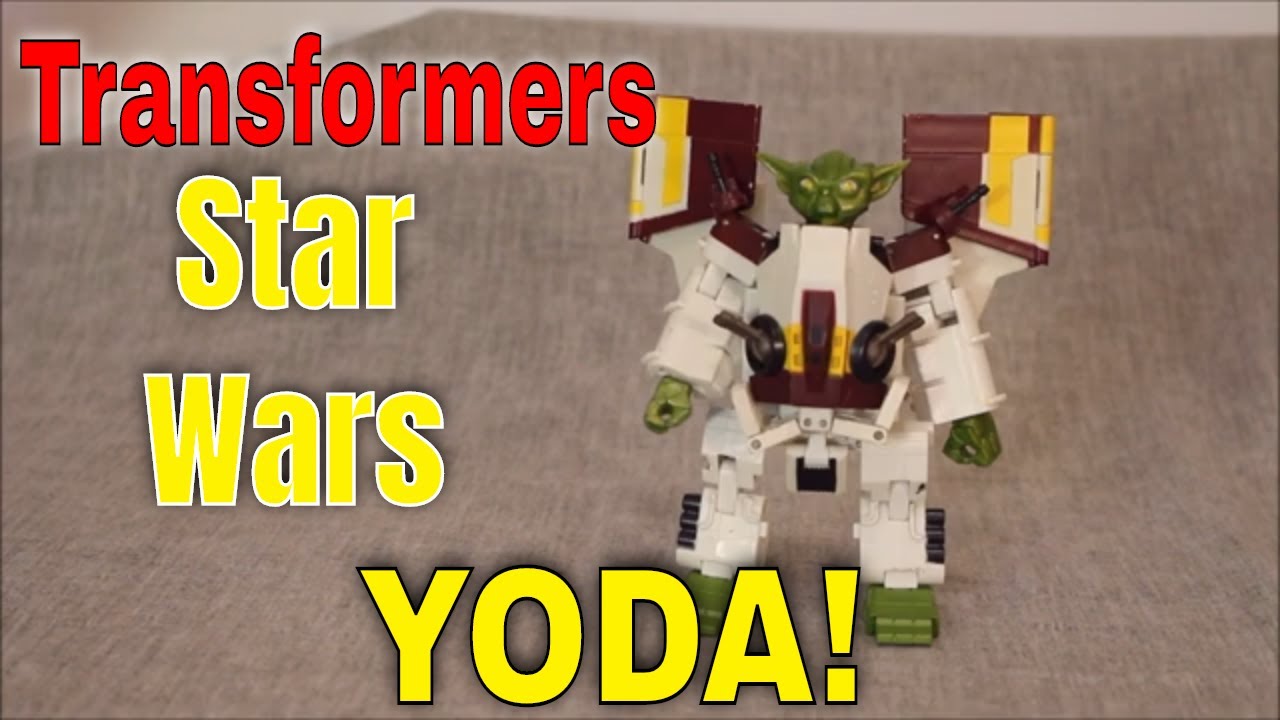 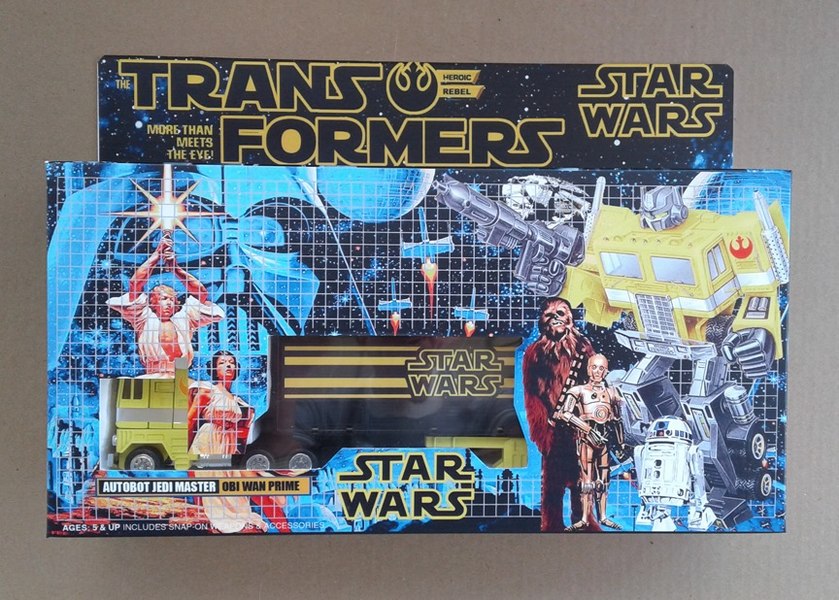 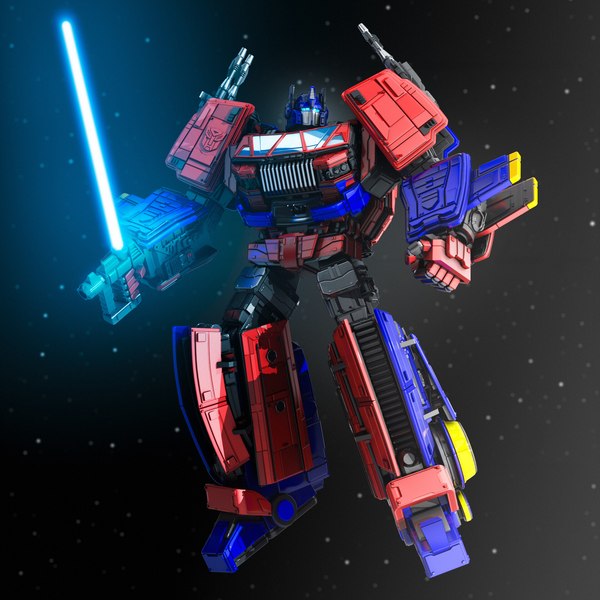 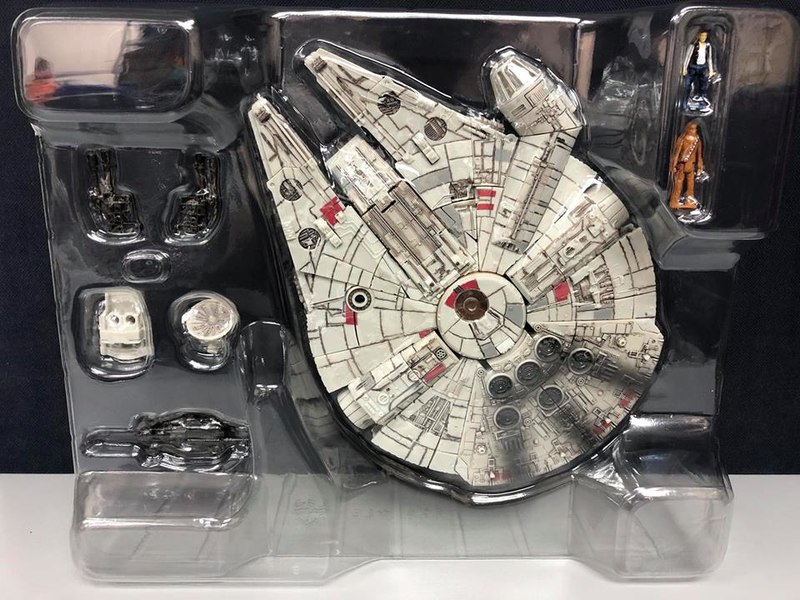 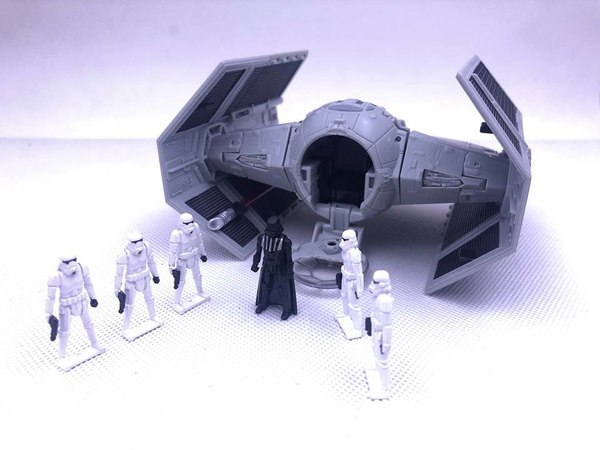