This is a question we've seen pop up a bit since the revised reveal of Impactor this morning: What's the point of giving the toy that can't hand-hold any accessories a pile of extra handheld gear? And why Arcee's accessories specifically when there's Construct-Bots, Arms Microns, and even Japanese Transformers Go! accessories potentially on the table? We can't be entirely certain, but we can see a little bit of logic that lets us make educated guesses. Keep reading to learn what we've put together.


First off let's talk about grasping hands. The Rook mold doesn't have any. What it does have are the forward-facing 5mm ports. It also has a number of other ports on the body. Arcee's weapons are all non-standard in having rectangular grips and tabs versus round pegs, but those tabs are also 5mm on their widest end, meaning there are some options. And this interaction seems to be the underpinning. Arcee's weapons wouldn't be the only ones that could be made to interact with this mold, but the assortment of parts may have tipped things in their favor.

Impactor is known for having a harpoon in place of a right hand. An Arcee sword can plug in the knuckle-port on Rook's hands, and while that may be a stretch from "harpoon", it arguably carries the idea out. Along this line, Arcee's larger gun, seen in the mockup colored in purple and yellow looks very much intended to stand in for Impactor's shoulder cannon. Again, far cry especially taking relative sizes in to account, but this is looking more at the representative idea rather than picture perfect recreation. The smaller pistol is less immediately useful, but could possibly plug sideways in the opposite shoulder, or even butt-first in to the other knuckle port. In truth, this is the piece that seems more along for the ride just because it has to be. As for the other sword... well, you know what they say about harpoons: Ow, ow, my eye. But that's not really relevant in this case. 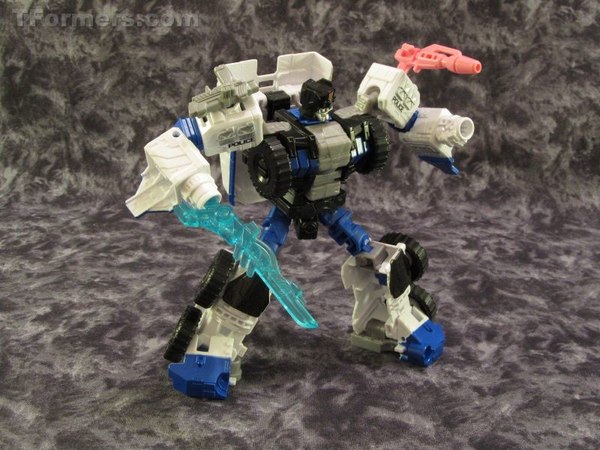 So, I think Arcee's weapons have a second benefit to this. Taking the color of the large gun as a starting point, people were trying to speculate out if it meant a largely purple Arcee might be the bonus 7th figure in the subscription batch. This led to visions of a really terrible take on Nautica that completely would miss the point. But I think things are much more simple than that. My bet is Arcee's weapons are able to be gated off from the rest of the toy pretty easily. This has support in the SDCC recolor not coming with the full set, and the upcoming Nightbird having a different assortment. Arcee's accessories may have been a coincidentally ideal situation to give this Impactor the little bit more it needed to tie in to the character that much farther. The best choices? Maybe not, but if the use of these weapons in fact does not mean that the "bonus" figure is a purple Arcee that just happens to be devoid of accessories for Impactor's sake, well, it could be worse.

Thanks to RAC for providing photos for this article! 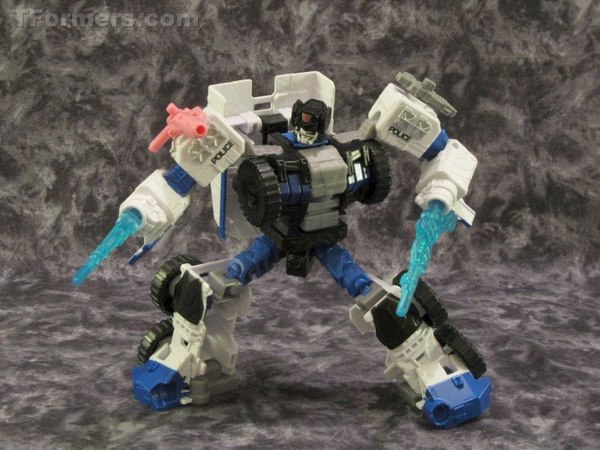 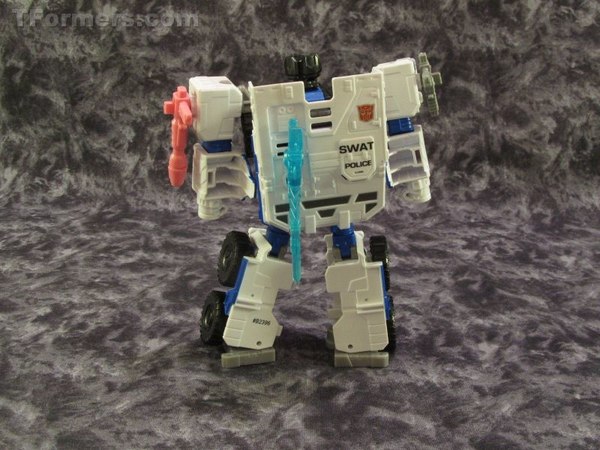 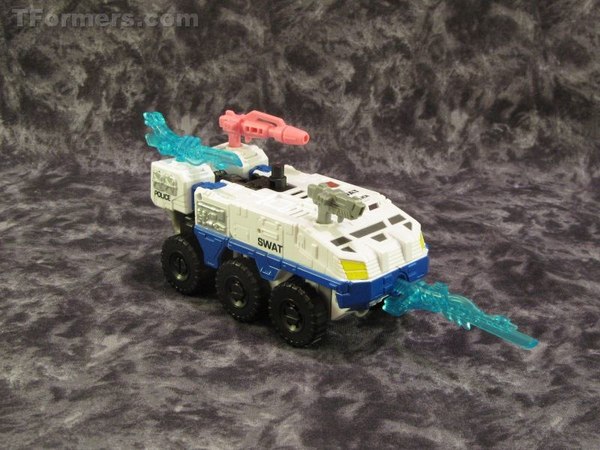