by RAC on October 2, 2019
Prize Inside!, the Shapeways-based company headed by Trent Troop, has posted what has to be the first upgrade for Generations Earthrise! See, the G1 Construction Station that Deluxe Micromaster Base Ironworks is based on (which came with the Micromaster previously named Ironworks, who was recently be-Siege-d as Irontread) had one feature that the modern figure does not: a part that the TFWiki describes as a "three-bladed radar dish." ...yeah, it's a windmill.

Which is exactly what Prize Inside! is offering to complete the Ironworks you don't yet have!

#TransformersEarthrise Ironworks looks awesome, but he's missing a little something. As always, we got your back:https://t.co/hEAtg6N9Fx#transformers pic.twitter.com/OSPUxFg4Gp

Running $13 in the red plastic appropriate to the original piece, the free-spinning windmill part is 5mm compatible, so any Transformer you please can now have windmill blades, or possibly become a very small helicopter!

This has to be a record turnaround on upgrade kits for Hasbro toys. Congrats to Prize Inside! for pulling it off!
Image 1 of 2 (click to enlarge) 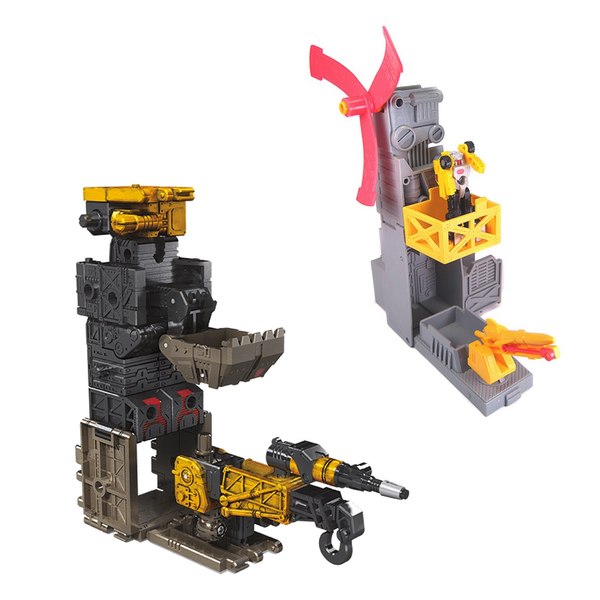 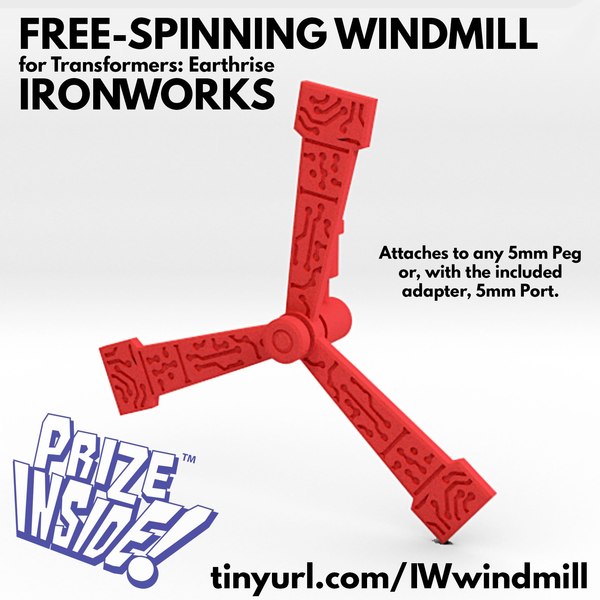 This is just bad overall

Search THAT WAS FAST - First Generations War For Cybertro Now