The Brands Of Transformers, Part 2: Kenner

Honestly, RAC should probably have saved this one for near the end, because this is one of the most important ones. Cincinnati' s Kenner Products got into the toy business alongside the Baby Boom, and ultimately wound up defining action figures and play for the Baby Boomers' children in the 1970s and `80s. But their contribution to Transformers would come later, as a division of Hasbro, in the late `90s. Keep reading for more!

Kenner Products of Cincinnati, Ohio was founded by the Steiner brothers, Phillip, Albert, and Joseph, in 1947 and named after Kenner Street, where their original headquarters was. They made toys from the very beginning, including such perennial successes as the Easy Bake Oven and the Spirograph. Kenner was also one of the first toy companies to advertise on national television, and an early sponsor of the Captain Kangaroo show.

The history of 20th century toy companies is one of consolidation. In 1967, Kenner was purchased by cereal giant General Mills, who had already acquired another soon-to-be eternal favorite in the form of Play-Doh. A year later, they bought board game makers Parker Brothers, and by the time Kenner-Parker Toys, Inc. was spun off from General Mills in 1985, they were the fourth largest toymaker in the world. A couple years later they were acquired by Tonka Corporation, which was then purchased by Hasbro in 1991. Kenner remained a separate division of Hasbro until 2000.

The Easy-Bake Oven, Play-Doh, and all the rest are well-known toys, certainly - but if you're of a certain age there's one thing that you probably remember above all else.

In 1977 Kenner obtained the license for Star Wars - and the film's tremendous level of success forced a surprised company to get creative if they wanted to make the most of it. The infamous "Early Bird Package" was an envelope containing a cardboard dislay stand and a mail-in certificate for figures to be delivered later. That had to be a weird Christmas gift. The 3-3/4 inch scale - created, according to the story, when the head of the company held his thumb and forefinger apart and told his designers to make the figures that size - became a standard for vehicle-intensive figure lines like GI Joe: A Real American Hero, and is still the size that Star Wars figures are primarily made in to this day.

Thanks to Star Wars, Kenner ruled the action figure aisles of the 1980s. As that line ran down midway through the decade, Kenner added The Real Ghostbusters, MASK, Super Powers, and sports figurine line Starting Lineup. The early `90s focused on movie brands, with Batman, Bill & Ted's Excellent Adventure, Alien, and Predator figures. Before Star Wars, they were also the originators of the Stretch Armstrong toyline which reliably pops back up once a decade or so.

In the mid-to-late 1990s, Kenner was tasked with relaunching some of Hasbro's `80s brands that were not faring as well in sales at that time. One such attempt, G.I. Joe Extreme, didn't exactly set the world on fire. But luckily this isn't a GI Joe website.

Beast Wars: Transformers changed the course of Transformers history. It introduced new play patterns and styling to the line, vastly increased the levels of articulation and durability to be expected from a Transformer, and introduced standardized size classes. It expanded the Transformers universe greatly via the TV show, and brought Transformers back to levels of success not seen since the `80s. Still one of the most fondly remembered eras of Transformers and a seminal moment in Transformers fandom due to its coincidence with the internet boom, it's safe to say that we would probably not be here to write this if not for the influence of Beast Wars.

Seventeen years after Kenner was fully folded into Hasbro, their creation Optimus Primal was voted the fan favorite from a field of twelve Transformers characters. He'll be released as a Power of the Primes Leader-class figure in Wave 3 later this year. The descendants of the Kenner size classes persist to this day, and Masterpiece Dinobot, due later this year, is to be the most intricate and expensive Masterpiece to date. Kenner's fingerprints are still all over modern Transformers, and Transformers is the better for it.

Their early `80s 3-3/4" figures also inspired the ReAction figure craze - but they've been so good to Transformers we can't help but forgive them. 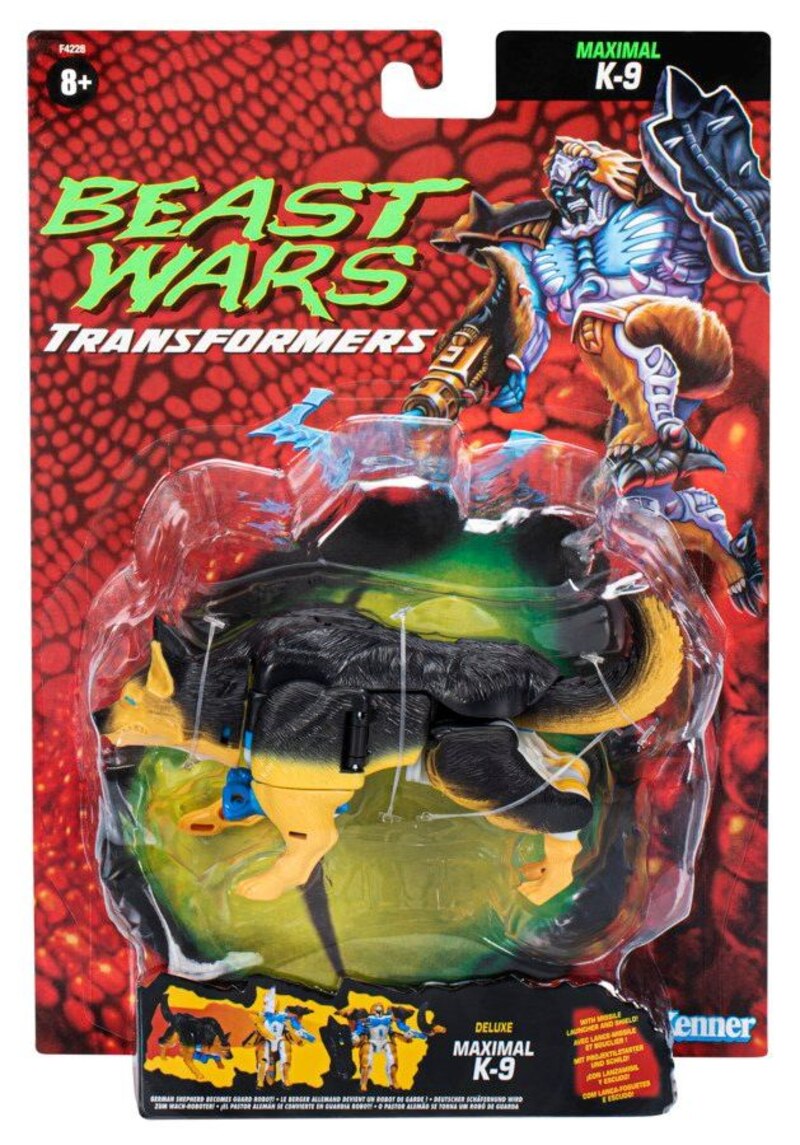 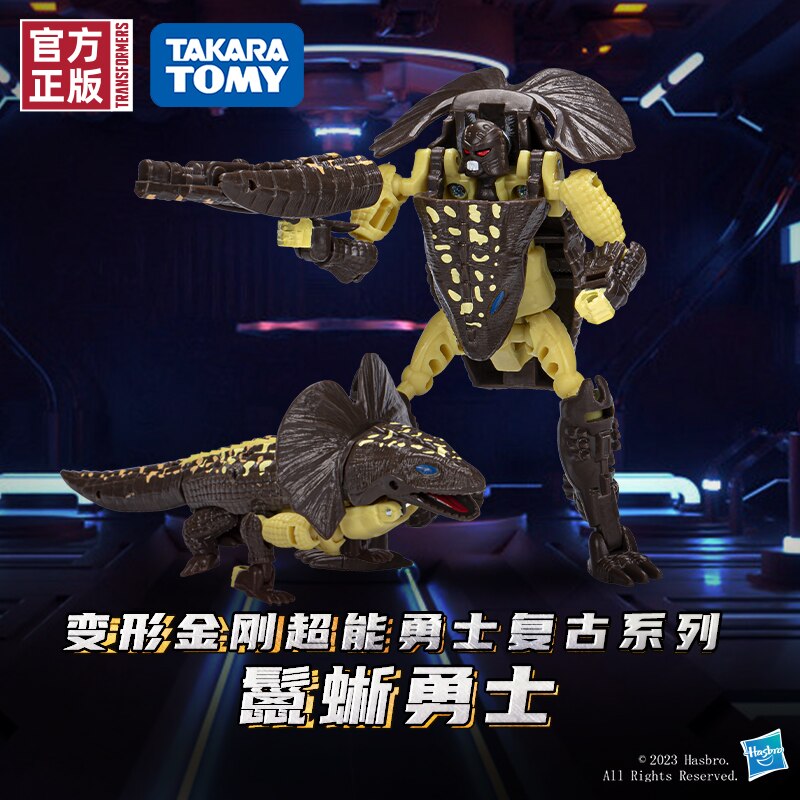 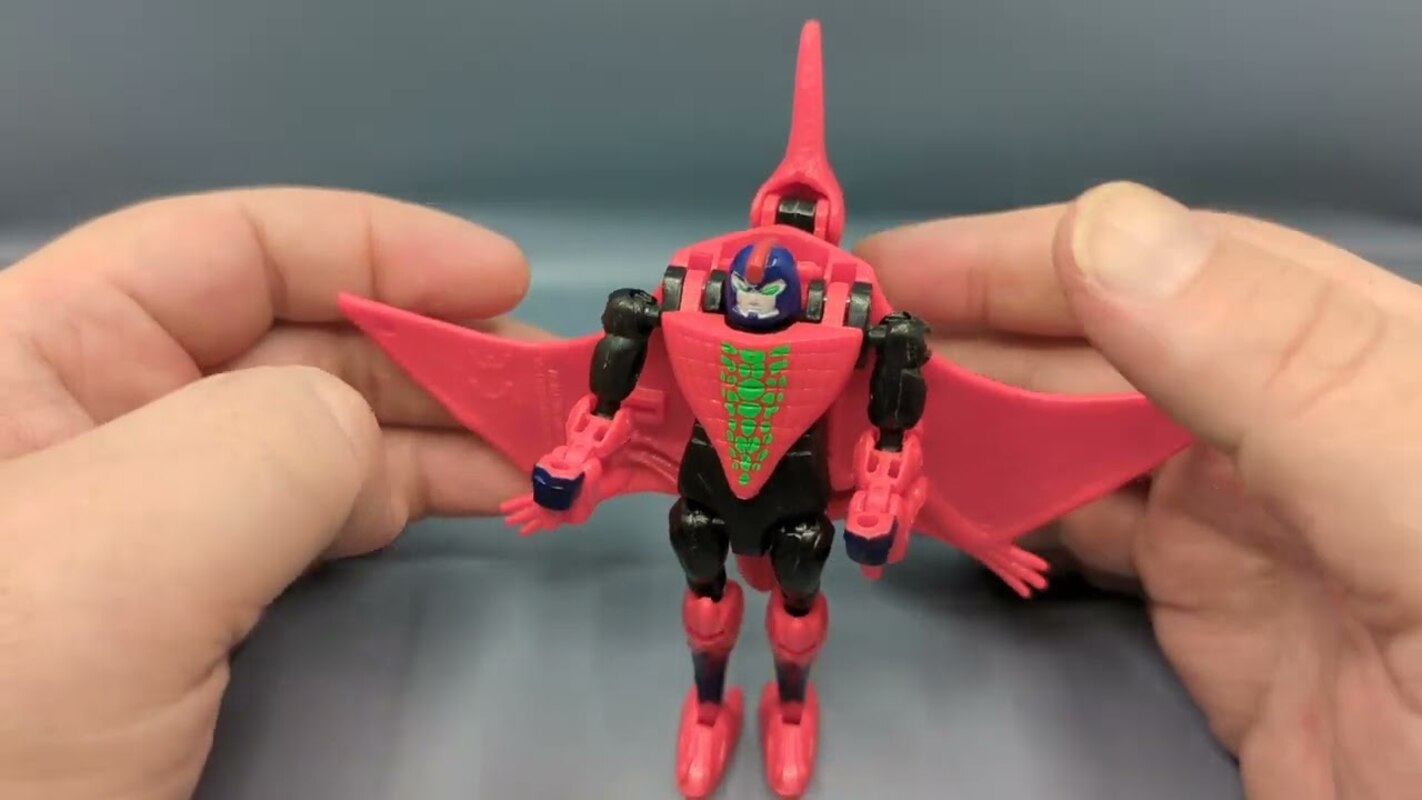 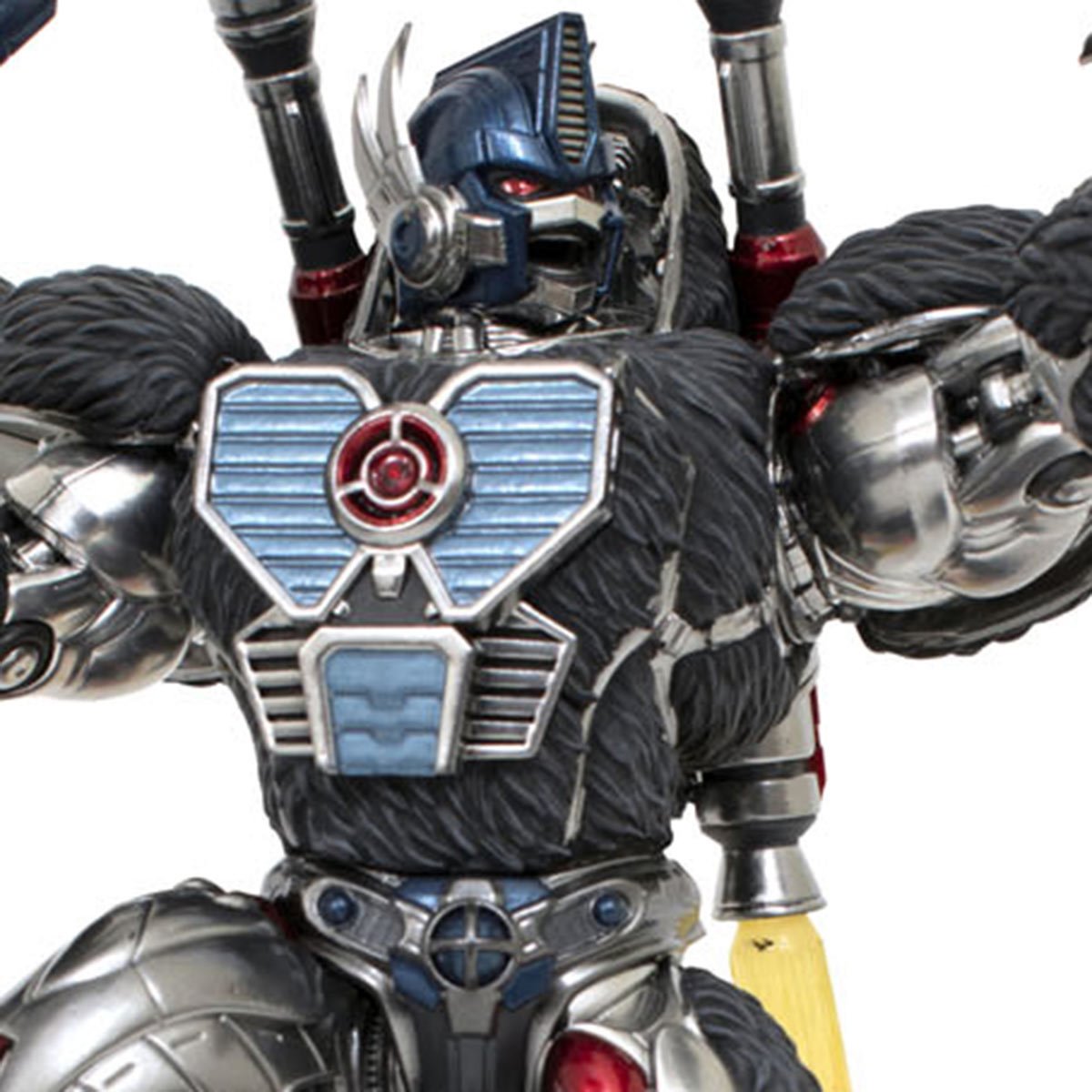 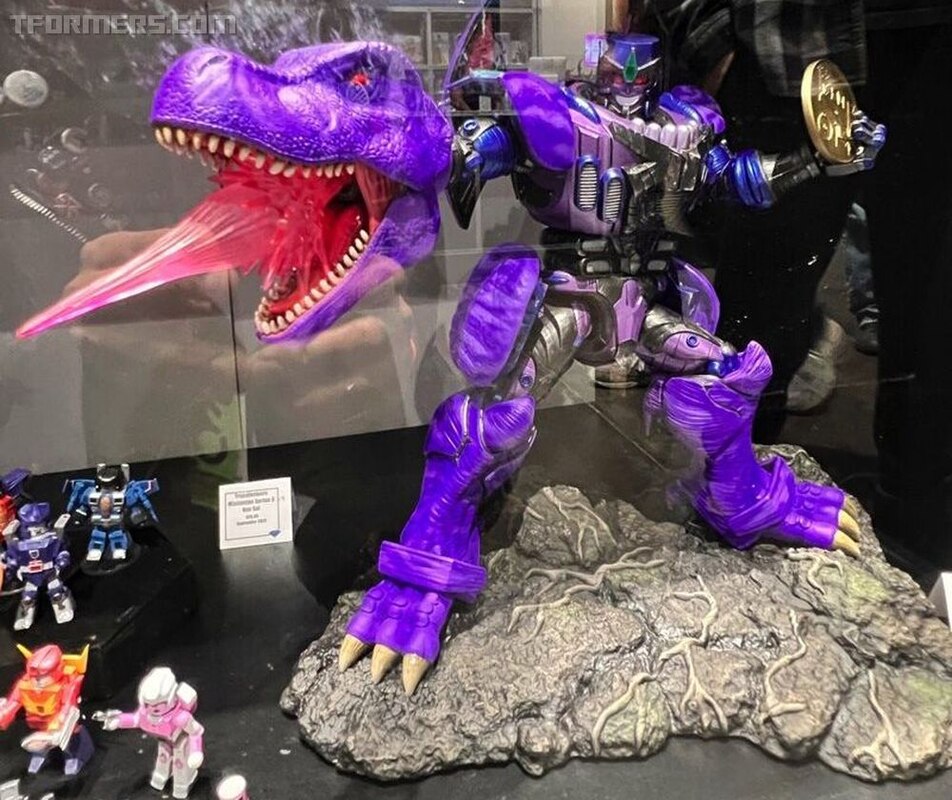 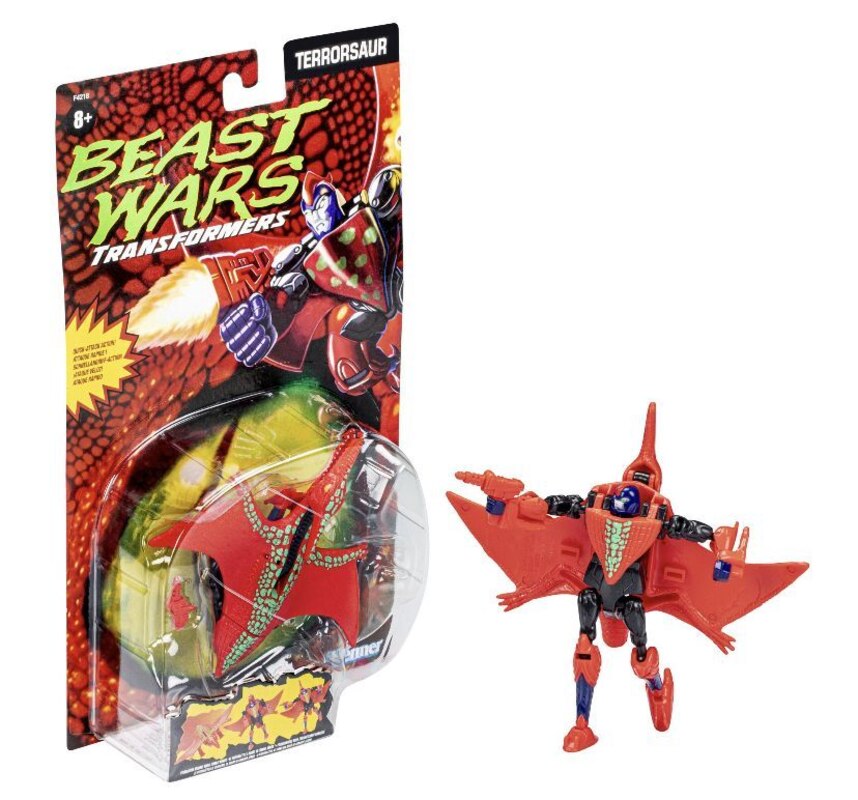