We've still got a wait ahead of us in terms of reading IDW's Transformers/Ghostbusters: Ghosts Of Cybertron. The five-issue series doesn't begin until this June, a couple months before the much-anticipated Ectotron figure is due for release. But in the meantime, editor Tom Waltz has a nifty preview image for us all to ponder!

Attention #Transformers and #Ghostbusters fans. In June, the #Traveler arrives... on #Cybertron! Make sure to visit your Local Comic-Book Shop and preorder Transformers/Ghostbusters #GhostsOfCybertron to find out what happens next! @erikburnham @dannyschoening @IDWPublishing pic.twitter.com/EX3Y0z538f

For those who aren't big into Ghostbusters: Gozer the Gozerian is the entity which drives the plot of the original film. Also known as Gozer the Destructor, Volguus Zildrohar, Lord of the Sebouillia, and Gozer the Traveler, it appears in a form understandable to the world it wishes to destroy, and then allows the local population to "choose the form of the Destructor." Ghostbuster Ray Stantz unconsciously chose the once-innocuous form of the infamous Stay-Puft Marshmallow Man, and the rest is property damage.

Ghosts of Cybertron is a 5-part miniseries by IDW's regular Ghostbusters creative team of Erik Burnham and Dan Schoening. The covers we've seen to date indicate that Ectotron will figure into the story - which we kind of expected - and that Starscream's Ghost may make an appearance. Which we kind of hoped. 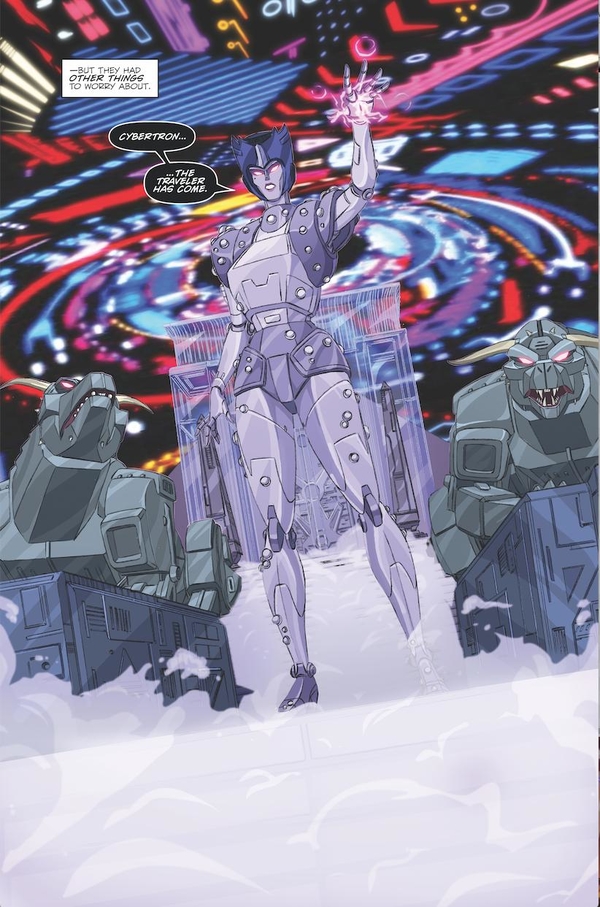