TakaraTomy's exhibit at Tokyo Toy Show has more than just Seacons on display. Mainline Siege is there, and giving us our first look at Mirage in production plastics, and there's a bit of a surprise in the deco! At least part of Mirage's blue plastics are actually translucent, giving Mirage a partial "see-through" effect, as seen in photos from @gadepon. This effect is most visible on the legs, but it does seem like a few other parts at least use the clear blue, though possibly with painted details added over top hiding it more.

Prior official images of Mirage didn't seem to indicate the use of the clear plastics, here as a nod to the character's ability to turn invisible. Such a reference itself isn't unheard of, though we'd more expect to see a take like this in something like a Generations Selects version rather than the main release of the toy. What do you think about Mirage having clear plastic parts and being permanently semi-"invisible"? 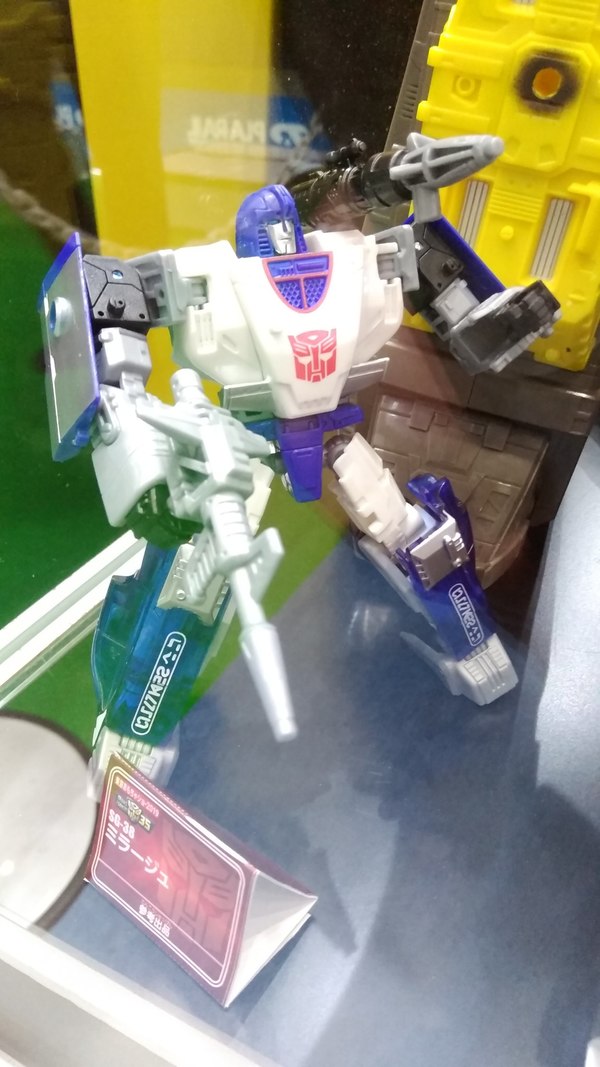 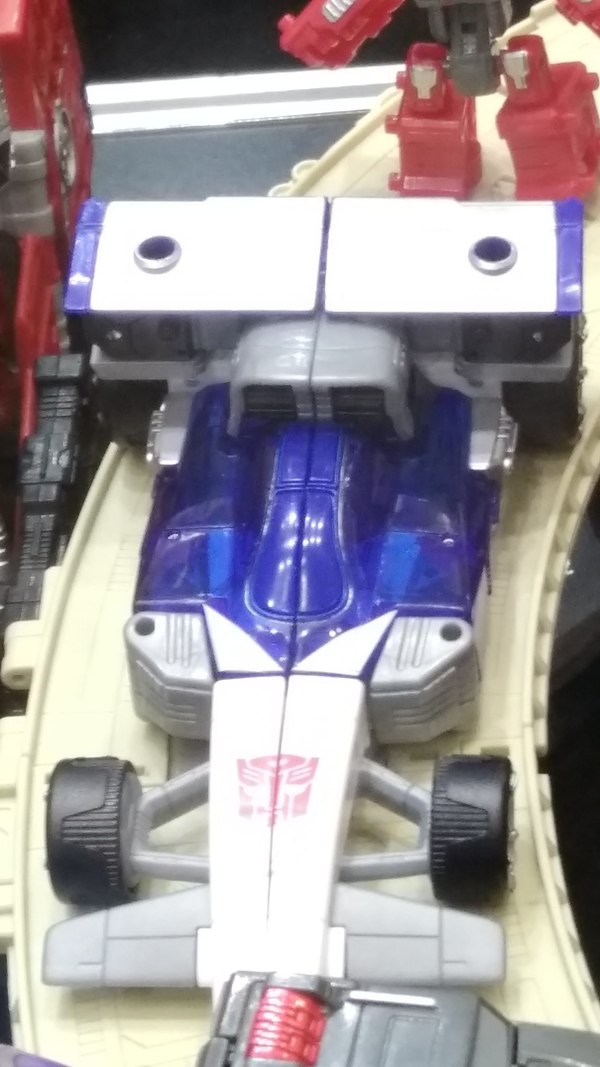