Toy Fair 2016 - What Will We See? Predictions, Expectations, Speculation!

That special time of year is quickly approaching again. Toy Fair 2016 is happening as always in New York, beginning with Hasbro's fan media event on Saturday, February 13th. But with everything Hasbro has already shown us via NYCC and a special conference call in November, what is there to be revealed next month? How much more could there be for us to see that hasn't already been shown to us, especially since Combiner Wars is now shifting to the sidelines and Titans Return hasn't even begun yet? Keep reading to find out some of what we think we might see newly revealed!

It's not news that mold fatigue has pretty well set in for Combiner Wars. But even so there are still things we'd like to see out of the line before it goes away. And the good news is that at least part of it seems to be getting fulfilled. The bad news is that we probably will not have any actual surprises for Combiner Wars at Toy Fair. G2 Bruticus was announced by Hasbro at a conference call event in November, to the joy of all children of the late 80's who carry a fondness for a Metamorphin' Dudicus. But since then we've had leaked various elements pointing to the very credible existence of both Computron and something based on Liokaiser as future Combiner Wars box sets. And most likely those were things being held back to be special surprises for us at Toy Fair. While seeing them in plastic will surely still be good, it is a shame that the actual surprise value of them has been spoiled - especially in Liokaiser's case, since it's not every day that Hasbro gets a chance to try to one-up TakaraTomy at the off-the-wall-crazies. Oh, and I'm afraid you shouldn't hope to see G2 Defensor at Toy Fair. Going by the pattern established by the projected release schedule of Menasor and Victorion, all of 2016's Combiner Wars releases are probably already accounted for.

This is of course where we expect and hope to see the most action, as Titans Return becomes the main focus of the Generations line this year. While the Combiner Wars sets might make an appetizer of sorts, this part of the presentation and showroom are the course we're all most anticipating. Thanks to NYCC's fantastic showroom and panel, plus some extra goodies from that conference call a couple months ago, we have a really solid grasp on the early stages of Titans Return. And what makes that even better is since so much has already been shown, there must be a pretty decent chunk of new, unrevealed product to be debuted at Toy Fair in just a couple of weeks. Here's a recap of the things we know about as of this writing.

We can reasonably expect any and all of the things that have been on display before to make a return appearance at Toy Fair, which covers the majority of this list. And we can also safely guess that Fortress Maximus will be there given its status as this year's "big toy". But while that's great and all, what we really are interested in now are things that we haven't seen before. So, what should we be looking for? What do we hope to see in the showroom in New York? Let's go one category at a time and figure this out!


The lowest price points are by far the most inscrutable, particularly the Titan Masters. The nature of the Titan Master sets almost actively precludes any meaningful speculation. Yes, it is likely that somewhere along the line we would see recolors of earlier heads. But depending how the toys are designed overall, will that be just Titan Master set heads, or will heads from Deluxes and larger find their way in to this part of the line as well? There's literally no way to know right now and no trends from which to start to make meaningful guesses.

Legends are slightly more accessible, only in as far as we have some information on what's what. With reasonable certainty that Stripes and Rewind make up at least part of a first assortment of Legends in Titans Return, their obvious recolors, Ravage and Rumble, would have to be at least a wave later. But outside of the possibility of some repackaged Combiner Wars molds running along with them, it may be that we don't even have a complete picture of what wave one will be right now. And the listing for Wheelie is itself a question mark in its entirety. But of course from Rumble and Buzzsaw we can certainly assume Frenzy and Laserbeak. Probably an Eject eventually too, though any of these stand a good chance of being too far down the road to turn up at Toy Fair this year.

We know of three Deluxes so far: two Headmasters, an Autobot and a Decepticon, and Blurr. At the moment we're assuming Blurr will be a part of the first wave, as one of the silhouettes shown at NYCC was pretty clearly him. The other was a robot with a relatively square head - and in the ranks of the Headmasters this is not narrowing things down at all.

But knowing what we do know leaves us with a relatively small pool of characters to fill out the Titans Return Deluxe ranks: more Headmasters and Blurr's contemporaries from The Transformers: The Movie (which perhaps coincidentally is celebrating its thirtieth anniversary this year.) What sets Blurr apart from his Generations update of a few years ago is that this version is much more G1, almost slavishly so. So outside of Headmasters, that leaves us a couple of likely Deluxe candidates: Kup and Scourge, who as part of that same run of Generations were given new bodies not particularly in line with their `80s appearances. Though there is one other TFTM character who hasn't seen any kind of update at retail that we might see as well: Gnaw, the Sharkticon. ...but if so, who does that remold into?

One of the fun parts of Generations anymore is looking at things like Voyager Galvatron and wondering, "So, what else does that turn into?" And at this point, it's anybody's guess. While we expect most of the basic 1987 Headmasters that turn up will be at the Deluxe price point, there are some choices better suited to the Voyager part of the toy ecosystem. A possible candidate is triple-changing Horrorcon Snapdragon, whose 1987 Dragon Mode is in a stance that you could certain approximate with Galvatron's cannon transformation. Getting a Titan Master to become both the robot and dragon heads could be tricky - but the Titans Return addition of helmets certainly helps. And the explicit mission statement of the Voyager class Titans Return figures to all be triplechangers certainly makes a better case for characters like the Horrorcons, even if Galvatron isn't the means by which one of them happens.

For Leaders, the most likely outcome is that Soundwave will be the only "new" representative of its price point to be seen at Toy Fair, of course alongside an in-person viewing of Power Master Optimus. But given the heroic job of rebuilding done to get Magnus to be an incredibly different looking Power Master Prime, there is more than a small chance we might see another retooling effort unveiled to fill out the second Leader Class assortment. One possibility in that regard might be Overlord - or more likely Gigatron for trademark purposes. Hasbro's teams have been aware for some time that this character exists in the fandom consciousness - it's only asked for about a dozen times per event, after all. And one potential avenue is to take Leader Class Megatron and give it a comparatively minor reworking versus the full body job done to Magnus, and come out with a very serviceable Overlord. Even if it might end up missing its jet half. ExVee has an idea or two how that could conceivably get resolved, but that's a matter for another occasion.

Titan Class Fortress Maximus was officially revealed via art in November. And while a subsequent leak has shown portions of a different piece of box art, thus far no actual looks at the toy itself have happened yet. Toy Fair will most likely afford us that opportunity, and answer some questions in the process. Prominent among them being how much does it share in common with Metroplex? Given the extensive retools the lower size classes have begun to enjoy, it will definitely be interesting to see if the same engineering magic will be worked on Metroplex to get another giant character out while being distinct as its own toy. Also likely to be revealed is the supposed exclusive version of Fort Max, whose legitimacy was supported to some degree by the recent art leak, showing a Master Sword that doesn't appear on the officially released package art. Hopefully details about this will be presented when Fortress Maximus is shown off to the visiting fan press.

The show slated to end this year, it's unclear how much attention this will wind up getting versus the specific "collector" focused branding. However, that doesn't mean there isn't plenty to dip in to and keep a strong toy presence. We heard recently about a new batch of One Step Changers, so it's easy to think we'll see a bit more from that. There are still many Decepticons from the show that could do with Warrior Class toys, and still color combinations not yet applied to the Autobots to keep them in circulation. The Mini-Con Battle Packs have two assortments known right now, and hopefully that will also be something that makes a showing at Toy Fair with new items. We may be due for another Mini-Con Deployer as well - both of the ones introduced for this product year have been Decepticons, and it's hard to believe that the only Autobot representation in this category will remain that one, same Drift mold. While the one thing that we maybe can't say here is that there's an expectation for anything to be particularly surprising, we do have the hope of at the minimum seeing RID represented and pushing forward as a healthy line through a range of product types.


As always, you can watch right here at TFormers starting Saturday, February 13th for ongoing coverage of Toy Fair, as well as the rest of the ENI network of sites through the subsequent days for coverage of all kinds of other collector toy lines. And once again Radio Free Cybertron will be streaming all day Saturday at tfradio.net/live to bring you up to the minute reports and analysis of all the day's reveals. Be sure to stay with us for all your Toy Fair news as it happens! 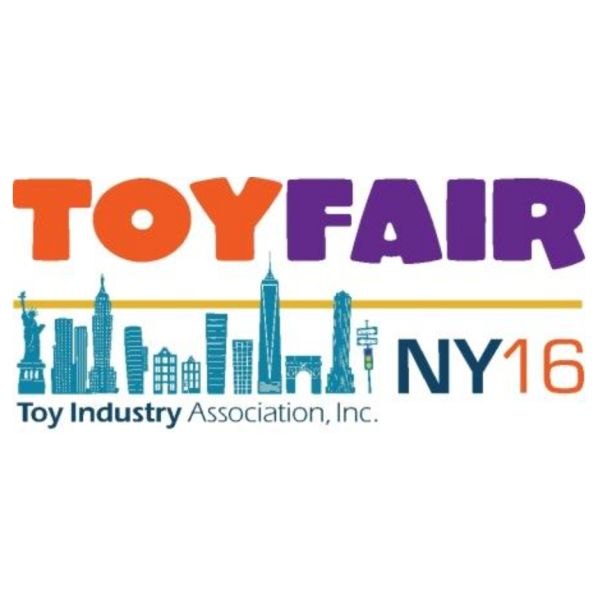