by bwbm on February 9, 2009
Thanks our very own "splendic," we have hi-res images and a panel report from IDW Publishing's Transformers/G.I. Joe panel at this year's New York Comic-Con 2009.

The panel revealed some new Transformers comics that we should be expecting within the year, including a new four-part mini-series entitled "All Hail Megatron CODA," and a new Spotlight comic featuring the likes of Metroplex!

Keep reading to see the report that "splendic" filed with us.

The panel was pretty much run by Andy Schmidt and IDW Publishing's Editor-in-Chief Chris Ryall, with mostly G.I. JOE artists and writers, and one new TF writer, "splendic" tells us. 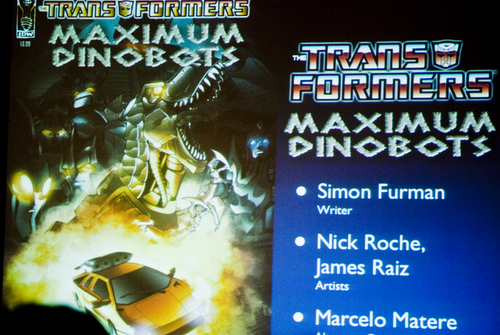 ALL HAIL MEGATRON CODA
The panel revealed a new four-part mini-series named All Hail Megatron CODA. It'll act as a bridge to the next big oversweeping story arc of the IDW TF universe, and will also tie together Furman's and McCarthy's stories more tightly. 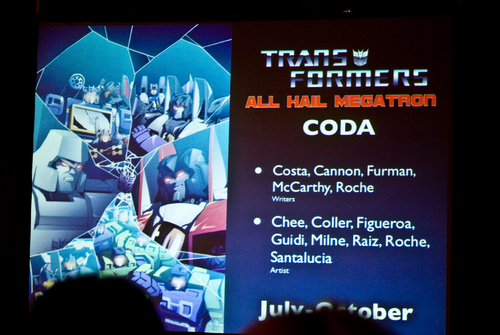 TRANSFORMERS: REVENGE OF THE FALLEN PREQUEL COMICS
Art from Transformers: Revenge of the Fallen Movie Prequels Alliance and Defiance was also shown, revealing the full cover to Defiance #3, which IDW teased us with back in December. 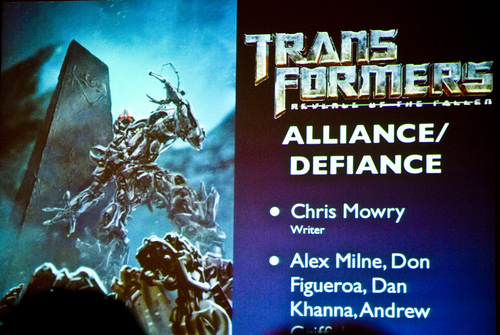 IDW said Hasbro has given them permission to include characters and designs from the upcoming film in these comics. Comic readers already know, however, that Alliance is set in the present between the two movies, and Defiance in the distant past, meaning the image of Megatron doesn't mean he's still alive in the present.

SPOTLIGHTS
Spotlight: Jazz will take place in the distant past, and present, and will clue us in to why he's so well respected by all the other bots.

Spotlight: Drift artwork was also shown at the panel, but no new information was provided about the book (for previous information, check out what Shane McCarthy had to say).

The company also announced that Spotlight: Metroplex will be coming to a comic book shelf near you. The panel participants hinted that after his appearance here, he will be part of the IDW TF universe in a "very big way." 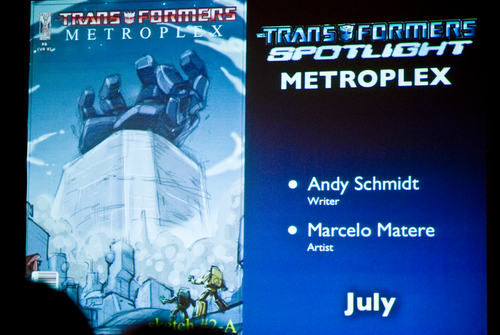 ROBOT HEROES
The Transformers: Robot Heroes book has been revealed as a picture book about TF's for kids and kind of had a comic book layout. 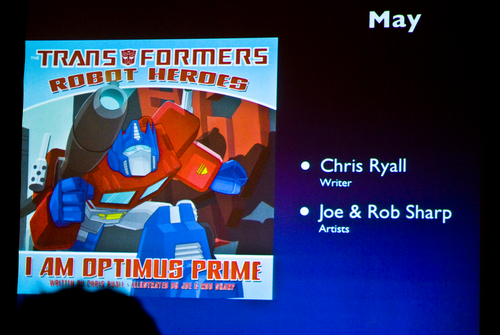 The panel reveals that there have been talks for movie sequel comics to come out after both Hasbro movies, but they are NOT DEFINITE yet. The movie adaptation comics for both properties are good to go, however, and will be weekly books.

DRIFT ACTION FIGURE
Hasbro still plans on making the Drift toy, but, as we reported last week, the toy company has not set a release date that the IDW guys are aware of.

PANEL QUESTION AND ANSWERS SESSION
When asked if they will do a story that connects the rise of the Maximals and Predacons from the Autobots and Decepticons, the editors said they won't do a book solely for the sake of bridging and growing the universe. They're only interested in telling a story when there's a great plot, and they haven't heard a good one pitched for that yet.

Beast Wars stories will be on the back burner, at least through CODA. However, there will be a 300 page Beast Wars collection.

The editors do not set the path of the TF Verse. They let one of their writers lead the verse through whatever the big story arc is at the moment, and the rest of the writers and stories fill in the gaps. Such as, Furman had the lead through the "-tion" series, and "Dead Universe" arc. Mr. McCarthy now has the reigns, but all of the writers are in contact and on the same page to keep EVERYTHING cohesive.

The comic book company will be reprinting 300 pages of DreamWave's finished War Within mini-series in one collected Omnibus, but will not include the final, unfinished mini. They provide the reason that they refuse to print anything that's a) unfinished, and a) was the product of an unpaid artist.

They are collecting AHM covers into one book.

A TF/JOE crossover has been discussed but there are no solid plans yet.

As you can see on the slides there is a conscious effort being made to expand the TF books to include art and writing from an even wider variety of contributors. The editors said there are artists and writers coming to them eager to work on both Transformers and GI Joe, and they'd like to get as much good talent into the pool as possible without watering it down

CLOSING REMARKS
So far, I'm a big fan of the IDW stuff. It's a lot more methodical and "real" than the DreamWave stuff which was all fanwank (fun, but fanwank, nonetheless).

Thanks to "splendic" for this splendid (pun intended -ed) panel report and images!
11 Image(s) - Click to Enlarge 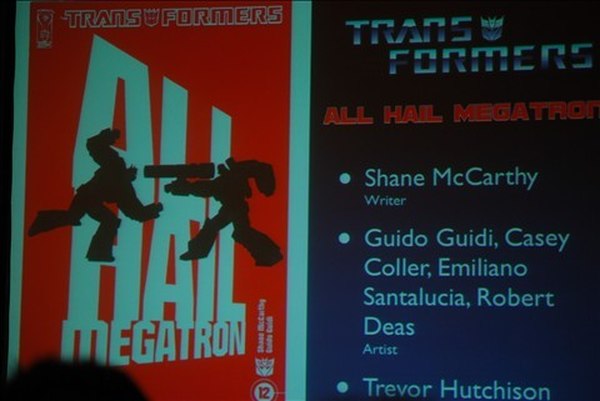 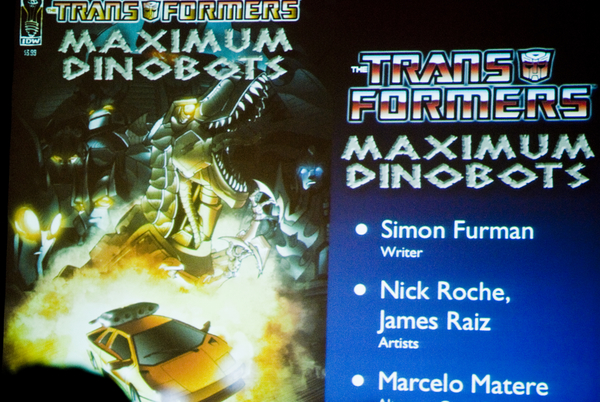 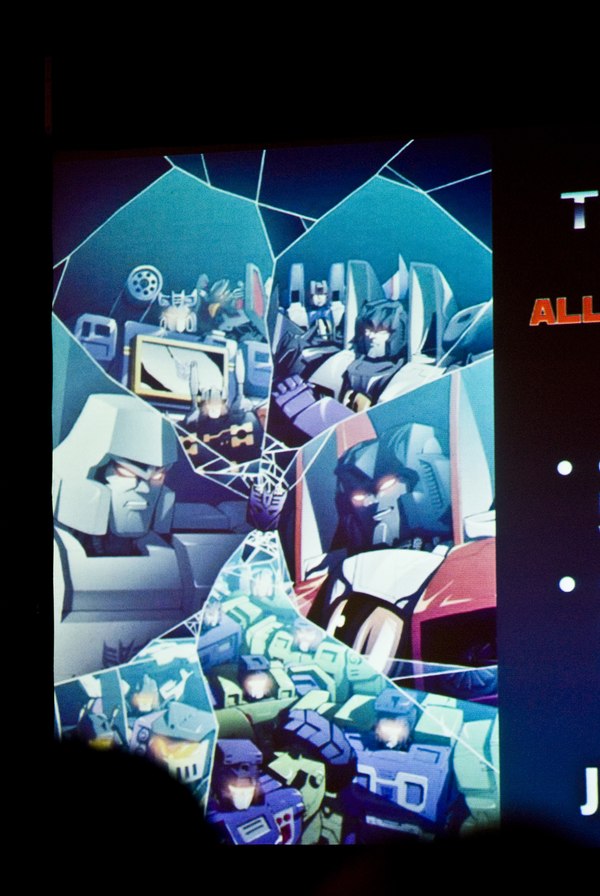 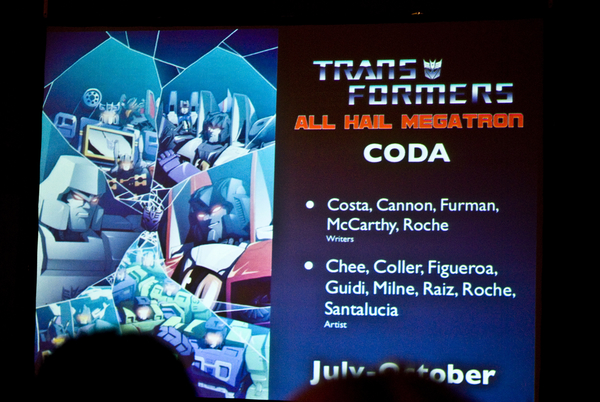 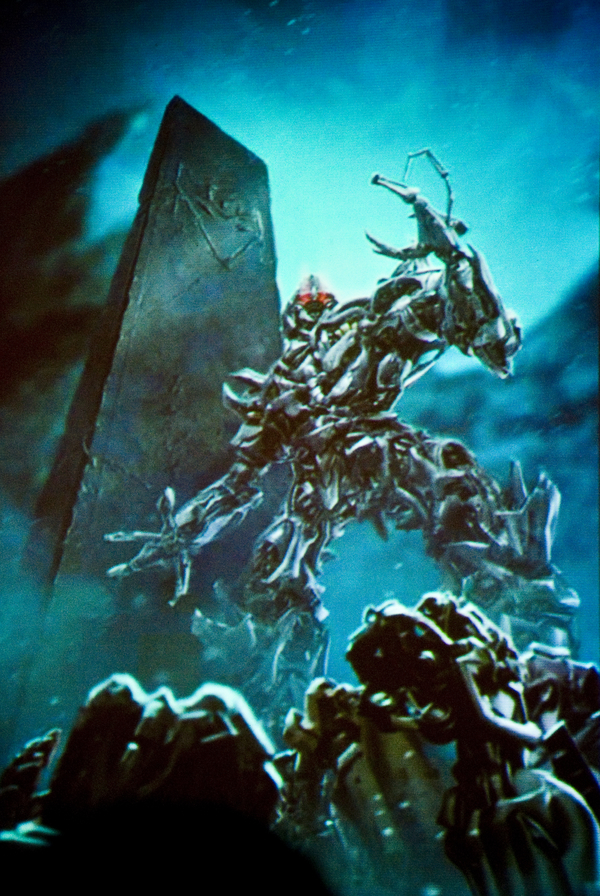 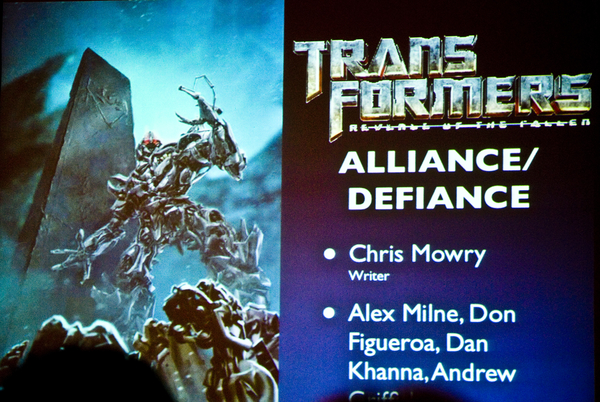 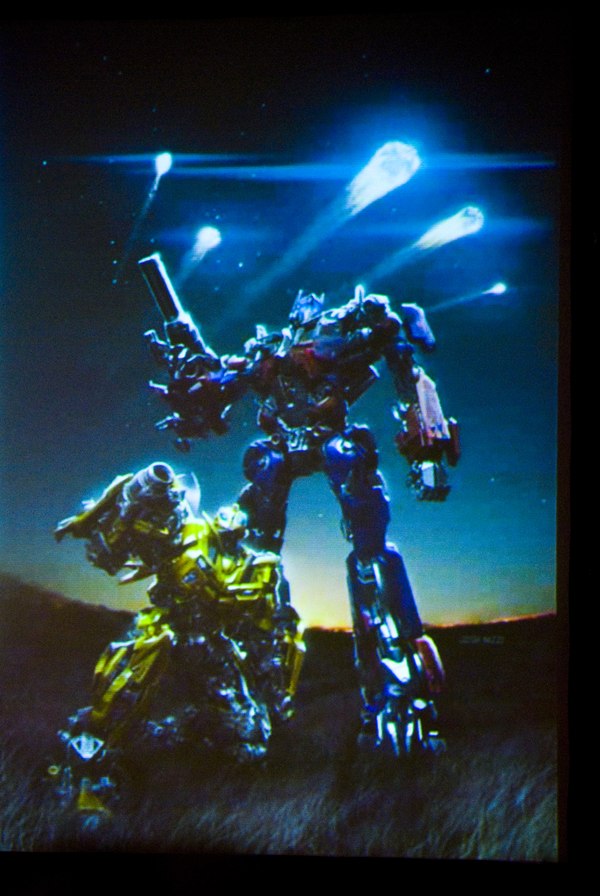 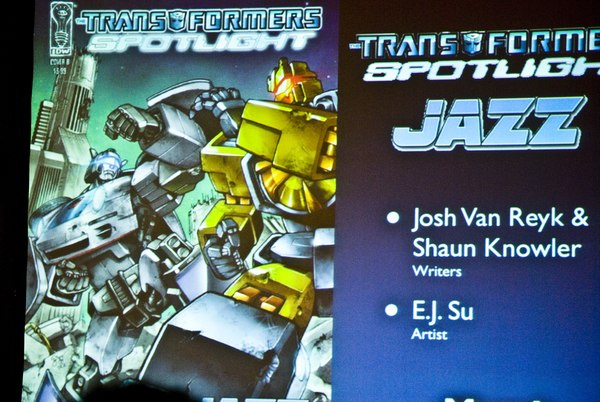 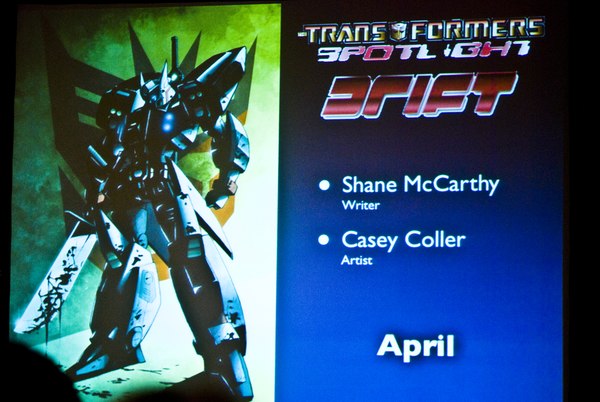 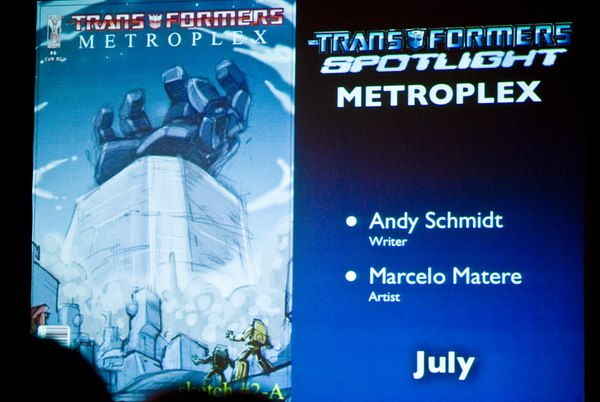 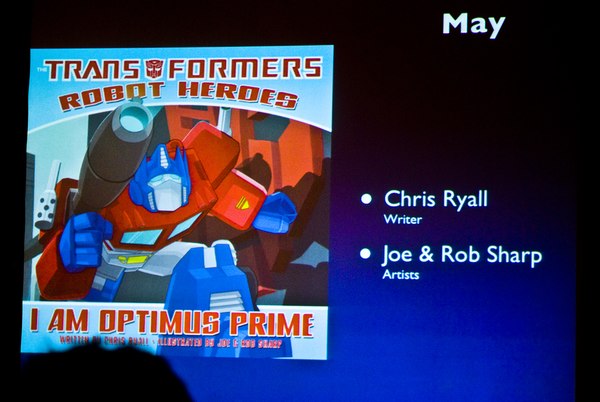