Custom of the Week - Universe 2.0 Whirl by Wheeljack-S70

There have been many a helicopter in the Transformers Universe. Arguably, the most admired Transformer was the Generation 1 series Autobot Whirl. Based on a mold borrowed from Takatoku's Gazzette Ovelon figure. Whirl's G1 mold is never going to see the light of day now that Bandai owns it. Even Hasbro's repaint of the Machine Wars Sandstorm as Universe 1.0 Whirl was a total fail.

But that doesn't matter now that we have Universe 2.0 Whirl by Wheeljack-S70. Based on the a kit-bash of Energon Bulkhead, the figure has been transformed into a Whirl that trumps the original. Check out Wheeljack-S70's write up on the toy:

Whirl. Mostly bulkhead and mostly blue. This mod/repaint became more and more obvious as I was working on it. anyway, here's how it came out. 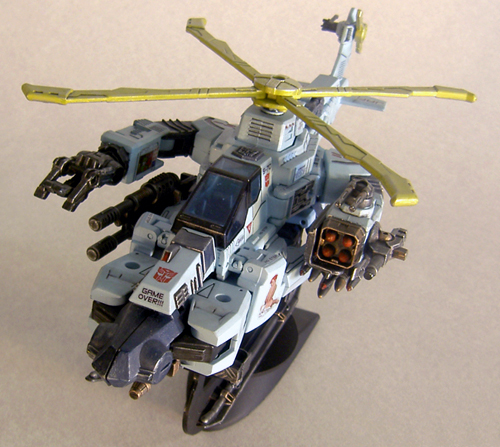 Bulkhead is the figure, but the head is actually from a thruster off of Armada Rodimus that's been modified. The stand came from a plane model kit and I added the circle to it. Thanks for looking guys. 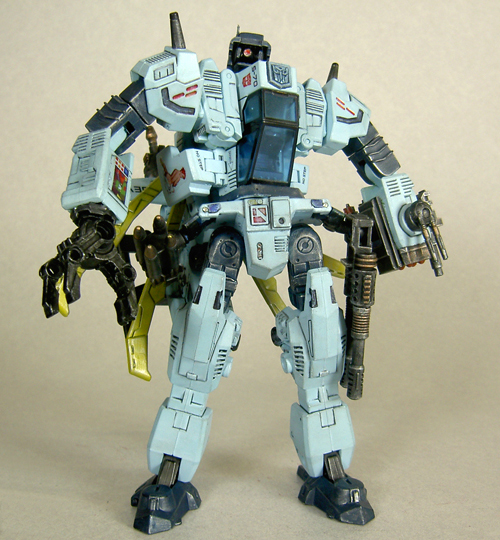 Want to have your Transformers custom featured on TFormers Custom of the Week? Just post your custom gallery to Transformers Garage. If we think yours is the best one of the week, we will feature it here and add your name and custom to the Hall of Fame.