This week's featured custom in our "holy freakin' cow" series is Transformers: Revenge of the Fallen Shockwave by Jin Saotome.

"What's Transformers without Shockwave I ask you? He's like the jelly to a PB&J, the bottle cap to a beer, you know what I'm saying right?"

We do indeed, Mr. Saotome. 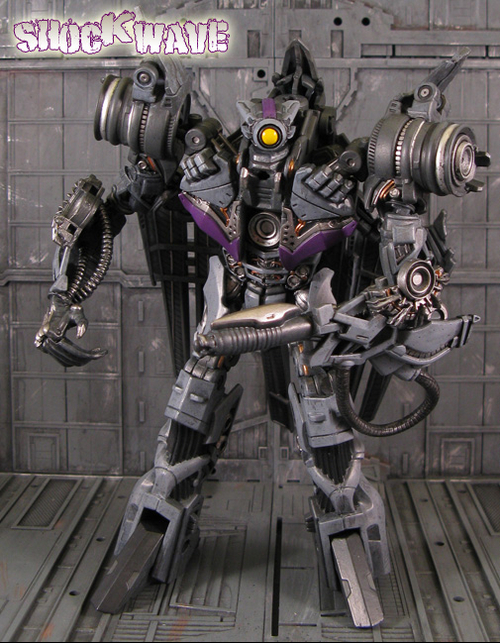 "Shockwave was created using a Swindle head, Soundwave upper body, and Protoform Starscream lower body. Soundwave's legs became the arms and I removed the fish-fin panels, also moving the main satellite spear. His hand and gun were various fodder parts and I added wires and hoses inside of his arms." 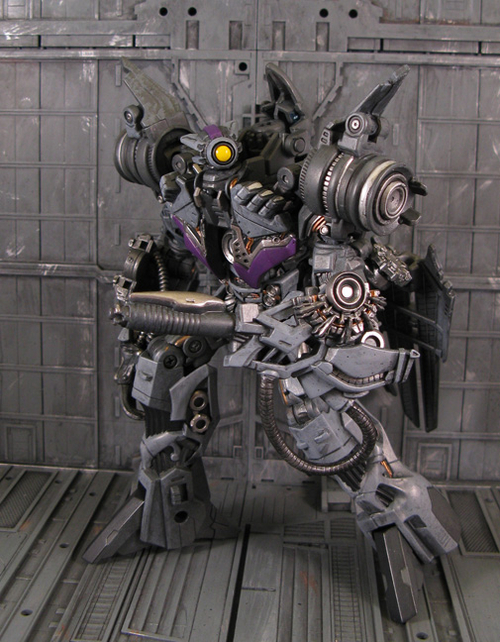 "Shockwave's paint job took me hours of non-stop shading, weathering, use of every metallic color I had, and mixing together every technique I had to create his look. When it came to the purple I used it sparingly and didn't focus on the wing panels, darkening them to act like a cape behind him. Shockwave transforms into a mini Vector Prime type vehicle similar to Shoundwave's alt mode."

See the full custom gallery in the customs and kitbashes section in our forums.

Want to see your Transformers custom featured on TFormers Custom of the Week? Just post your custom gallery to Transformers Garage. If we think yours is the best one of the week, we will feature it here and add your name and custom to the Hall of Fame.
2 Image(s) - Click to Enlarge 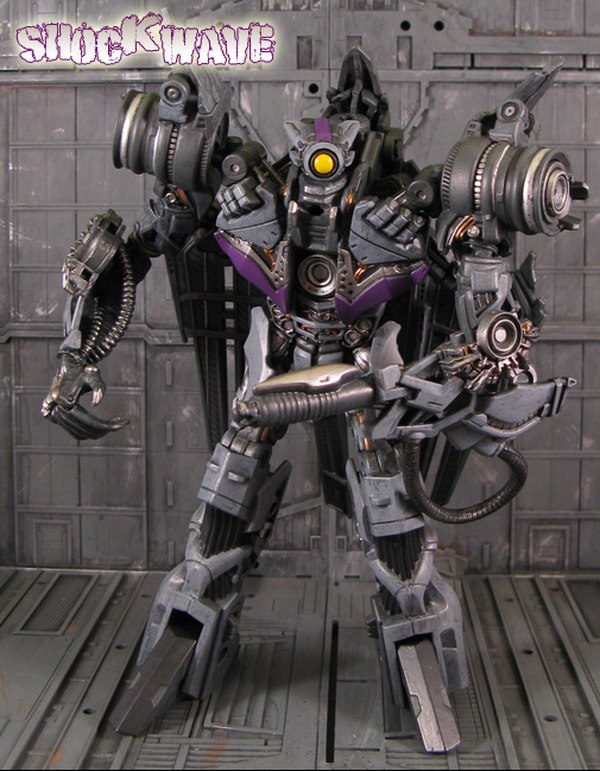 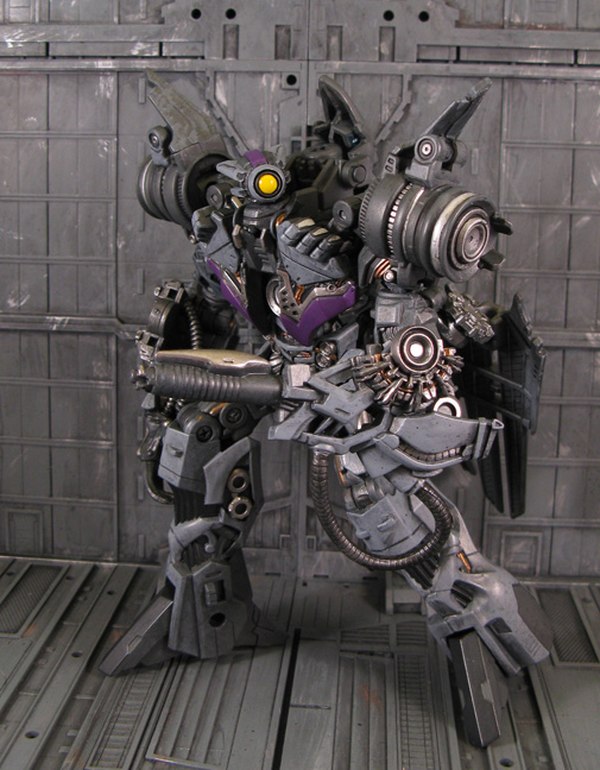