It's a little more action-packed in this week's custom of the week, as we cannot do the Power-Up justice without showing you the modded versions of Optimus Prime and Jetfire.

He tells us that he added some cool extras on the figure's alternate mode including rubber tires, pin striped flames, chromed rear view mirrors, poles up at front bumper, and chromed aluminum exhaust pipes cut with an angle.

He also added some articulated hands, which rotate at the wrists, and gave him some light up blue eyes, thanks to some clear blue tamiya paint on the green bulb.

Guns are from the Transformers: The Movie Optimus Prime (one's flipped) and added some stuff to them cosmetically and internally so they can clip onto his hands.

Keep your eyes peeled for another gallery from "frenzy_rumble," which will feature removable swords. 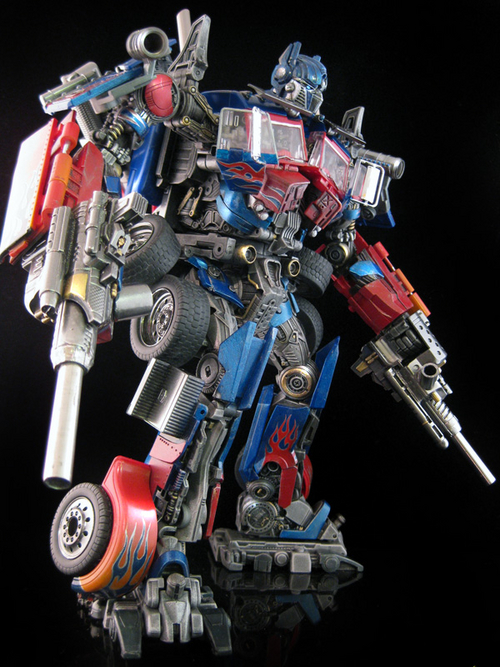 Jetfire itself has not been modded that help with the overall figure: added very bright LEDs to his turbines; made the arm kibble on his forearms removable (because it's not there in the movie); painted his alt mode flat black, masked off the decals/graphics, then dusted it with a charcoal grey; and modded his hands so the fingers all articulate and move independently. 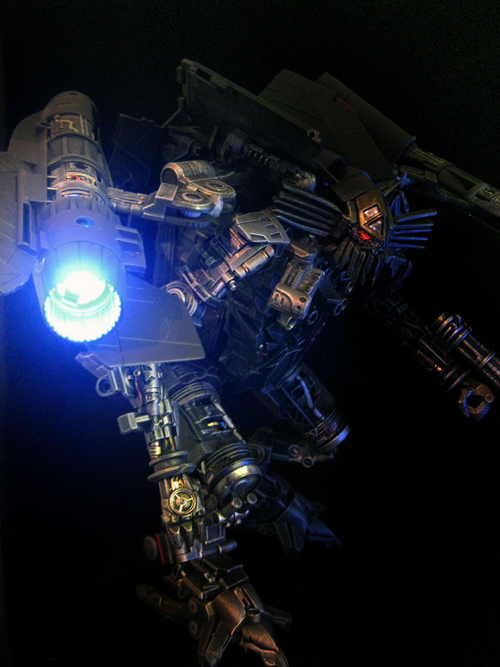 Finally, the part you've been waiting for. To help with the actual combination of the figures, "frenzy_rumble" made some modifications. By altering where Jetfire's nose sits on the shoulders and "I think the way they follow the shoulders is a lot more accurate."

He also added some magnetically attached feet on his feets and added some wings. "There are 2 small wings which flair out from behind his wheels on his lower legs, they also clip around and onto the sides... and 2 small wings from the sides of his chest." 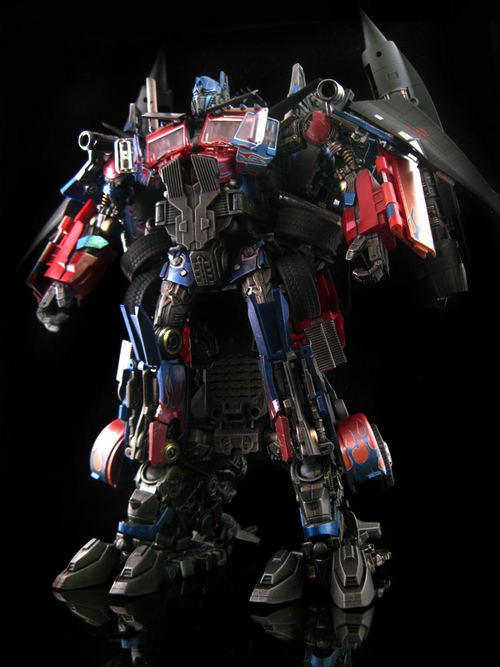 Want to see your Transformers custom featured on TFormers Custom of the Week? Just post your custom gallery to Transformers Garage. If we think yours is the best one of the week, we will feature it here and add your name and custom to the Hall of Fame.
3 Image(s) - Click to Enlarge 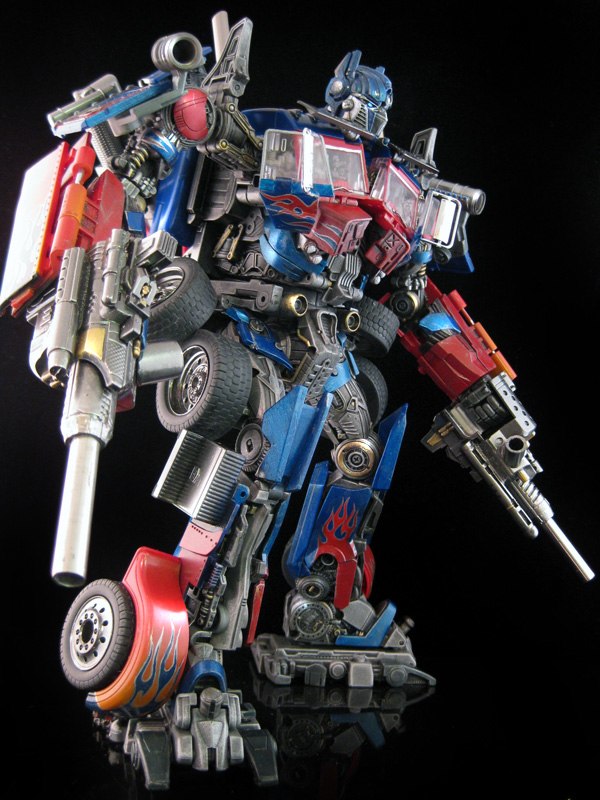 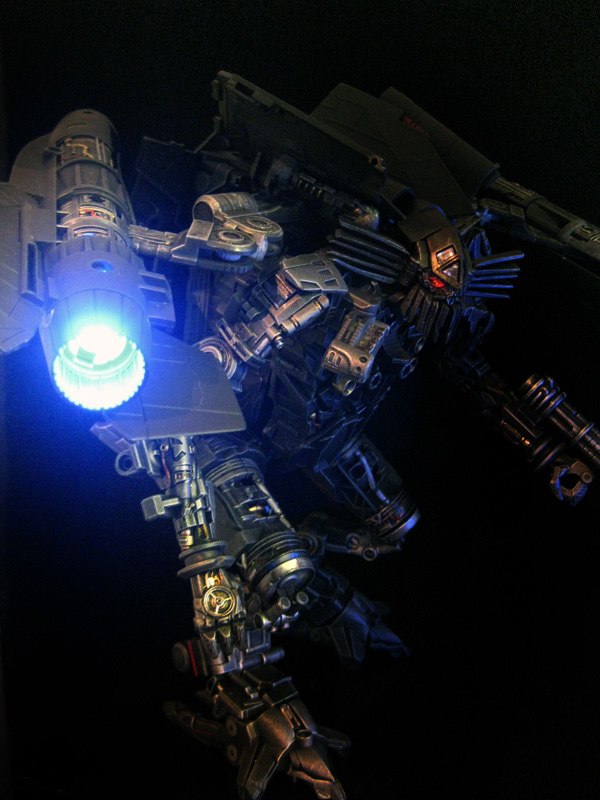 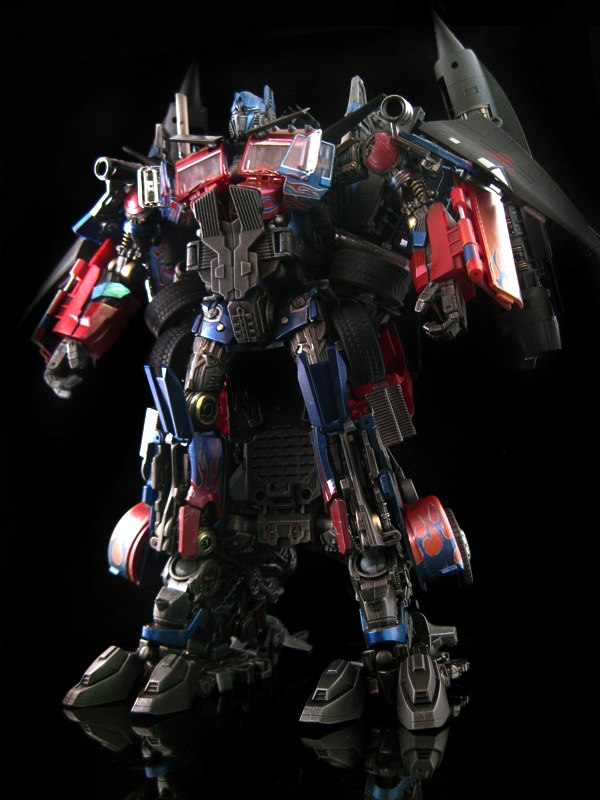