Custom of the Week: Universe Scourge by Spurt Reynolds

by Garage Mod on August 11, 2009
This all started with a competition over at the customizers website Sector70.com, and there are a total of three Scourge customs featured in our garage.

Those are both mindblowing as well and have received honorable mentions. Good job hXcpunk23M and Wheeljack-S70. 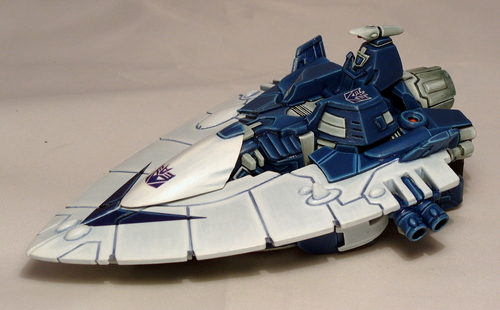 But onto the winner of the competition, Spurt Reynolds says that he originally "was going to use Animated deluxe (2pk) Megatron as my base but after about a week & a half of making nothing more than a mess i was pretty close to giving up. Just when i started to feel I wasn't going to get anything done for the contest I got my hands on a ROTF Soundwave & I thought his transformation could be made to work."

This custom is a mash-up of various different figures, but the main body and legs are from the Transformers: Revenge of the Fallen Deluxe Soundwave figure with most of the details cut off.

"The chest is the base of Universe Cyclonus arms turned sideways & covered in styrene while the torso & waist are from Universe Sideswipe." 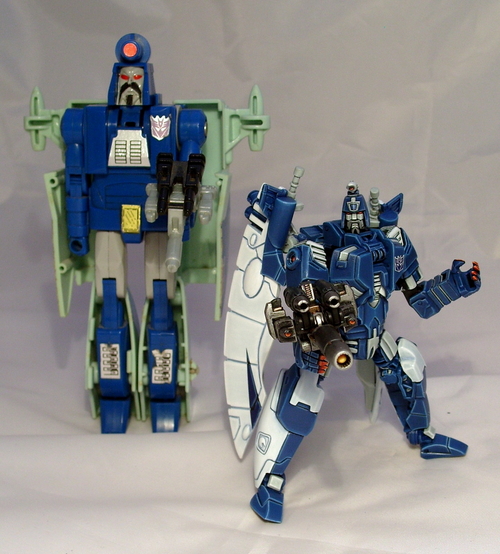 Additional pieces include Gundam parts cut to shape & filled along with feet from Animated Jazz.

"The wings came from an Eldar 40K Grav tank cut to fit & styrene panels added to the underneath were the legs fit in alt mode, the thruster is also from the Grav tank mounted on a part from Uni Galvatron."

The dome piece came from a Power Ranger Shark while the head was made from Universe Cyclonus with a gun tip from the Grav tank for his head laser & his beard was sculpted with green stuff." 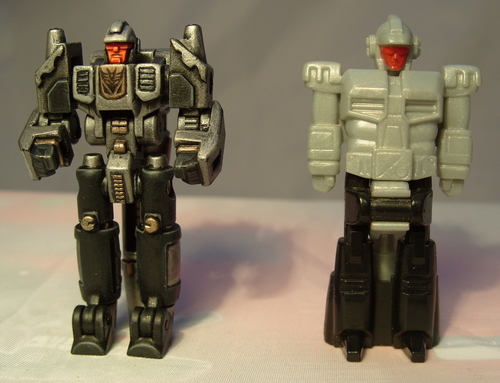 What about Fracas? "For Fracas I did a little re-sculpting to make him more like his G1 counterpart."

To check out this amazing gallery, head into the Transformers Garage!

Want to see your Transformers custom featured on TFormers Custom of the Week? Just post your custom gallery to Transformers Garage. If we think yours is the best one of the week, we will feature it here and add your name and custom to the Hall of Fame.
4 Image(s) - Click to Enlarge 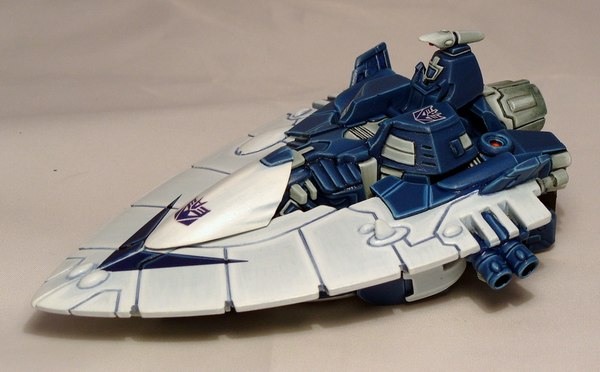 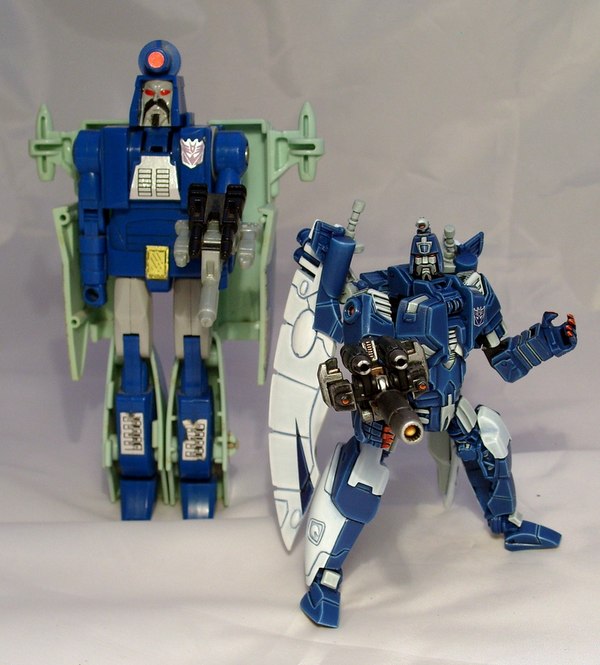 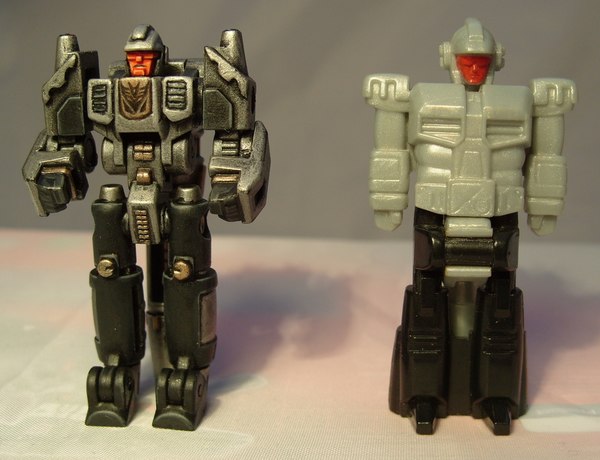 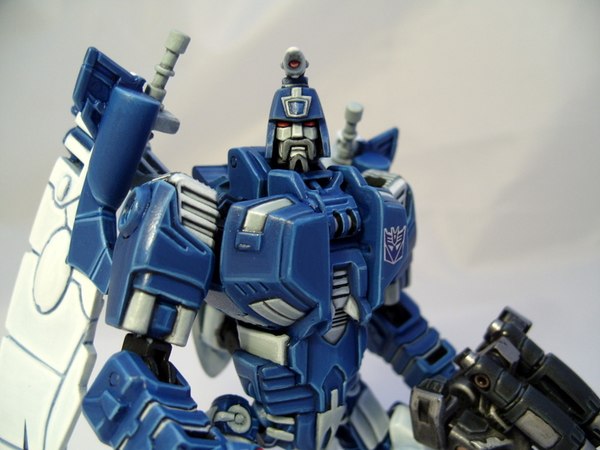