by Garage Mod on August 19, 2009
Transformers Garage is on the look out for the best custom / kitbash to feature each week here and in the Transformers Garage Hall of Fame section. This week's featured custom is Transformers: Revenge of the Fallen Soundwave complete with tentacles and satellite, by Jin Saotome.

After watching the film, we here at the TFormers office wondered if Soundwave would be repainted or re-issued complete with the satellite that he took over during the film, and it seems like Jin beat them to the punch. 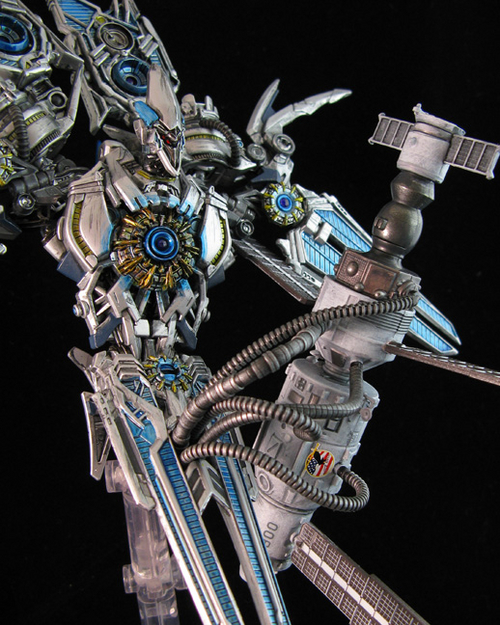 "With all the repaints of Soundwave out there I decided to try something new, adding the poor little satellite he takes over," he tells us.

The custom is complete with tentatcles, which are from "Spawn Interlink parts with Gaussboy's magnets on the ends that attach to magnets on the satellite...All you have to do is get him near it and he grapples it up." 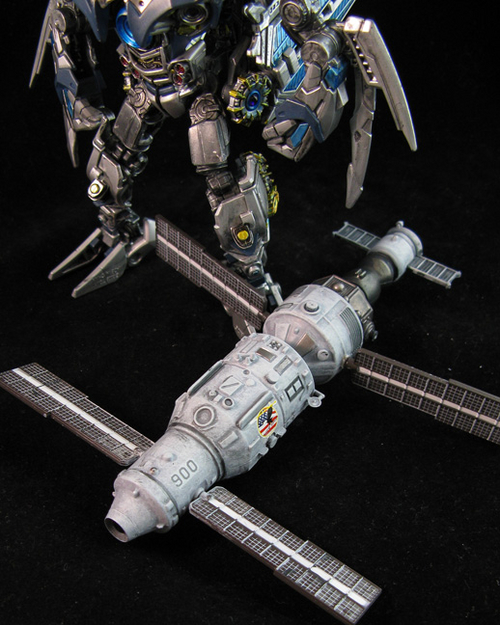 The satellite itself came from some sort of space station kit.

The figure didn't just get new accessories as Mr. Saotome also modded the figure including a major modification to the hips so he can stand up tall. "Add some Tamiya Silver Leaf paint job along with some space-debris-wear and he's ready to get his groove on in outer space!"

See the full custom gallery in the customs and kitbashes section in our forums. 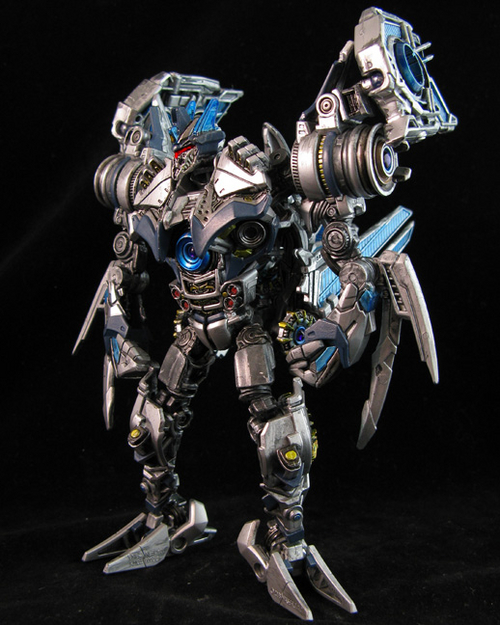 Want to see your Transformers custom featured on TFormers Custom of the Week? Just post your custom gallery to Transformers Garage. If we think yours is the best one of the week, we will feature it here and add your name and custom to the Hall of Fame.
4 Image(s) - Click to Enlarge 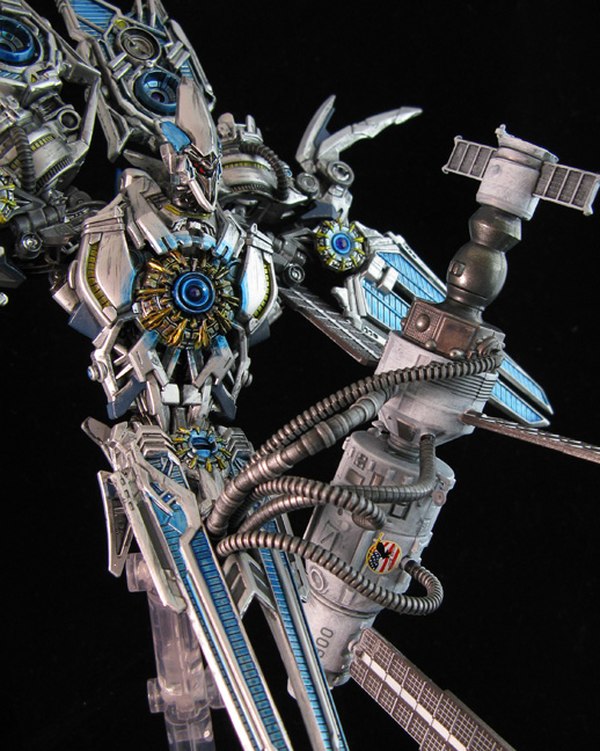 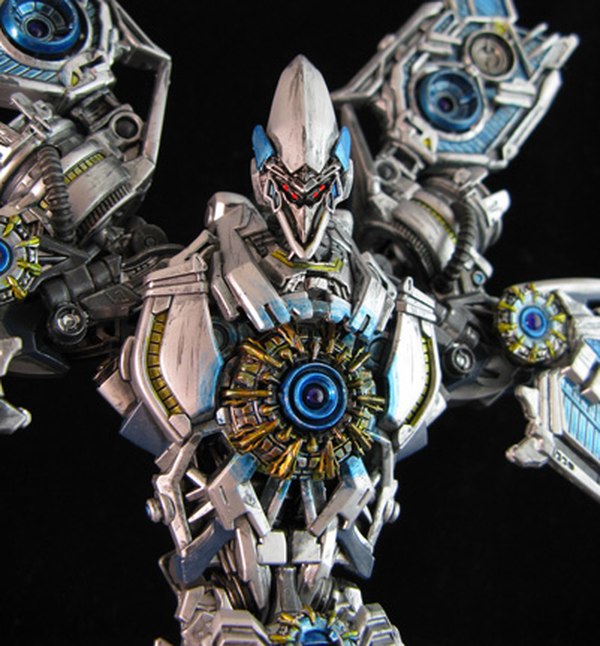 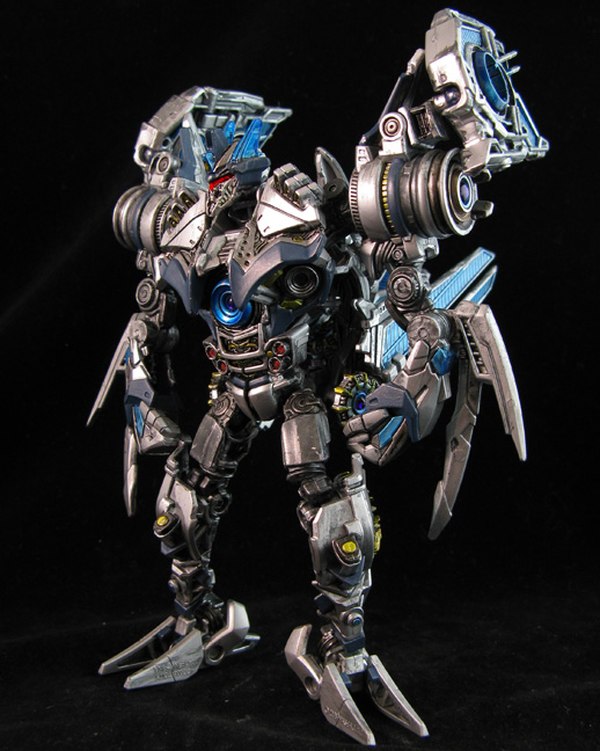 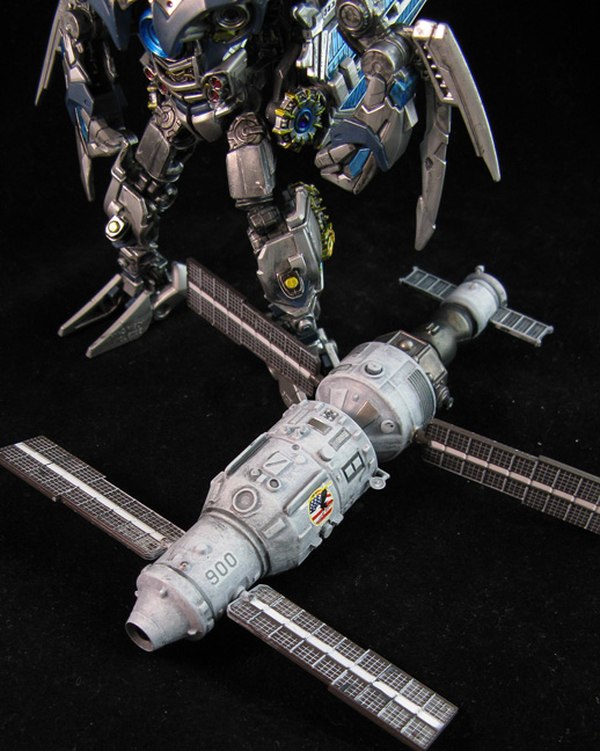