by bwbm on December 16, 2009
We have been seeing a lot of information on Transformers: War for Cybertron flying around lately, and now, we may have something even more: a release date. 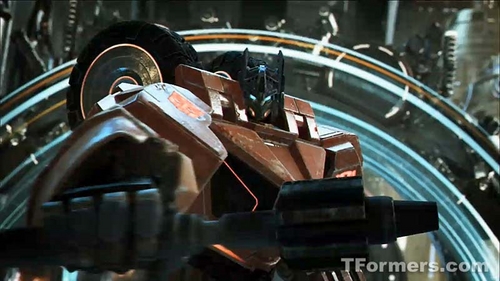 The product page also notes that the Nintendo DS will be sold in Decepticons and Autobots versions, similar to the Transformers: Revenge of the Fallen DS games.

Experience the legendary battle between the Autobots and Decepticons before their exodus to Earth in the untold story of the civil war for their home planet, Cybertron. Two distinct and intertwined campaigns chronicle the Autobots heroism in the face of total annihilation and the Decepticons unquenchable thirst for power. Collect both SKUs to unlock all the Autobot and Decepticon characters. Play as your favorite Transformer characters in the war that spawned one of the most brutal conflicts of all time.

Of course, release dates are meant to be broken, so keep in mind this isn't the final date. Even if Activision does come out soon with a release date, it doesn't mean that is final, either. June is a long ways away, so we will see how it goes. As was revealed previously, War for Cybertron will feature single player, online co-op or head-to-head multiplayer matches.