Following the global success of the Wallace & Gromit iPhone comic app, Titan Publishing is proud to announce the arrival of its first TRANSFORMERS iPhone comic.

Launching today, 26 February, and based on Hasbro¹s TRANSFORMERS brand, each TRANSFORMERS comic download includes an awesome action packed story and is bursting with fun facts and trivia about the characters, movies and comics! 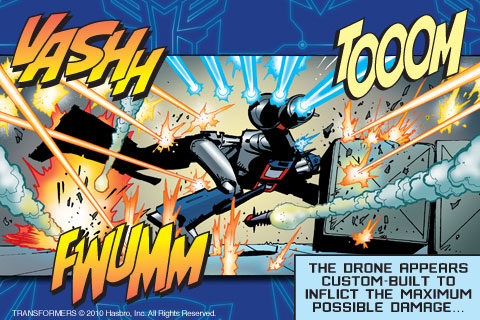 The digital comic is free and can be downloaded for iPhone by visiting www.titanpublishing.com/digital