by bwbm on April 20, 2010
Remember that really awesome Transformers Hunt for the Decepticons Voyager Battle Blades Optimus Prime figure that was revealed during Toy Fair 2010?

It was considered a "Wave 2 Preview" at the time, with a date for the release of the figure unknown.

Today, Japanese retailer Red Mercury has begun taking pre-orders for the TakaraTomy version of the figure, scheduled for a September 25, 2010 release. The price tag is 4410 Yen (~$47 USD).

Hasbro has stated that the Hunt for the Decepticons campaign will begin sometime in August, but rumors of the release of the figures in Canada have been pegged for as early as next month. 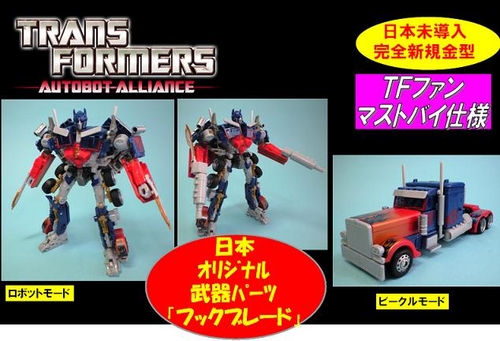 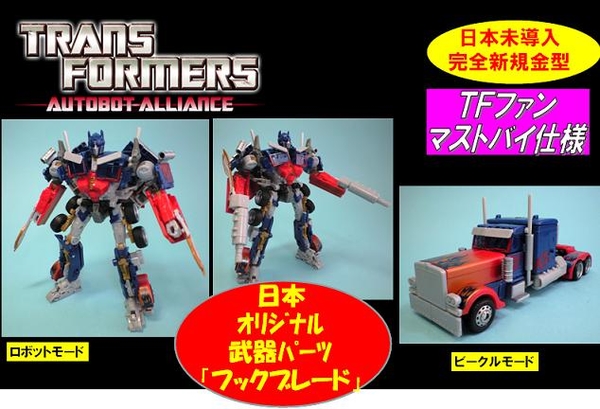