“There is no one that can say they touched every Transformer product made. This gentleman can say that.” – Aaron Archer speaking about Hikeaki Yoke.

We just got out of the TakaraTomy panel here at BotCon 2010. The two guests at the panel were Hideaki Yoke and Aaron Archer.

In the panel, we got some nice background information on the beginning of Transformers and Yoke-San's insight.

Hideake Yoke and Aaron Archer. Archer said he’s doing a a James Lipton thing for today. The original three came from the marketing boss at the time?

For Yoke-San's design team, Sunstreaker was the first transformer ever designed, in regard to him.
Most of the time we needed to communicate a different way. Fax was the most modern technology. “If you can imagine the number of items in trying to change colors and make changes, change names and clarify issues with Takara, obviously Transformers was very big.” Being able to do quickly was difficult. Teletrax, with no color was also another tech used. 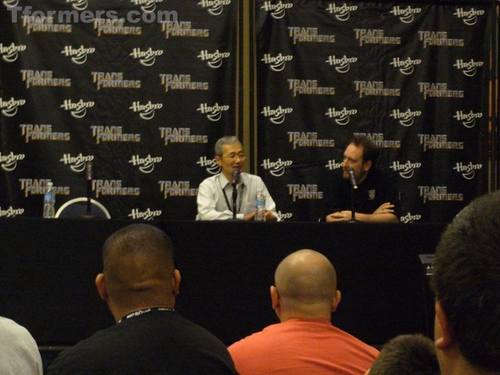 Archer says that today, Hasbro and Takara are benefited through 25 years plus of learning each other’s ways and understand and speak to each other.

Yoke-San moved to Rhode Island to 1987 and helped with Generation 1 release. Archer asks, "what was your biggest cultural learning in RI?"
Driving the wrong way. Moving here is a big moment of my life. Need to communicate in a totally new way, so, by doing so, I found myself that I wasn’t aware of before.

What was the last Transformer that you did design work? Animated Movie in 1986. After that he started being a manager. He is very happy to be a manager.

Yoke-San has a gentle way of managing that keeps people well informed and given a firm direction. He really is the head manager of all those teams.

Yoke-San reveals that his favorite Transformer that he designed is Perceptor!

To settle the dispute once and for all, who chose the green for the Construction team? The green color was chosen by Hasbro team.

"That explains the purple," Archer jokes.

Why did Transformers succeed and not Gobots? Most of the people in this room know why. Many people did a great job on Transformers.

The movie needed a breakthrough look and the challenge we both took was that he liked the challenge of inventing and came up with new ideas. In the end, it energized the team. Archer coined the term BayBots in reference the the movie-verse toys.


When they proposed the designs to Hasbro, why didn’t they take the one that changed into a horse? and why weren't there a lot of triplechangers?

They explained that the horse triplechanger was not properly presented at the meeting.

Hasbro also probably didn't too many triplechangers because they didn’t want to start a trend where kids thought that there would be three toys in one instead of two toys in one.

As the market changed, we had some change in the process, so, it’s hard to choose just one time. We are always looking for something new. Even today, we are looking for new directions for Transformers, which you will see in the coming years.

Will we see a re-issue G1 Shockwave?

Yoke-San: Wouldn’t you rather see a new Shockwave?

Do you think we’ll see an Alternity Cyclonus or Scourge, Perceptor, G1-style Motormaster?

Motormaster is on their radar, but we have no plans as of right now.
1 Image(s) - Click to Enlarge 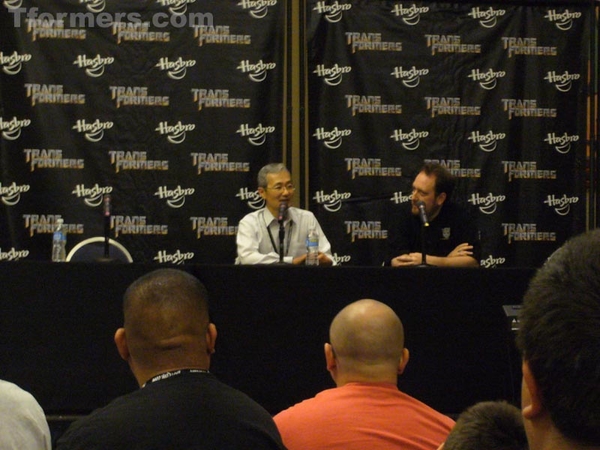 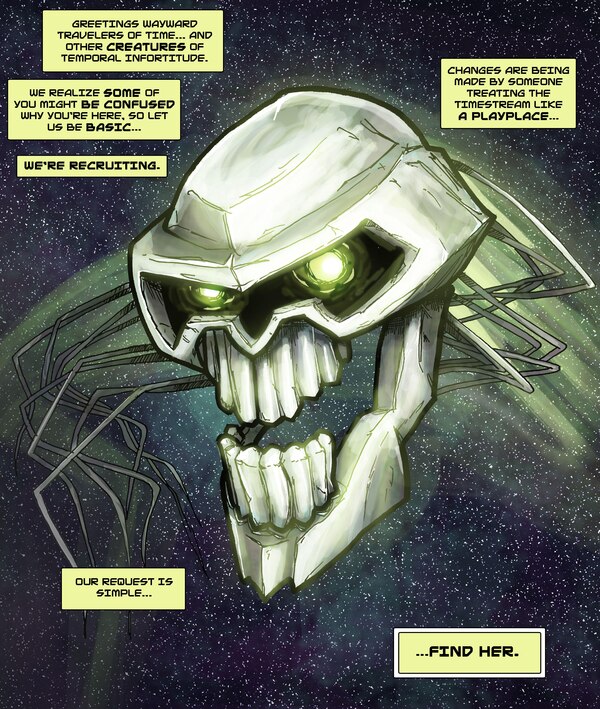