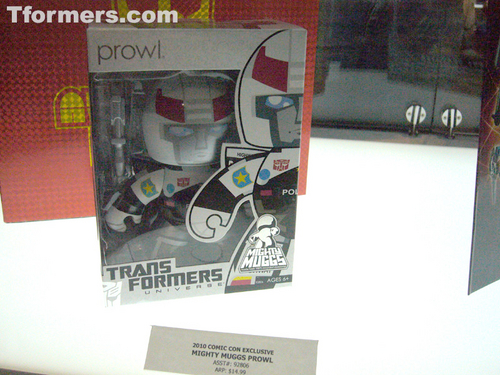 It was a little under the radar, but Hasbro slipped in the news that we will get a Mighty Muggs Prowl as one of the 2010 San Diego Comic-Con exclusives. It will cost $15.99. 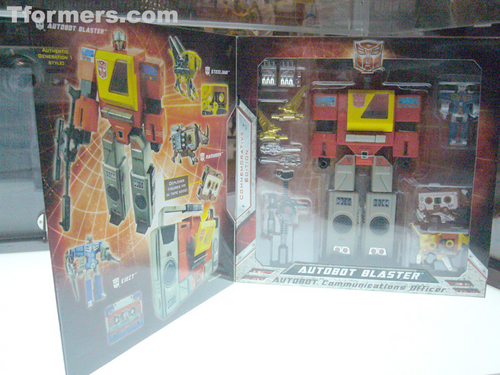 While we learned back in Toy Fair 2010 that Autobot Blaster was coming, we also now know that his cassettes Steeljaw, Ramhorn, and Eject be included as well. This exclusive will cost $49.99.

Both exclusives will not only be sold at the San Diego Comic-Con which takes place from July 21-25, but they will also be sold at HasbroToyShop.com afterward. Check out images for these below.
6 Image(s) - Click to Enlarge 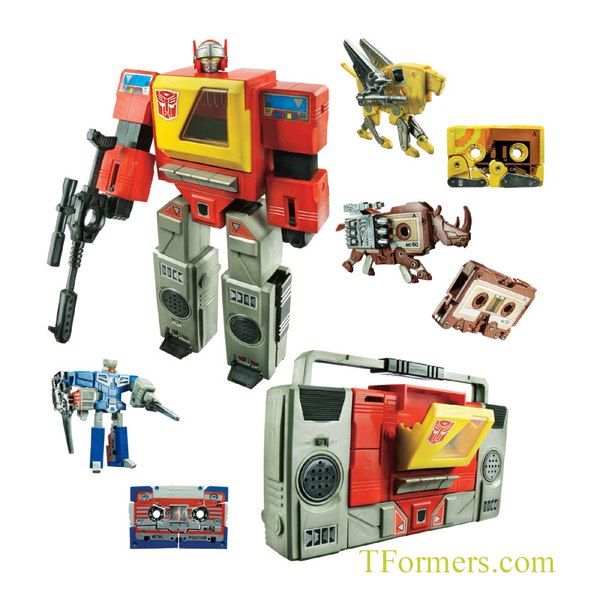 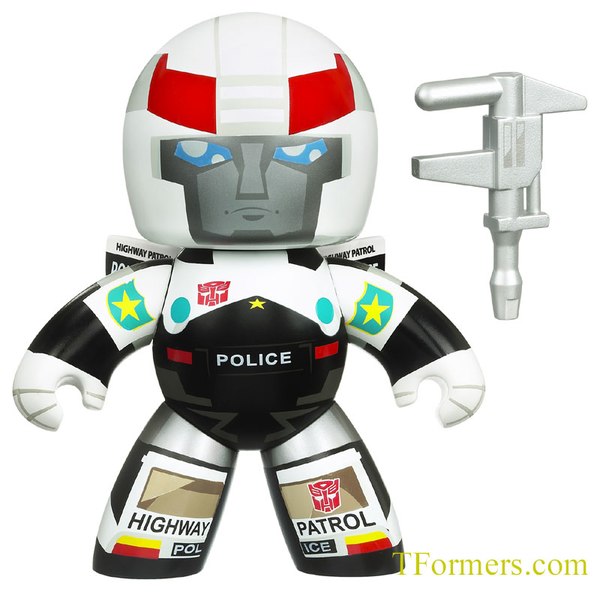 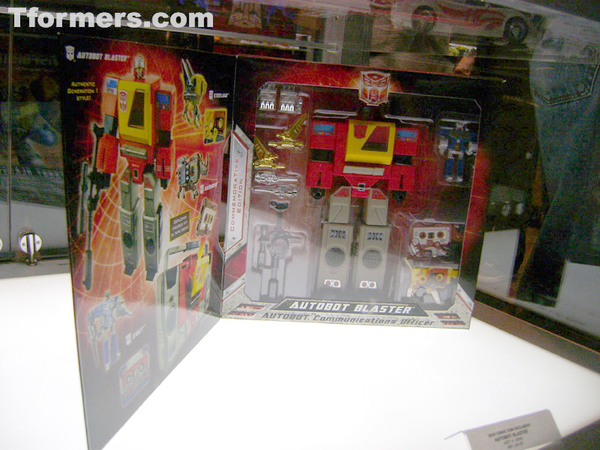 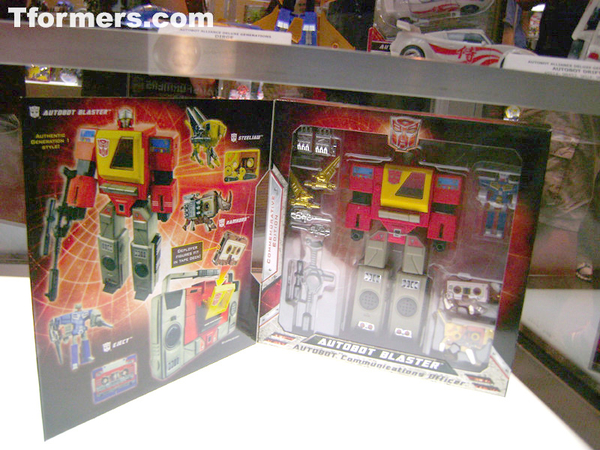 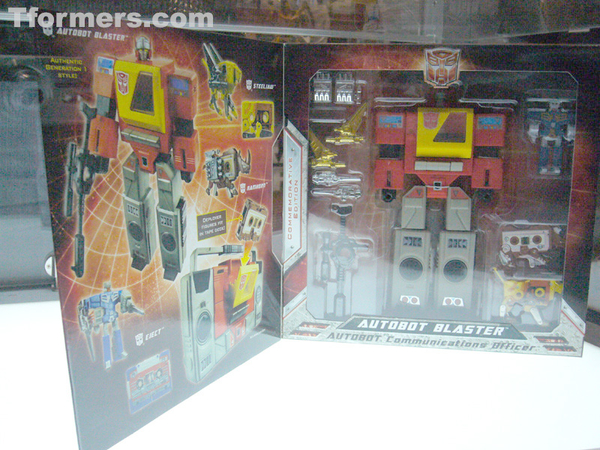 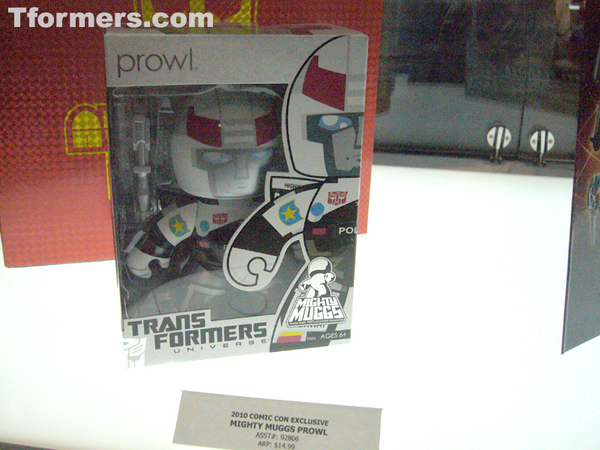