I thought these things were cool when I first saw them at the 2002 BotCon. Seemed like a cool thng to have a string of lights with samll Transformers RiD figures and symbols on them. What I was more surprised to find was that a lot of other fans really liked them too. I was curious about them and after a little digging, I ended up talking with Brainwave Toys Marketing Director, Steve Hsu. He tells us all about these cool novelties and the story about how they came to be.

To my amazement, there is quite a bit more to this line than just the Transformers Partylights. They've got nine other party light sets: GI Joe, Mr. Potato Head, Tonka, Monopoly, Barrel of Monkeys, Scrabble, Hungry Hungry Hippos, Candyland, and Twister. Images are below of some of the others for your reference. Oh and there are more on the way! Including Transformers G1 and GI Joe: Real American Hero. Read on for the details.

Where did the idea for this kinds of product come about?

Our VP of Development, Christopher "Cove" Overley originally came up with the Hasbro branded party lights idea. Cove is a toy industry veteran (13+ years) that has worked on a plethora of toy projects ranging from the first Batman movie figures and Playmate's Star Trek toys to Mezco's Living Dead Dolls. He envisioned a whole line of party lights that were based on popular toys and board games. We eventually came to the conclusion that Hasbro had the most recognizable brands in terms of toys and board games, thus contacted them about licensing their brands for our lights.


What is involved with getting the licensing for something like this?

Plenty of lawyers....just kidding, but it does take a good amount of time to open a dialog with a licensor, present concepts and ideas, negotiate terms and royalties, have a great deal of confidence in the concept and convey that confidence, and in the end, finally get the "ok" to mass produce the actual product. The licensee also needs a tremendous amount of patience due to the QA process. Hasbro has spent a great deal of time and money building their brands and they want to make sure nothing is lost in the translation from one type of product to another. Thus, the QA process focuses a lot on the process of going back and forth with the QA department.


Was Hasbro receptive to the idea?

Hasbro was extremely receptive to the idea of Hasbro Branded Partylights. Hasbro never had partylights prior to Brainwave Toys suggesting it and loved the idea of a product that would appeal to both children, teens, college students, adults, and the elderly. They especially got a real kick out of Scrabble and the ability for a user to create their own 9-lettered words.


Who decides on what plastic mold designs will be used?

Initially, Hasbro recommended which mold design to use. They recommended the one that coincided with their current line, which at the time was RID. By matching the current line, we hoped to get benefit from the RID marketing campaign. Moving forward, the mold designs will be determined by David Vogel (President of Brainwave Toys), Cove Overley (VP of Development), myself ( Marketing Director), and our panel of Transformers experts (AKA: the fans found on sites such as TFormers.com and American Dream Comics).

By this time next year, you should see the Gen1 partylights. Several fans, including myself, want to see classic Megatron vs. Optimus Prime, but there is an outside chance you might see Jazz vs. Starscream or Rodimus Prime with the Matrix vs. Galvatron. I recommended Omega Supreme vs. Devastator....but only time will tell if that one gets made.


Are these original figure molds or are they based on previously cast Transformers figures?

These are new tools/molds that are based on previously cast Transformers figures. We cannot duplicate every single detail that the original toys had, but we try as hard as we can to maintain the same level of details through the use of different paint applications.


What will these sets sell for?

They will retail for approximately $19.99.


When can we expect to see the party light sets in stores?

The retailers' distribution centers will receive the lights in approximately 5-6 weeks. Fans should start to see them in stores on the West and East Coast around early November.


What retail outlets will be carrying the lights?

None of the major retail outlets will carry the lights. The Wal-Marts, Targets, Kohl's, and K-mart's of the world will not have these in 2002. The best places to find the lights will be at comic stores, hobby shops, small independent toy stores, and lighting vendors. You can also find them at a number of online vendors (i.e Wickedcoolstuff.com, Urbanout.com, etc.)


Are they limited to distribution in USA only?

Currently, yes. But we are in the process of opening a distribution channel in the United Kingdom, Canada, and South America. Japan is on our radar screen but we are still working out the preliminary details in that region of the world.


Will there be a Transformers Armada version one day?

Maybe. It's still tad early in the Armada universe to know whether or not we will create lights for it. For now, we want to stick with the themes that have a very solid fan base similar to that of the Gen1 group.


What other toy lines can we expect to see Party Lights for?

Transformers Generation 1 (as mentioned above). GI Joe: Real American Hero and some others....but for now, I've taken a blood oath to keep them secret..j/k, but I'm really not privileged to say but once I am you will be one of the first to find out.


Anything you can tell us about your lights?

As of today I know that the lights will be available in stores on both the East and West Coast. However, fans that are in the mid-west and central United States usually get kinda "screwed" out of the latest stuff. Though fans in the mid-west can order most items off the online stores, some of these stores might sell out fairly quickly. As a result, Brainwave Toys is working on a system that will give mid-west fans the opportunity to order the light sets online from a Brainwave Toys affiliate.

Thanks to Steve Hsu! Check out the Brainwave Toys website for more information on these and other products HERE.
10 Image(s) - Click to Enlarge 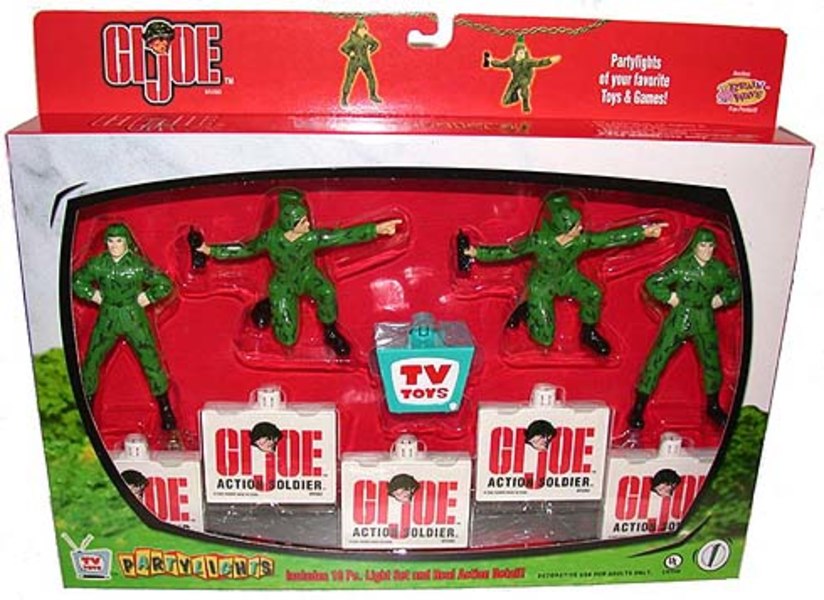 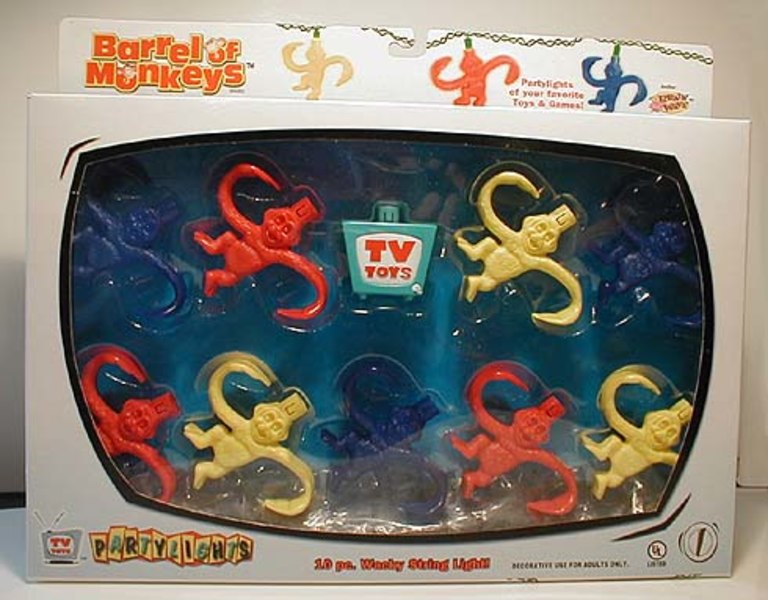 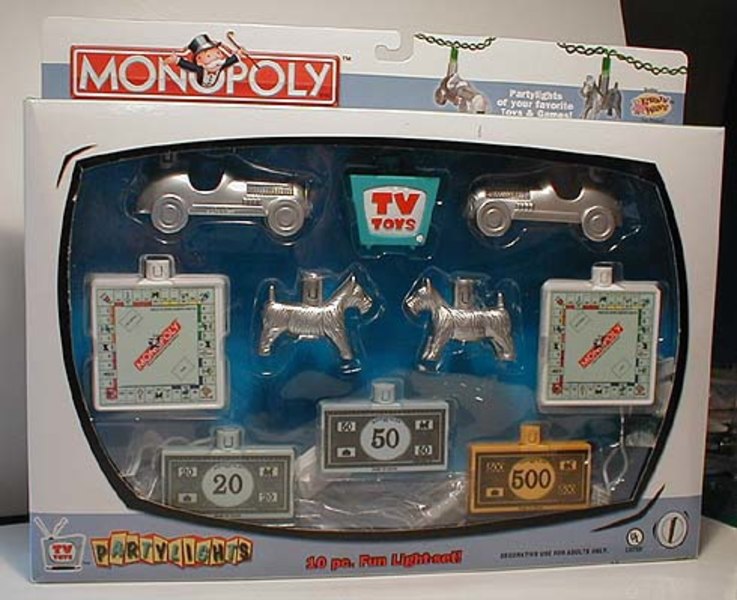 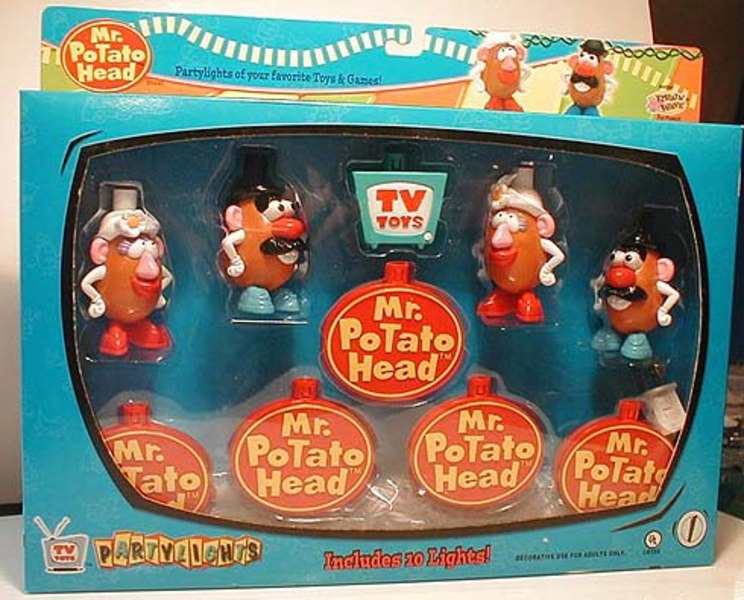 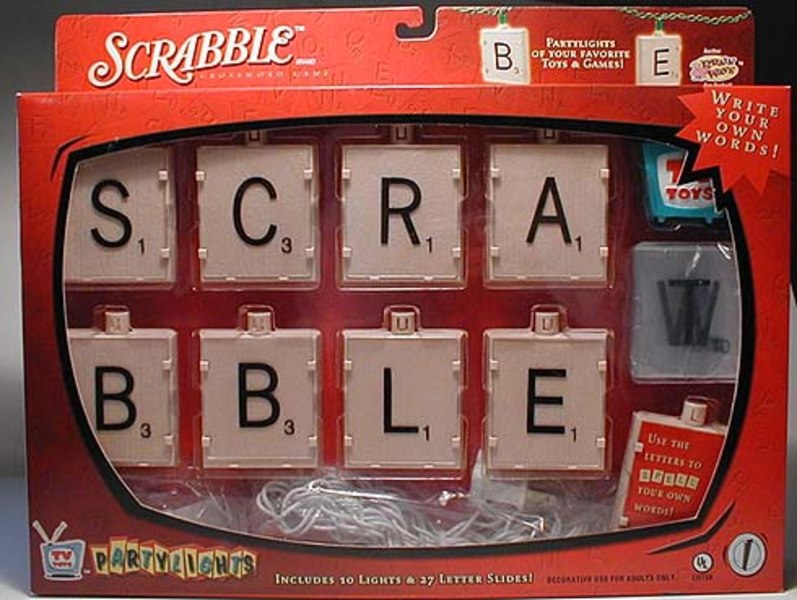 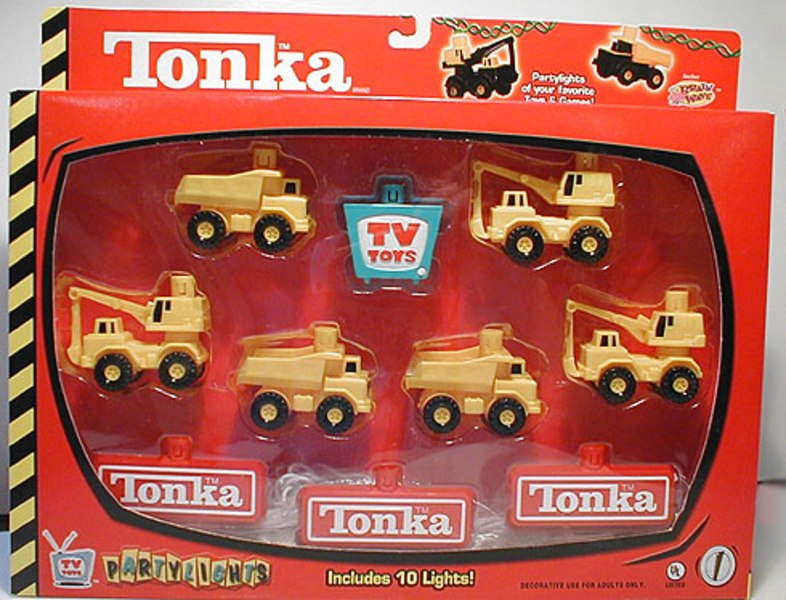 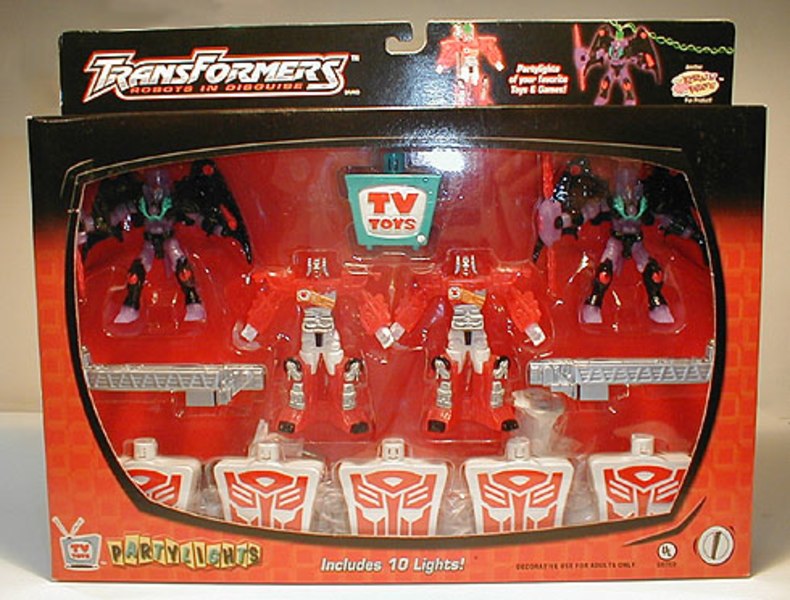 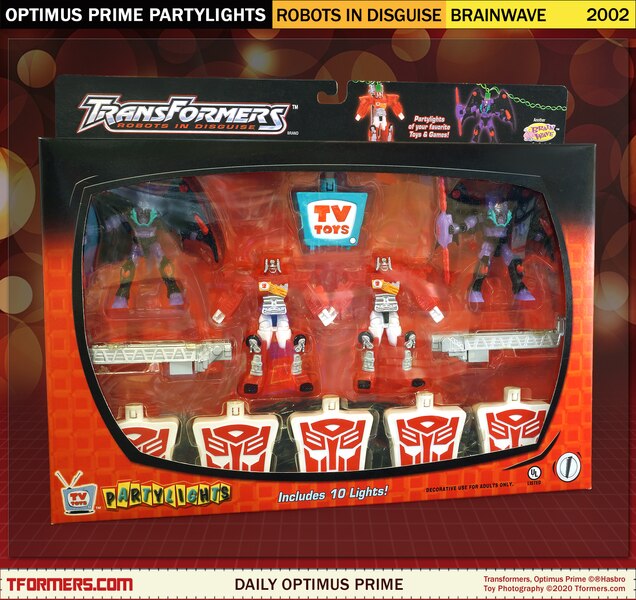 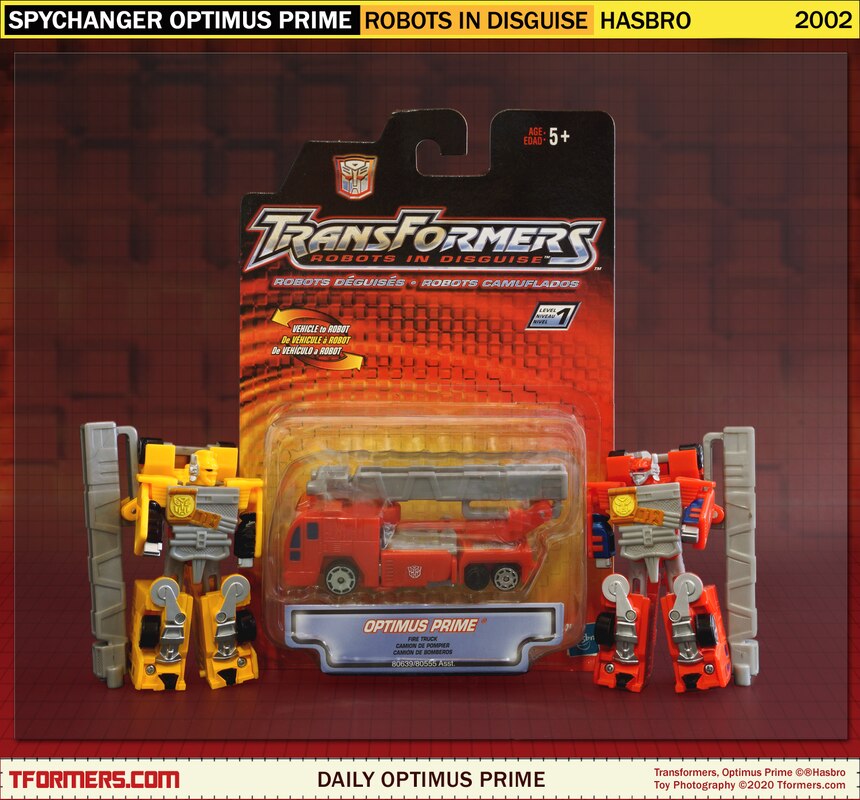 Daily Prime - The Scourge of Robots in Disguise 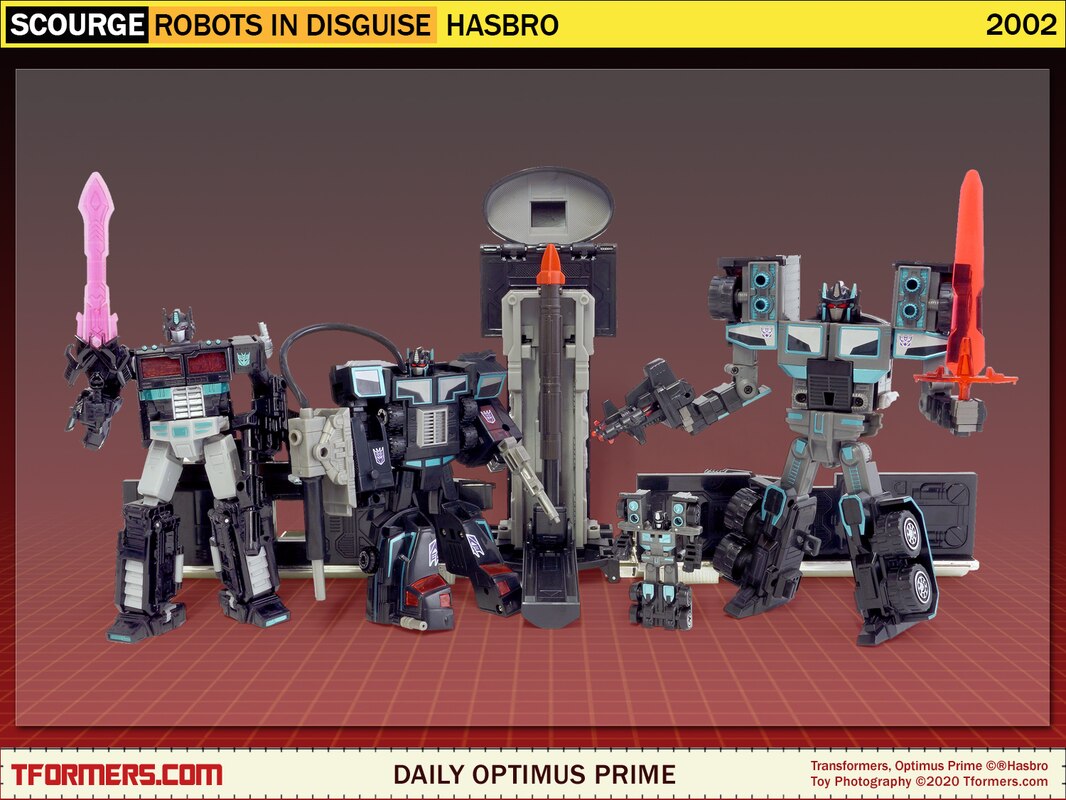 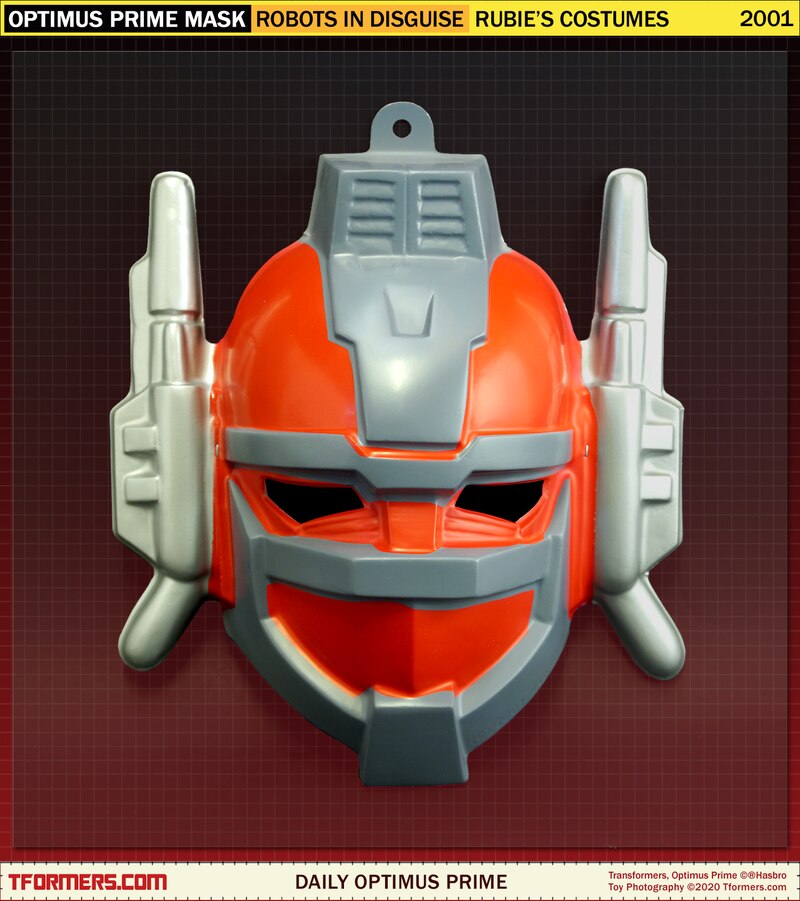 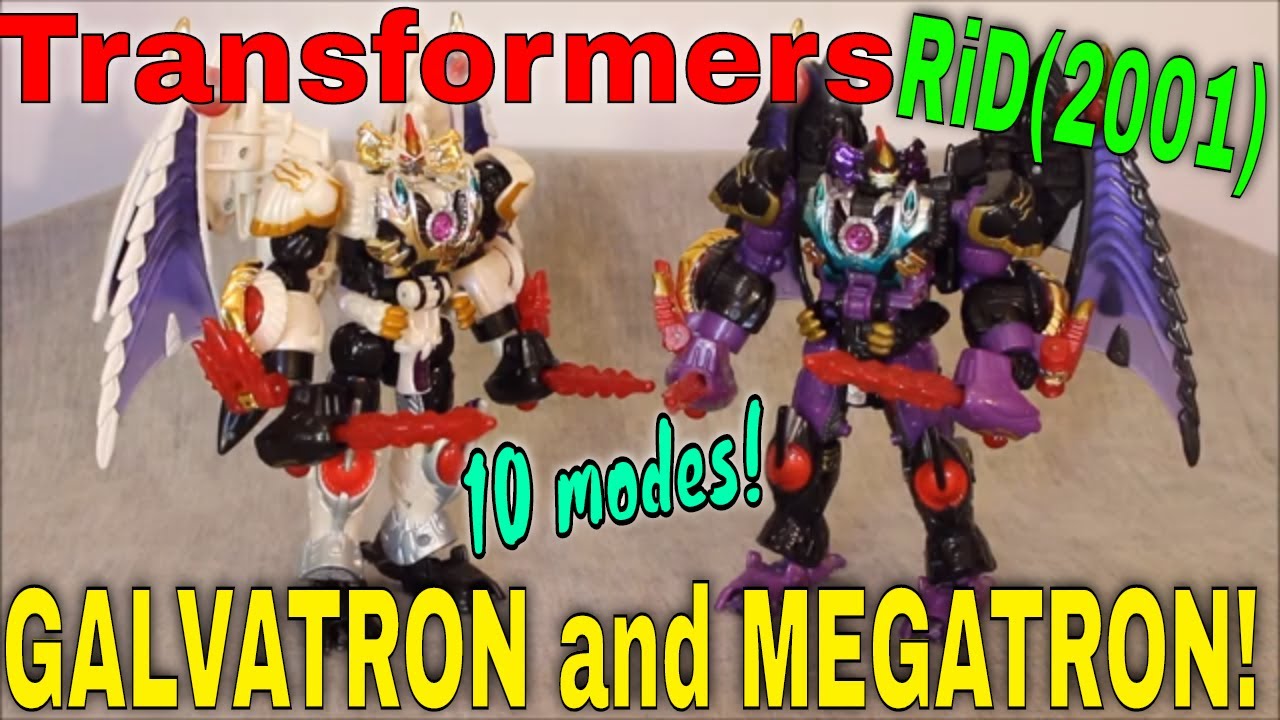 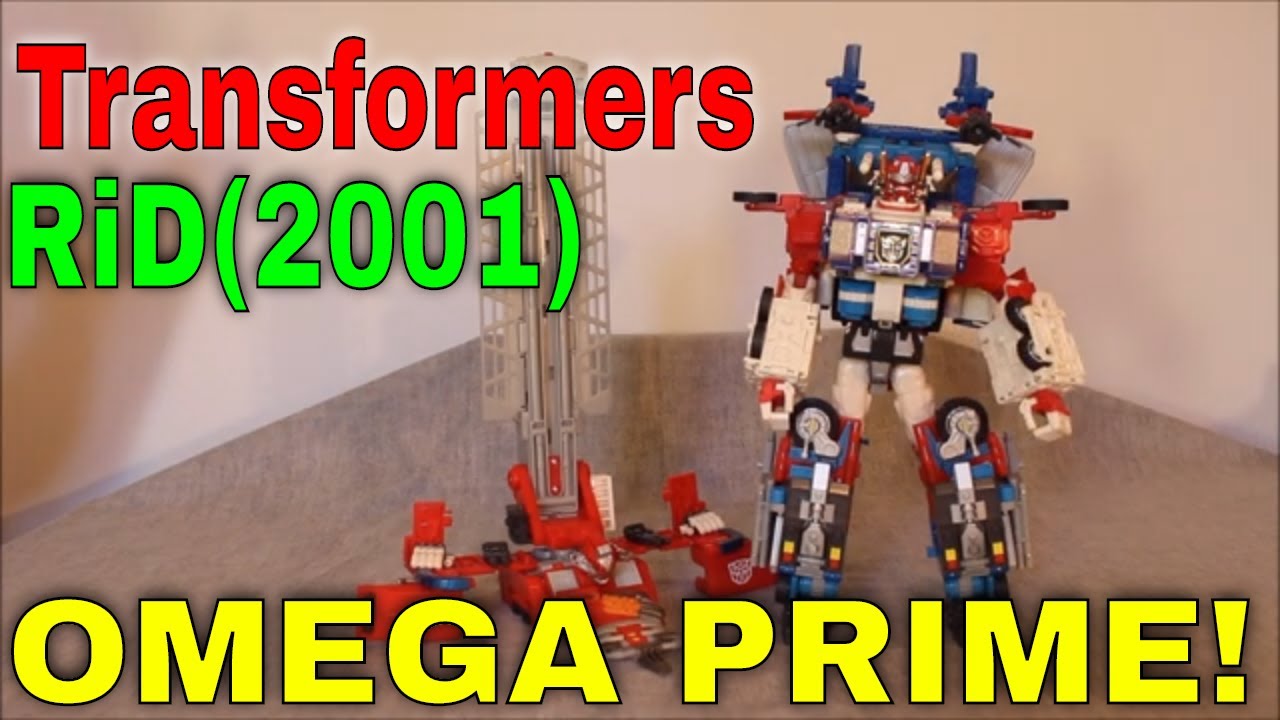