by BaCon on September 30, 2006
It's Saturday and we're in full swing covering the events all day long at this year's BotCon. First up is the Cartoon Creation with David McDermott and Aaron Archer. The event just let out, where they discussed the development of the Cybertron cartoons and more. Check out our complete report for lots of details on the making of Cybertron and even some tid bits on the new Transformers Cartoon - Read More

click here to see more image from the panel 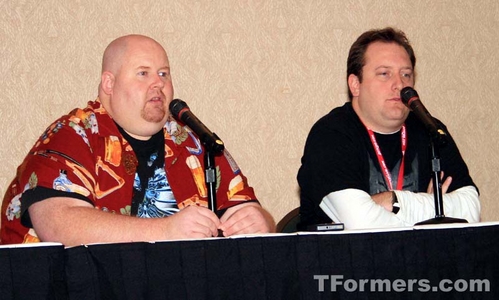 + Archer and McDermitt are talking about how there were gonna be these planets they would go around and get things. I think he said keys.

+ Archer shows slides of designs and ideas for cartoon.

+ Session opens up to Questions and Answers

+ The Japanese wanted all boys characters in Cybertron, but Cartoon Network asked for some female ones too.

+ Dave Mcdermit isn't a huge TF fan. Watched it up to the TF movie and then quit following them. He says he had to take a crash course on Beast Wars and the other series since then before starting Cybertron.

+ Originally there were only going to be planet keys, but Takara wanted keys for everyone.

+ The use of all the accents for voices was done because they wanted people to be able to differentiate all the robots.

+ Did you try and write the human characters more natural then previous shows? Did you look at past toons and say 'god we have to fix that?' Hasbro gave them specific directives so they must have seen things that needed to be changed. There is nothing special with the kids, they just try and make everyone as real as possible.

+ Archer was responsible for Kicker showing up in the last episode.

+ Why does Megatron die in every series? Archer blames Takara for that cause in Car Robots when Takara did the white Galvatron it sold really well. So its kind of become a pattern.

+ Dave is the story editor for Cybertron by the way.

+ Why are there so many episodes? Japanese model is air it once. They don't do reruns so they need 52 episodes to fill 52 weeks a year. That also why there are gaps.

+ Were you pleased how the cartoons turned out?
Archer: in a designers eye we imaged it to be a lot more elaborate, but due to time and animation and such it felt short of his imagination but he guesses he is happy with it.

click here to see more images from the panel

+ Why were there monsters in the middle of the story? Because some Japanese guys wanted them. They were kind of confused by that too.

+ They don't see how things are going to pan out during the story so they have to be careful about taking liberties when doing the U.S. version. Cause it could end up not matching up with how the story plays out when the people overseas finish it.

+ For the planets, they kept the names simple, Speed, Jungle, etc. for the kids.

+ The Jungle Planet never was really a need to give it a name. It was such a brutal primitive place he didn't think it needed one.

+ It is Cartoon Network's decision to break the episodes up and have long periods of time between episodes.

+ Yes, when they kept moving it around they kept starting over so people were brought up to speed.

+ What didn't make it in to the scripts or that we didn't see happen?
Dave: One of the things that didn't turn out the way he expected was Lio Breaker originally was going to take over Jungle Planet. And wouldn't want to leave the planet. + They did the episodes as a serial instead of stand off episodes at the Japanese's request.

+ They won't go into details about the next cartoon. There will be one, but that's all they will say now.

+ Dave is pushing for a figure of the Stoplight guy.

+ In the future you will prob see more new molds for characters that get upgrades instead of flat repaints, according to Aaron Archer.

+ For the new cartoon, if they partner with Takara, they are stuck doing more episdoes that connect. If they don't partner, they would ideally like to go back to a pattern more like the way Beast Wars was done.

+ What happened to Billy Fred? Living in the south of France partying - jokes Archer.

+ Archer liked Thundar the Barbarian and Starblazers as a kid. Dave liked Ultraman and Speed Racer.

+ Archer seemed to be hinting the new series will be done with fewer charcters and more like Beast Wars. 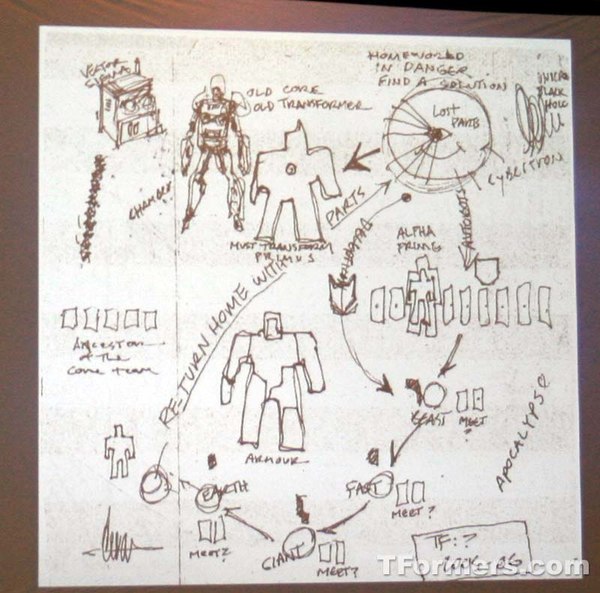 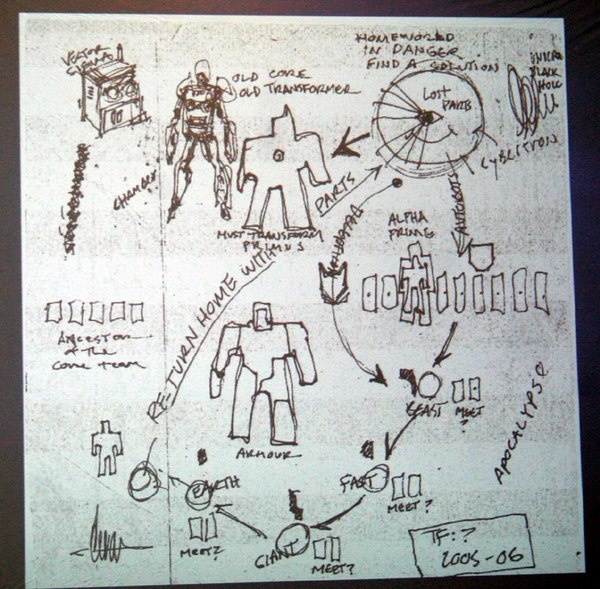 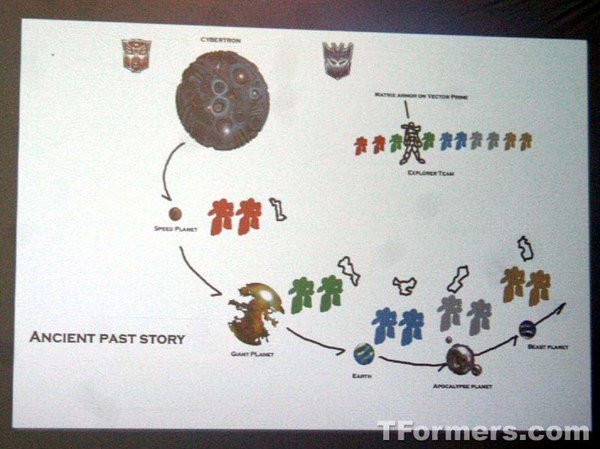 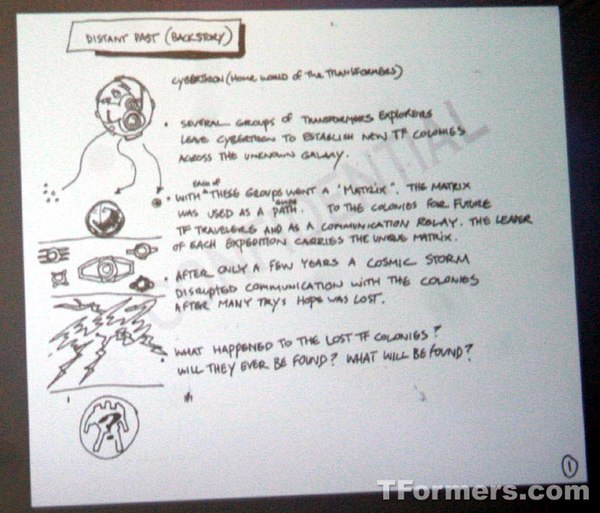 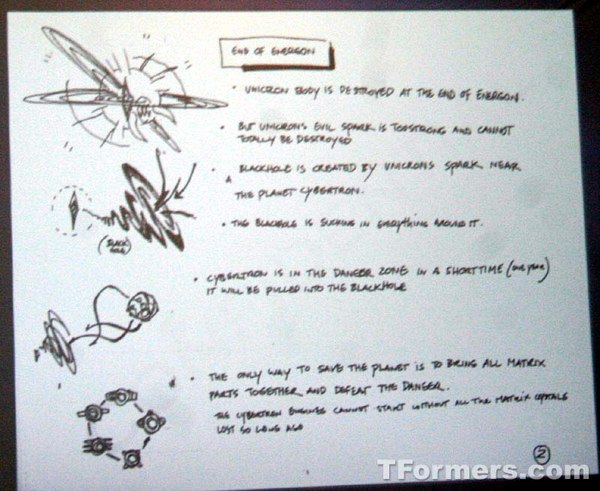 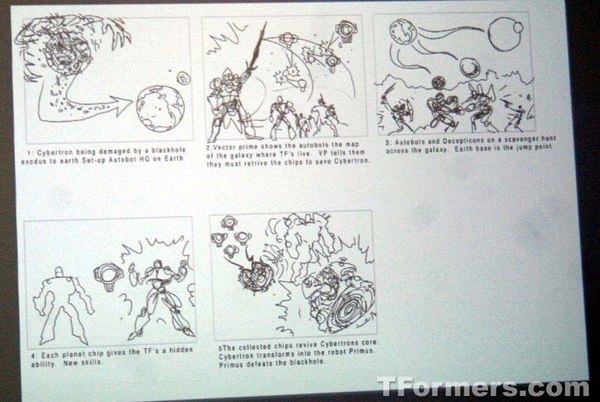 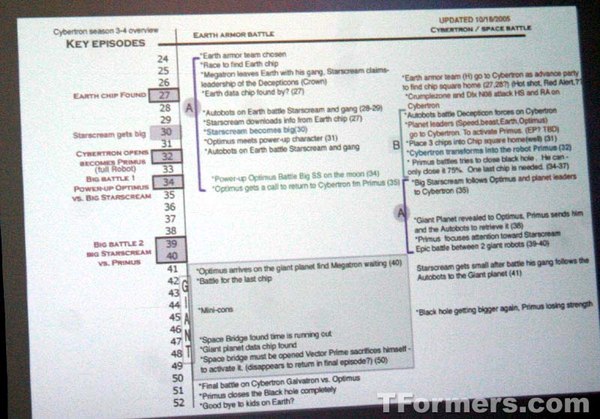 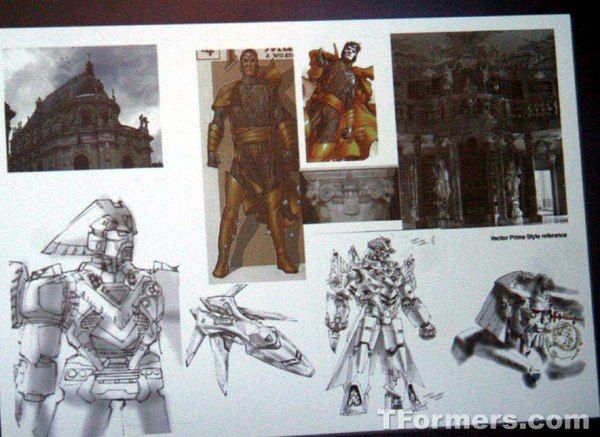 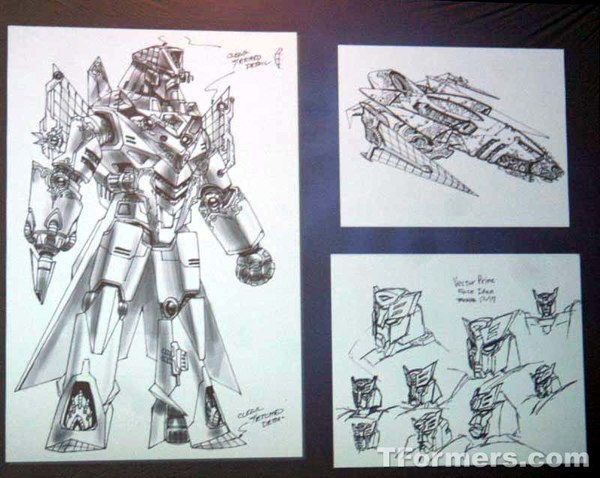 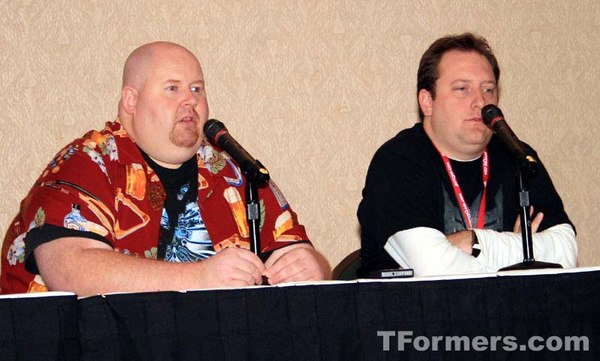