by BaCon on February 4, 2008
Here it is, the Transformers Combaticon Commander Onslaught custom by grapes4mapes: I custom painted the movie voyager size version of Prime but modded his original head by cutting away and trimming parts not needed, and then fabricated new parts with Milliput (modelers putty) and styrene.

Anway, I scratch built him a new trailer as well along with pieces from other war models that gives it a combat deck that houses a missile turret and two surface to air photon missiles for taking out those pesky Aerialbots. FANBOY ALERT!! Onslaughts abilities are as follows: In missile trailer mode, Onslaught can reach speeds of 100 mph. His range is 2400 miles. He can launch photon missiles, with a range of 6500 miles. Each missile contains three independently targetable shells, each of which has an explosive force equivalent to 3000 tons of TNT. In robot mode, he uses a sonic stun-gun (that I fabricated for him as well) which is capable of crumbling a hillside with one blast. 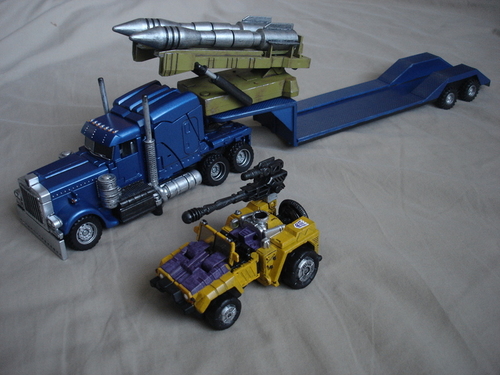 With this auction the winner will also receive a custom painted Swindle figure. Swindle was custom painted from the scout class Movie fig Strongarm. I fabricated him a shoulder canon as well as a pistol as seen in the G1 toon: Swindle Abilites: Perhaps Swindle's greatest talent is his gift of gab. He could probably sell oil to an Arab sheik, if given the chance. In both jeep and robot modes, he uses two weapons: a scatter blaster that shoots bursts of explosive buckshot-type pellets over a wide area, and a gyro-gun that disturbs the balance centers of Transformers, severely hampering their driving, flying, and/or walking.

For the painting effects I used a combination of acrylic, and enamel paints as well as utilizing the drybrushing, panel lining, and highlighting techniques to achieve a more detailed look without overkill. For more detailed pics just click here.

These figures could look nice in your collection. Especially next to the Classics 2.0 line that is coming our way soon. Read more details about this custom and how you can bid on it now at eBay CLICK HERE!
20 Image(s) - Click to Enlarge 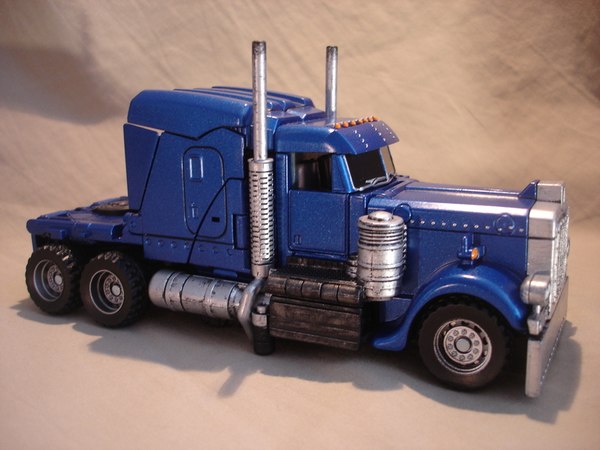 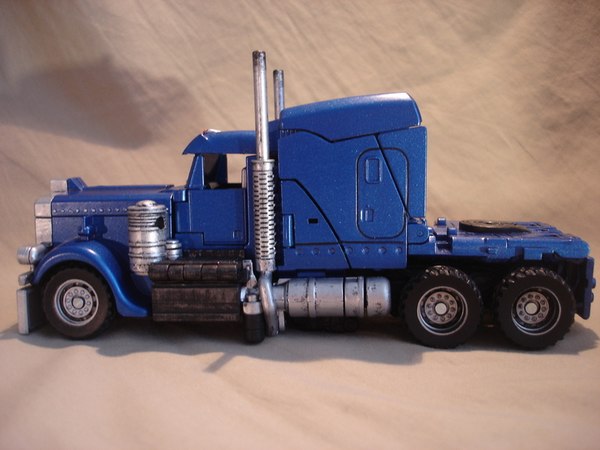 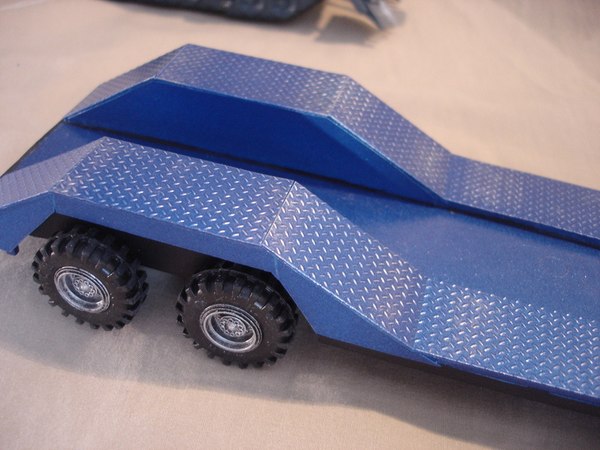 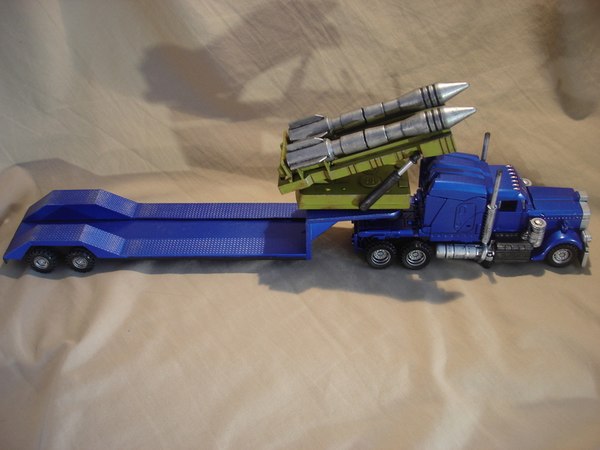 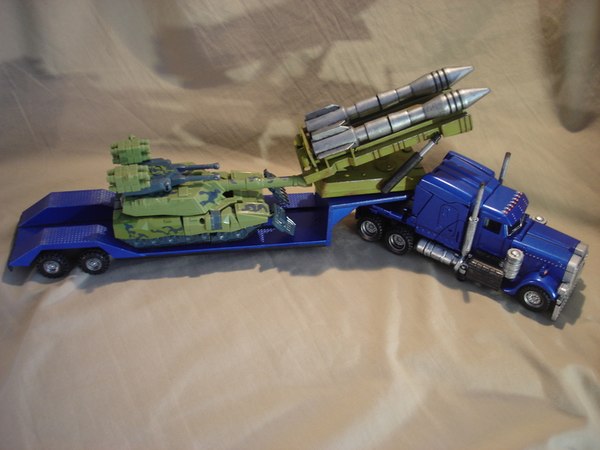 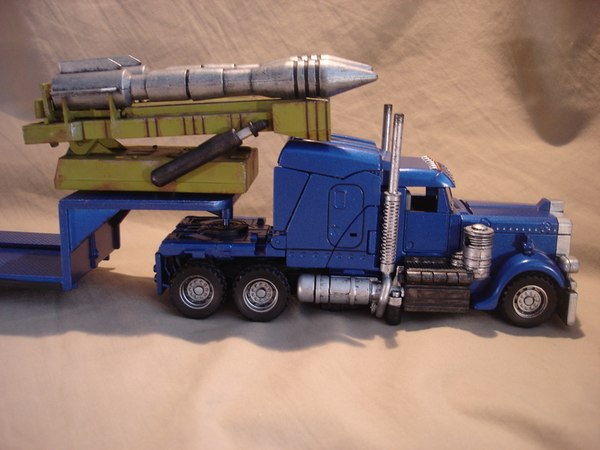 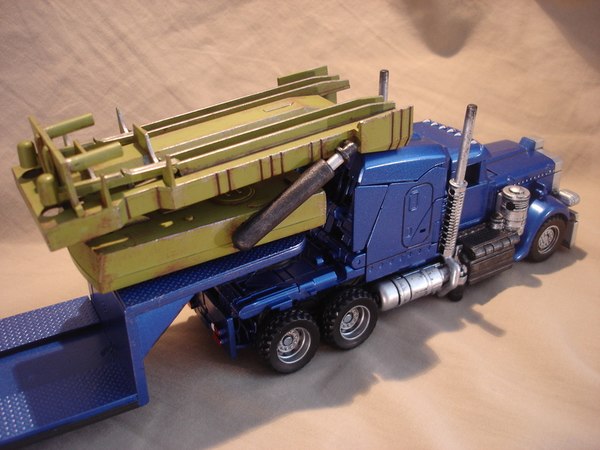 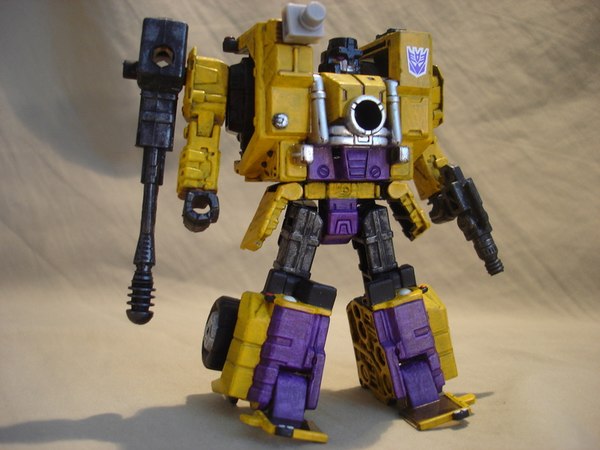 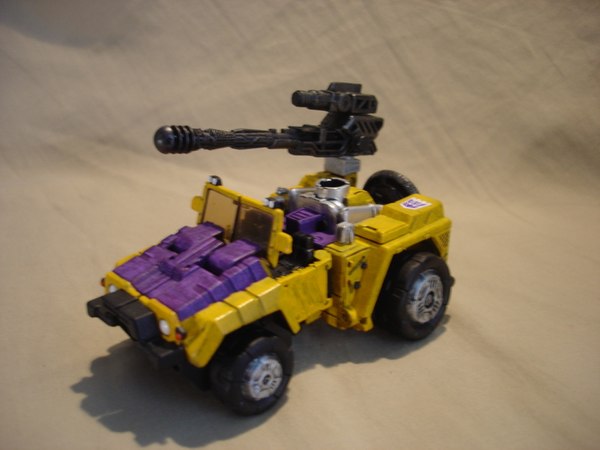 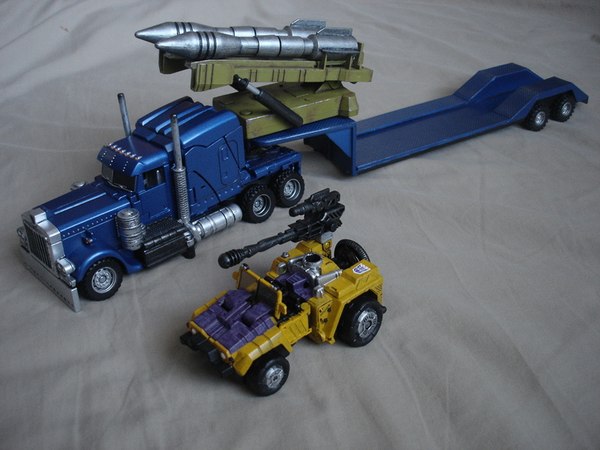 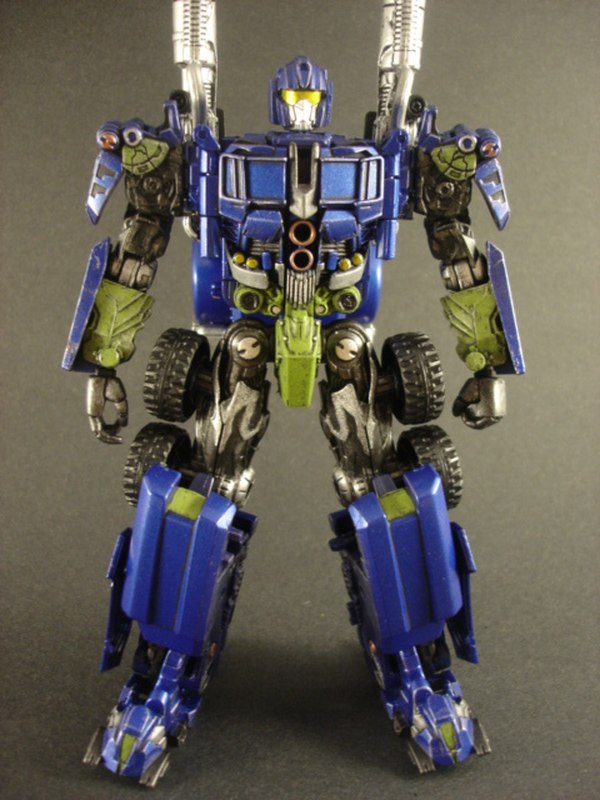 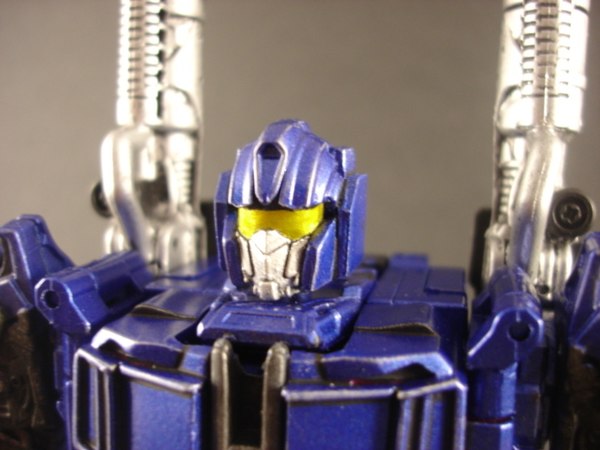 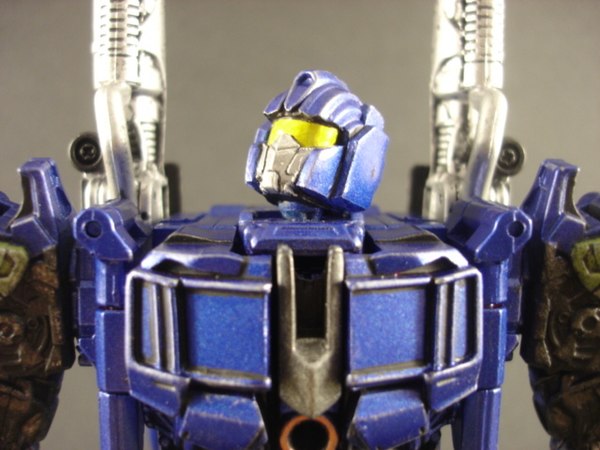 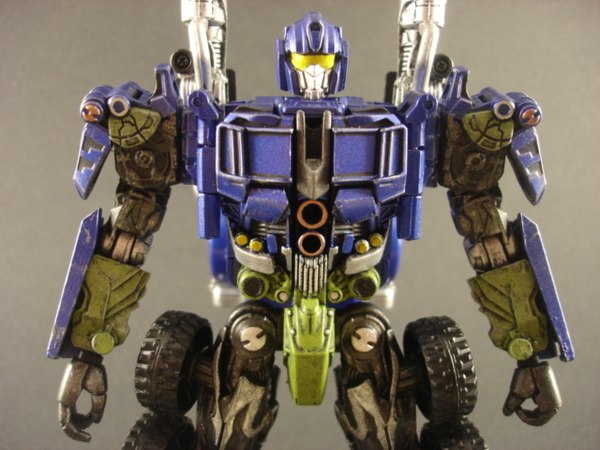 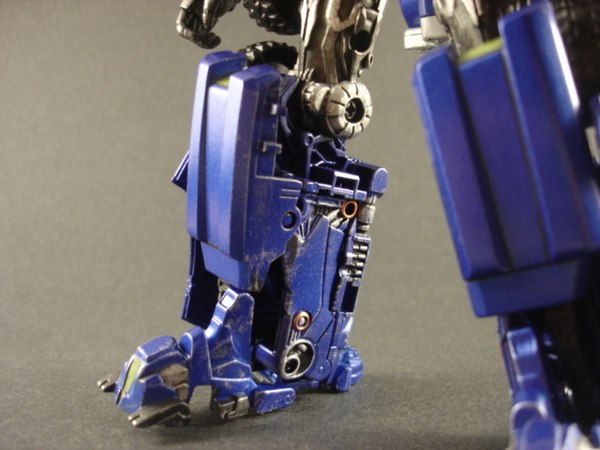 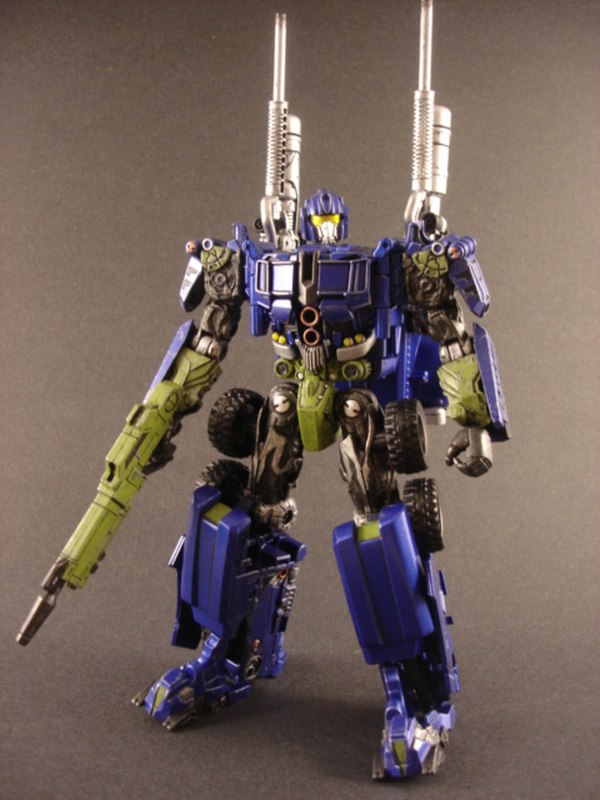 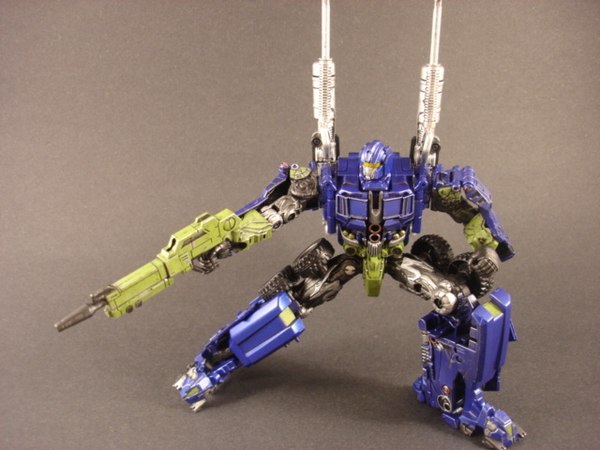 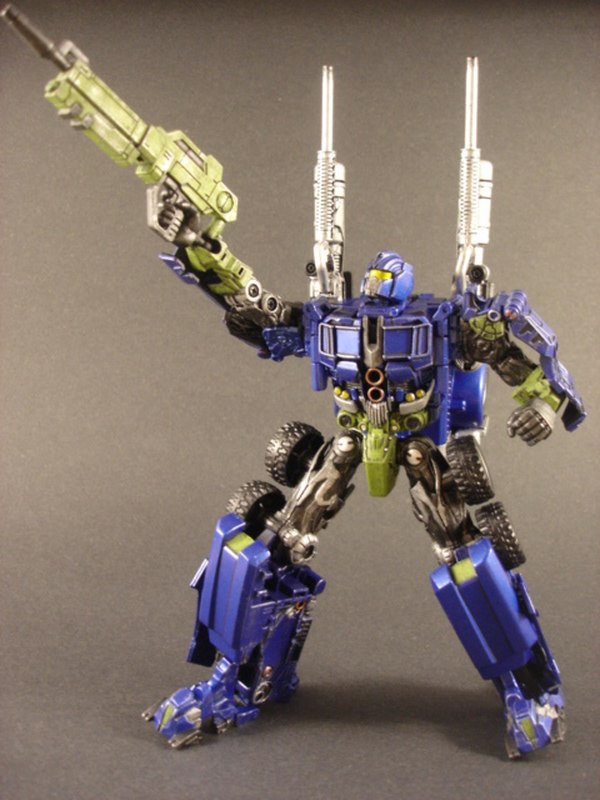 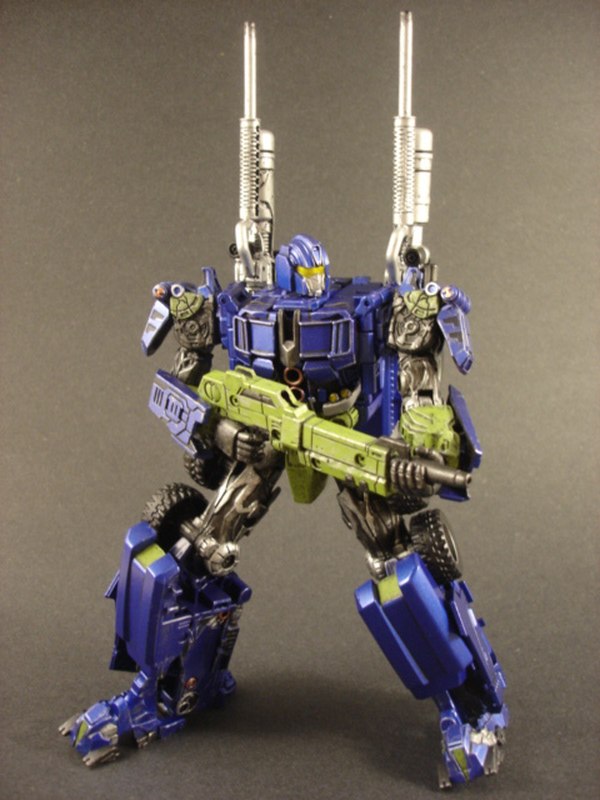 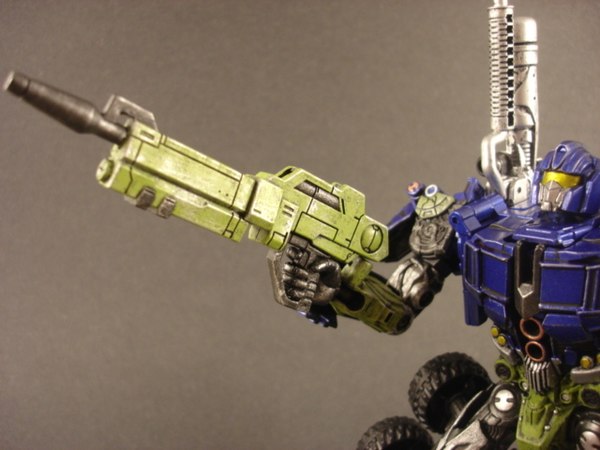 Someone did a Blastoff from Classics astrotrain a while ago,using a KO oversized blastoff-head.

I especially love the Swindle as well as the custom touches to Movie Brawl to kind of "complete" the set. Now all that is needed is a Blackhawk Helicopter for Vortex and a shuttle for Blast Off and every Combaticon will be represented. :D

Looks sweet indeed,is he going to combine with other combaticons? if you do,maybe add-on parts can attach to the trailer.

That is really awesome looking. Where did you get those sweet hands from, and the weapon?

Wow,you have got egoooooo ;-D just messing with ya.