by xSEANxLONGx on June 4, 2008
My EXCLUSIVE First Look Video Review of Transformers Marvel Crossovers Spider-man! I show off the details, features, transformation, and size comparisons to Spider-man 3 Movie Spider-man, Movie Deluxe Arcee and Bumblebee, Animated Deluxe Prowl and Blackarachnia, and Marvel Crossovers Venom. Check it out!

The Biggest Motorcycle Transformer so far! It's Awesome you can put a Spidey Figure on Marvel Crossovers Spider-man to have him ride it. Great Articulation, Missile Launchers with Storage, and Awesome Detail! I LOVE IT!

With Animated Deluxe Prowl and Blackarachnia

Man, that is one of the ugliest alt mode TF cycles I have ever seen. The proportions from the relatively small front-end to the very long body and giant seat are all out of whack. Also, the placement of the headlights, windscreen, mirrors, and little silver "nose" make it look like it has a weird animal-like head in alt mode. Might make sense if the fig was Spider-Ham. :tflaugh All in all, :fail

sean long can be so incredibly annoying, he thinks EVERYTHING is cool, for example this garbage and supreme animated prime.. i mean come on.. have some taste.

They seem as kit-bash-fodder-worthy as their dismal Starwars TF cousins. Making robots that look exactly like the character is about as great an idea as painting Batmans face on the front of a black car and calling it "the Batmobile".

his torso, crotch, and legs are clearly visible in alt mode. they should have done more to disguise that. also, the transformation is almost exactly like that of movie arcee's. i wasn't expecting much from this line (esp a motorcycle), but these (at least this mould in particular) would be more suited for a deluxe release, or at least the flaws, jmo, would be more forgivable at that price point/size.

Overall, Spidey's a huge improvement over Marvels Mega formers as well as The Star Wars Transformers. It's cool that the bot mode isn't just comprised of an opening shell but actually has a genuine transformation and uses all parts from the alt mold. Also the toy itself looks pretty solid in construction.

Blown away by how large Hasbro decided to scale these. That there is a bit of a turn off for me as collector. I would have loved for these to be in the Deluxe scale but that there is a voyager sized bike. That won't be a good fit with other lines and only adds to the cost which unfortunately detract my interest greatly. Why these wouldn't be scaled the size as the Starwars TFs is anyone's guess.

Can't wait to see the Ironman/jetformer. Depending how well Hasbro pulls that one off I may get one. Other that that I can see myself passing on a vast majority of these.

Keep up the great work.

I nkow this is a terrible thing to say but I really want a Proffessor X one of these that turns into a wheelchair.

Thanks so much! I'll take pics and post them :)

Good review, Sean. I'd been looking forward to TF:Crossovers Spidey for a while. Look forward to seeing Venom.

I like how Spidey improves on Arcee's weaknesses some.

I'd like to see this guy compared in size to a G1 Wreckgar.

Also, there is no way in hell I'm buying this monstrosity. 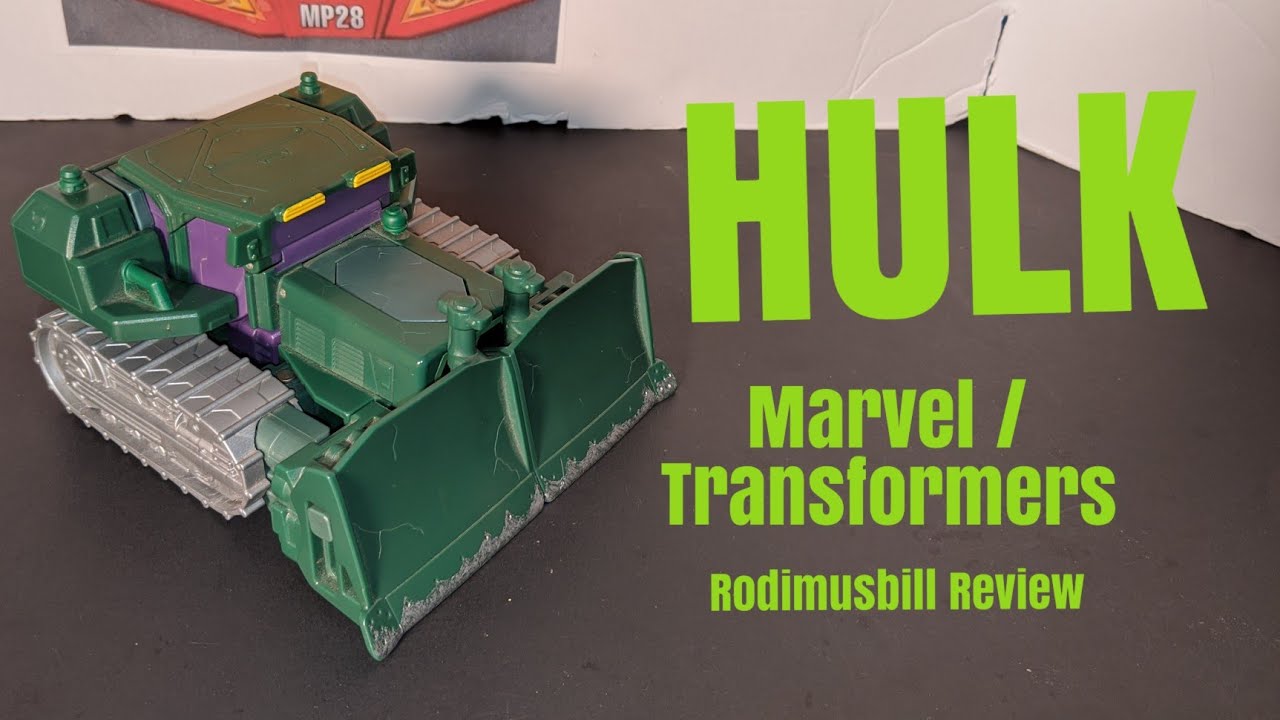 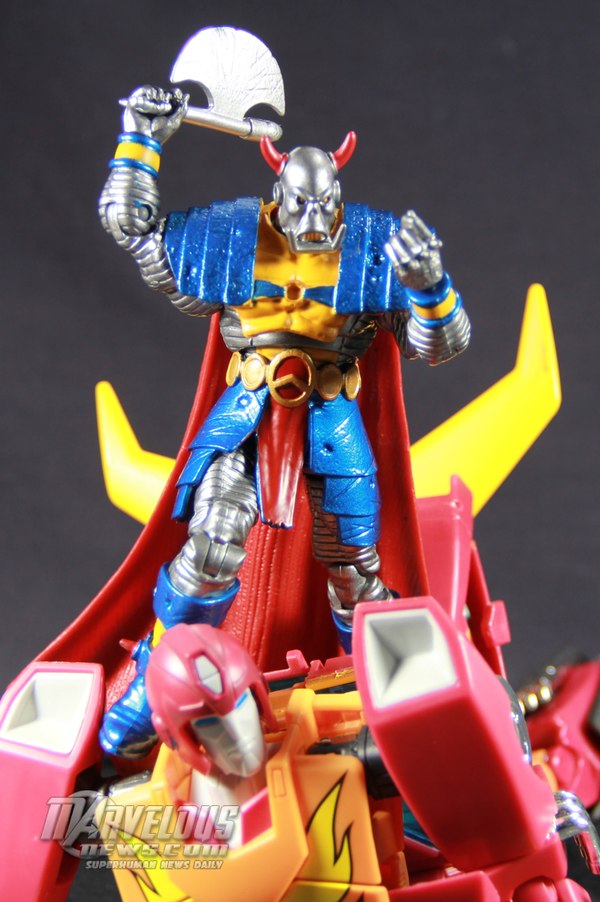 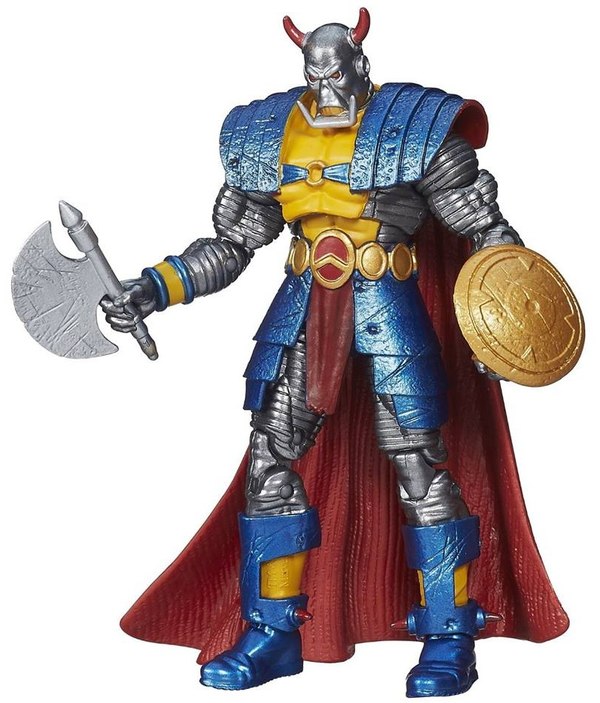 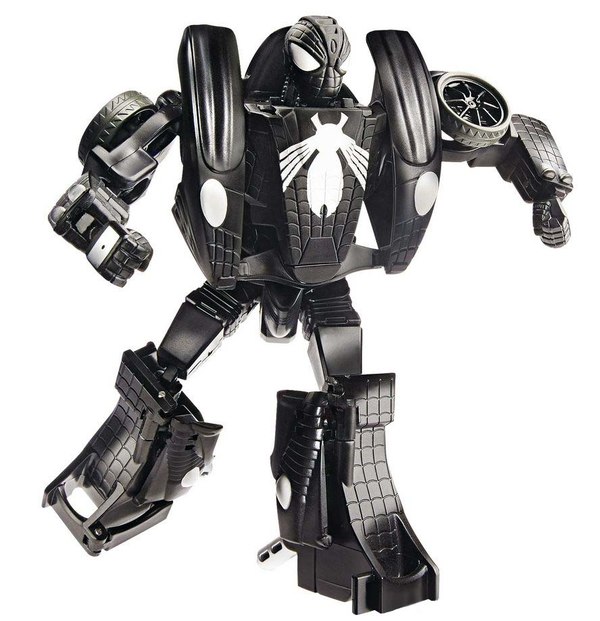 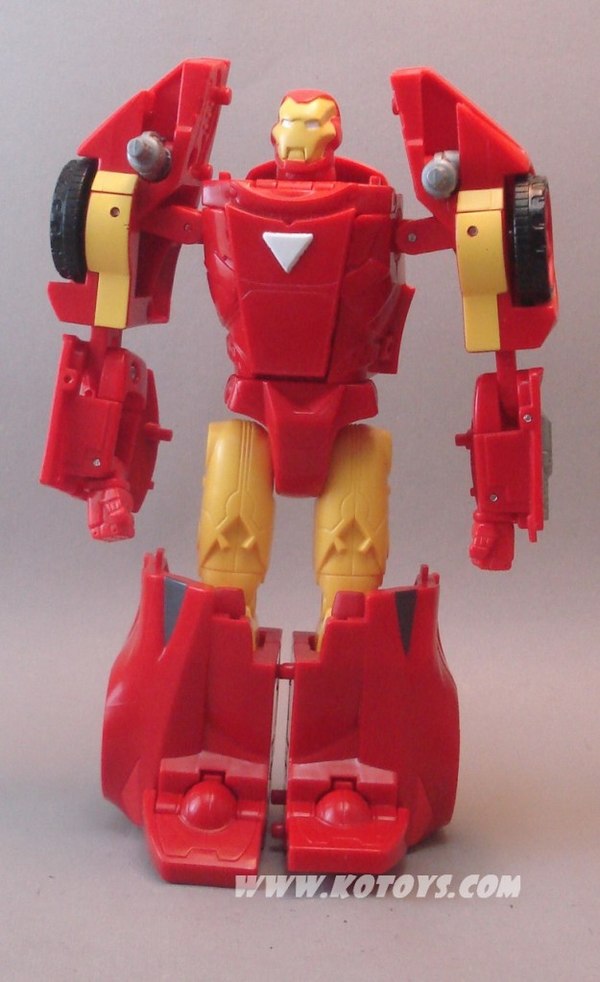