We have details on the most talked about product placement for a Chinese company in the Transformers 4: Age Of Extinction movie. The the already well promoted Trumpchi E-jet electric hybrid car from Guangzhou Vehicle Group Co Ltd (GAC). It is not sure what role the vehicle will take in the movie. Be it one of the robots or just something we see as just a car remains to be seen. But there are hopes the appearence will give the China made vehicle branding exposure with people around the world. 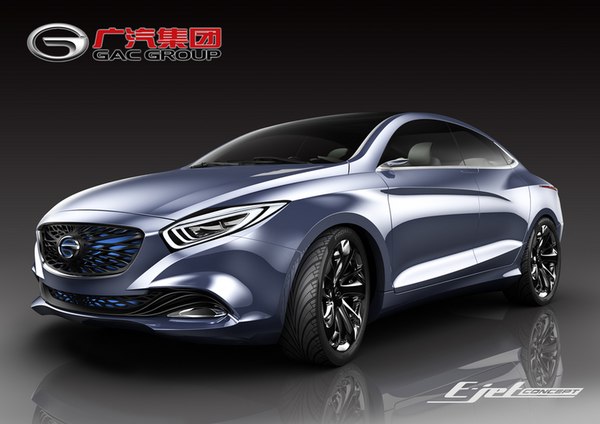 A Chinese-made car is set to make its international movie debut in the fourth "Transformers" film next year in a product placement aimed at raising the profile of Chinese models abroad.

The Trumpchi E-jet, a sleek, plug-in electric hybrid developed by state-owned Guangzhou Automobile Group Co Ltd (GAC) , will feature in "Transformers: Age of Extinction", the fourth in the popular movie franchise due for release in mid-2014, said two people close to GAC, based in the southern Chinese city of Guangzhou.

The "Transformers" series has previously featured other Chinese brands, including PC and TV makers Lenovo Group Ltd and TCL Corp, and Meters/bonwe, a leading leisurewear brand. The movies are among the most popular to be released in China, with "Transformers 3, Dark of the Moon" grossing $165 million in 2011.

"Product placements with "Transformers" would boost the profile of GAC's car brands both at home and abroad," said one of those close to the carmaker, which has local joint ventures with Fiat SpA, Honda Motor Co Ltd, Toyota Motor Corp and Mitsubishi Motors Corp.

Neither source wanted to be named due to confidentiality agreements they signed in connection with the upcoming film. A spokesperson for Paramount Pictures, the movie's distributor, said the company wouldn't confirm specific brands until nearer the release date. Paramount's local partner, China Movie Channel, declined to comment.

The new movie is being filmed in both the United States and China, with Chinese singer/actor Han Geng making his English-language debut, according to a blog posted on Paramount Pictures' Facebook page.

The film's producer, Lorenzo di Bonaventura, told the Beijing News earlier this month the movie would feature locally-made cars. "The world's coolest, most exciting cars will appear in the film, including Chinese vehicles, so whether you're a car enthusiast or not, it will be a feast for the eyes," he said. 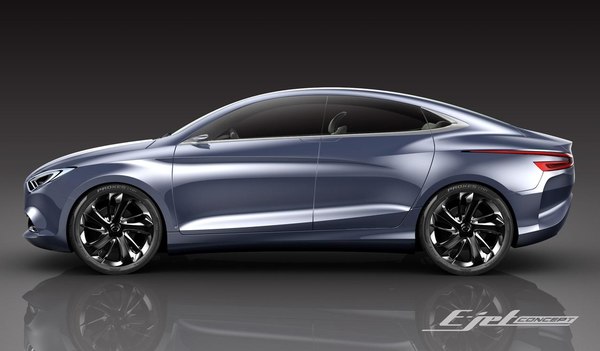 It wasn't clear if the Trumpchi E-jet would be cast as an heroic 'autobot' or evil 'decepticon' - humanoid robots that turn into familiar machines and mechanical objects - or have a more limited non-transforming, drive-on role.

One of those close to GAC said the firm wouldn't want the E-jet to be cast in an evil role. Ultimately, casting will be down to the movie's director Michael Bay.

Previous "Transformers" movies have featured an 'autobot' called Bumblebee based on the Chevrolet Camaro, prompting the company to bring out a Camaro Transformers Special Edition in 2011, which sold more than 1,500 globally, said Michael Albano, a Chevrolet spokesman in Detroit, adding: "We very much look forward to Camaro reprising its role in the upcoming film."

The E-jet, which GAC showed off at the Detroit auto show in January, is a concept car, which the company currently has no plans to commercialize.

As growth slows in the world's largest auto market from break-neck speeds over the past decade, GAC aims to have exports of its Trumpchi brand account for a fifth of total sales in five years. It currently sells just a few hundred cars overseas. Last year, GAC earned a profit of 1.1 billion yuan on sales of around 13 billion yuan ($2.12 billion).

GAC Vice President Xiangdong Huang said this year his company would target emerging markets in Southeast Asia and the Middle East with a line-up of no-frills, gasoline-fuelled cars, while pushing its "new energy" models at developed markets such as the United States. 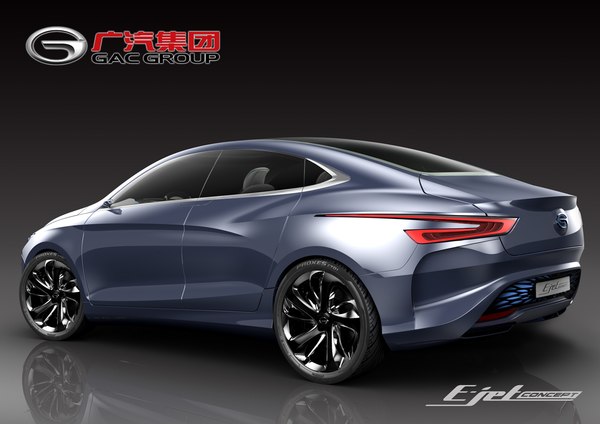